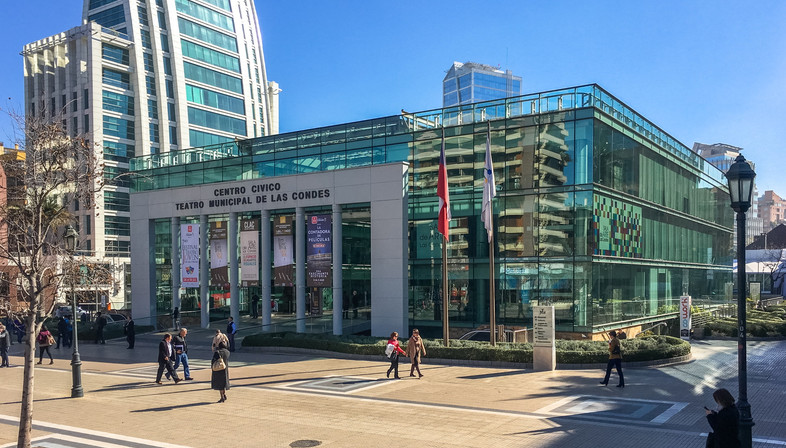 Other photos...
Adriano Pacelli, Brazilian, rounds off his experience as an architecture student with a portfolio as an architecture photographer. He shares with us his shots taken in Santiago de Chile, where he chronicles the extraordinary flow of urban landscapes.


We often forget that, as a discipline, architecture is much more than just the construction of buildings, it also extends to urban planning. This theme is addressed by Adriano Pacelli, a young Brazilian photographer.
Based on the quotation that appears when opening his site “Photography is Architecture”, coined by Marcel Gautherot (1910-1996), a French photographer with a professional career in Brazil, especially during the construction of Brasilia, Adriano Pacelli thinks the exact same thing: “I do believe architecture and photography are equals, but have different names. Good projects make people's life better. Good photography make(s) people's life happier. I take pictures to complete this cycle. Every shot is singular just as a project is. I love doing both. That's why I am graduating in architecture and urbanism school in Campinas - São Paulo, where I discovered I could actually work in this special process of a project, not only appreciate it.”.
Adriano's passion for architecture and images started when he was a child. His mother used to buy architecture magazines and he would spend hours poring through them, closely observing the pictures, the houses, the interior and exterior design of Brazil. That's where he developed his eye. The result is a very personal narrative of architecture with pictures that inspire contemplation, stimulating our imagination and going beyond the simple significant surface.
This characteristic also shines through in the “Chile through the lens” series that Adriano Pacelli has shared with us. He conducted this photographic research in 2017 during a trip he took to Santiago de Chile to personally explore some of the aspects of Chilean architecture.
In addition to being the Chilean capital, with a population of 5 million in the wider metropolitan area, Santiago de Chile is also the country's largest city, and it sits in a wide valley between the snow-capped Andes and the Chilean Coastal Range, at an elevation above sea level of 500 metres. The vibrant historical and artistic heritage of its colonial past mingles with its new buildings, and it is considered one of the Latin American metropolises with the highest quality of life. And this sensation of liveability is exactly what Adriano Pacelli discovered when he was there.
Chileans are not only great architects, they are also good urban planners, because, as Adriano tells us, Santiago is a city that works, and its urban system works too. On that basis, the photographer spent his time in the Chilean capital capturing details and moments that would showcase this reality. He gave himself up to his camera and his instinct, in order to compose this visual promenade that includes images where the old and the modern city come face to face, where citizens comfortably move around their habitat and we can accompany them as they go about their business.
Adriano Pacelli's reportage differs from street or urban photography not only in his eye for architecture but also in his focus on the city system, the same one that he explores on foot to figure out what it is really like to live there. Because the complete narrative of a city is one of the great challenges of architecture photography. What really counts is the dimension of everyday human life in the urban environment, almost in the style of Vivian Meier, beyond the architectural icons and aerial perspectives that the mainstream visual narrative so often flaunts. 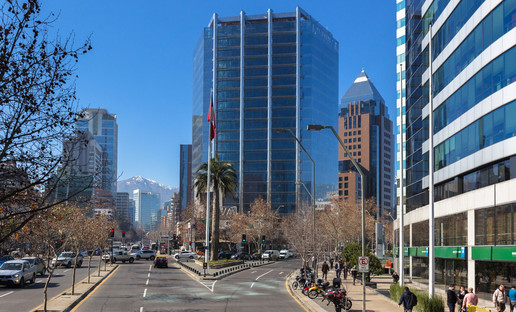 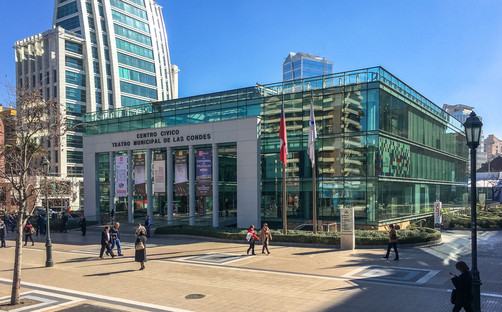 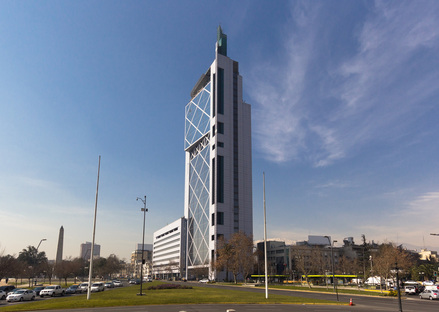 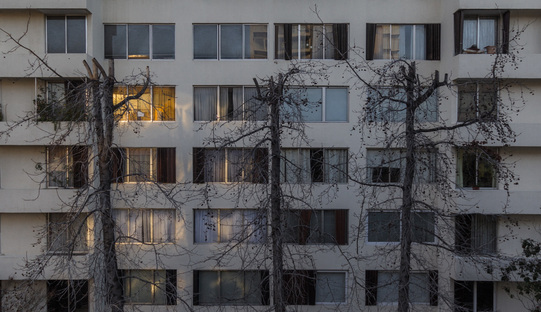 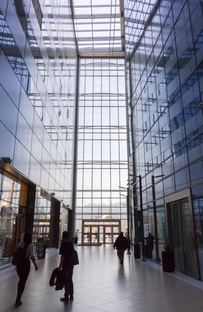 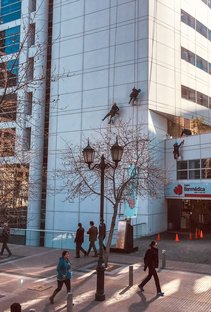 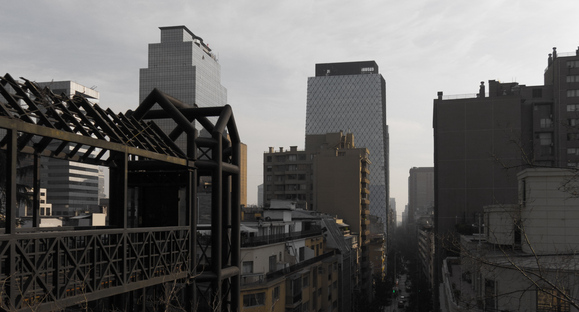 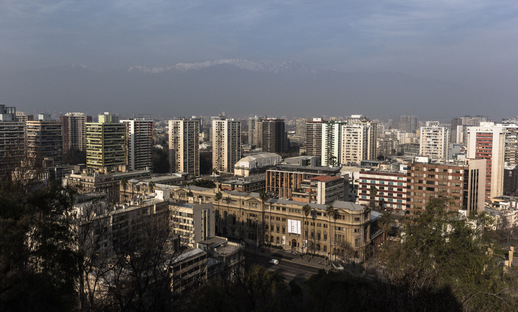 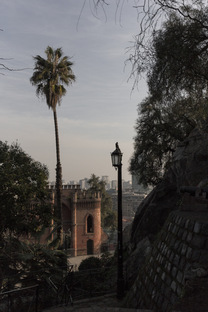 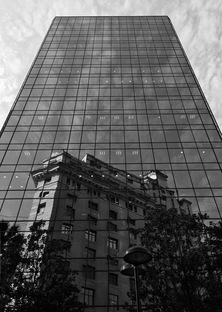