100architects was asked to create an interactive installation about travel for Winter Festival 2015, held in Shanghai by Kick Around The Gong, a company that organises immersive events in real and virtual narrative environments. 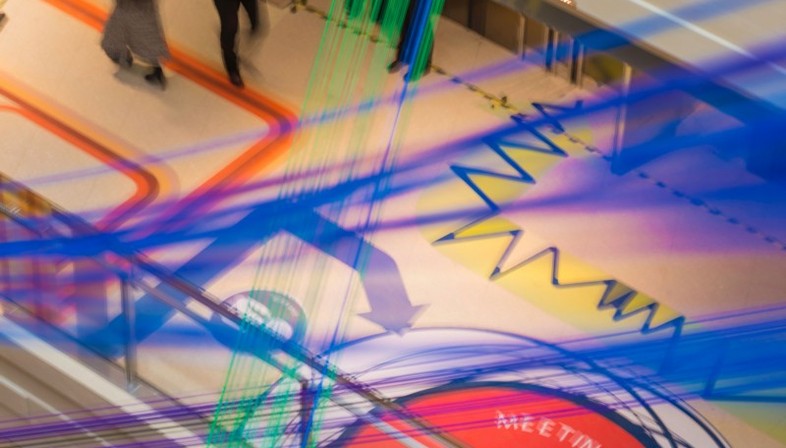 The interactive installation on the theme of "the voyage" which 100architects created for KATG and Winter Festival 2015 is situated in the incomplete structure of a shopping centre on Xintiendi, one of China’s most glamorous streets. The idea was to recreate a vivid voyage, a unique experience which would stay in visitors’ minds forever.

To achieve this goal, what was originally supposed to be a simple installation became a very big and striking attraction. Designed as a series of signs, creating a process of wayfinding that focuses on the route rather than the destination, Fun Finder is a series of 3D and 2D routes in vivid colours which take the form of sculptures, prints hanging on the walls or stuck to the floor, and, above all, coloured threads which are thrown from one room to another and from one floor to another, filling the whole building and making the installation visible from everywhere in it.

Visitors passing through this splash of bright colours may not know where they are going, but definitely know they are going somewhere! 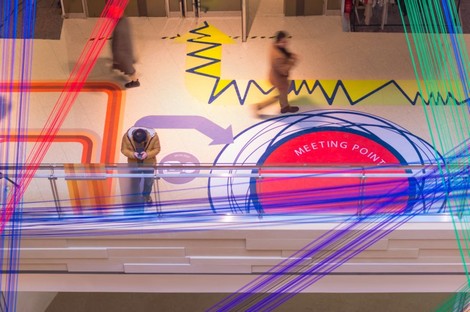 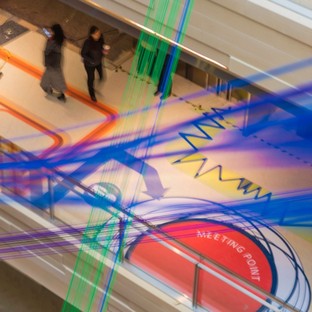 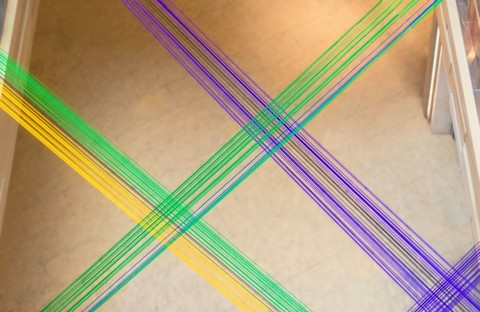 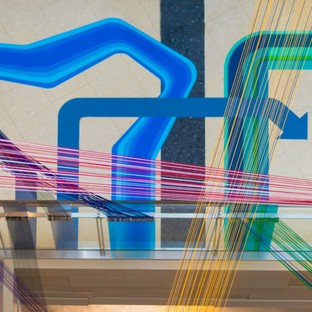 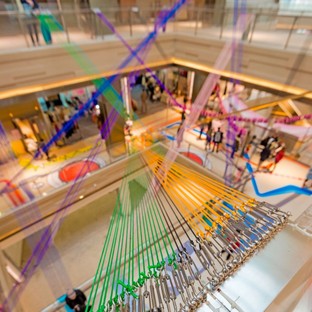 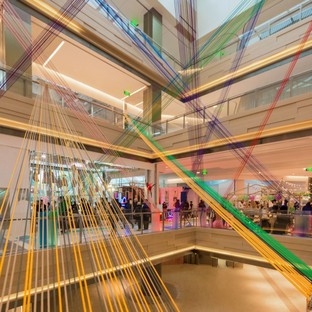 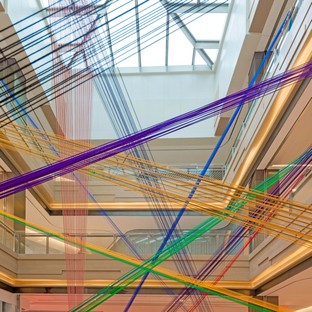 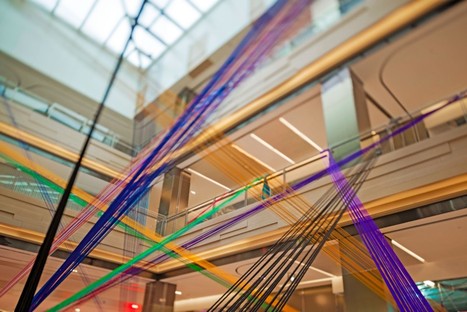 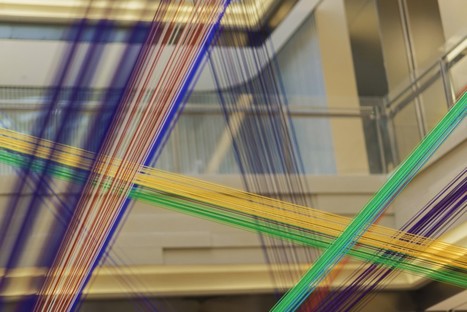 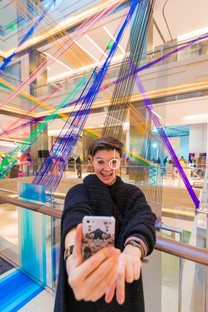 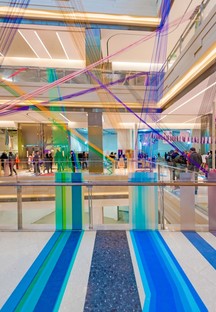 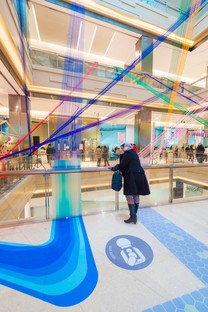