Emanuele Ferraro of Atelier Ferraro, Luisa Alpeggiani and Camila Campos of StudioNotte: three designers under 35 just starting out in the profession, with all the hopes and challenges this entails, participated in the most recent Salone Satellite in Milan. We asked them about the signals their sensitive antennae have captured from the future. Though they are each walking a different path, they all agree that multiculturalism is the way to go. 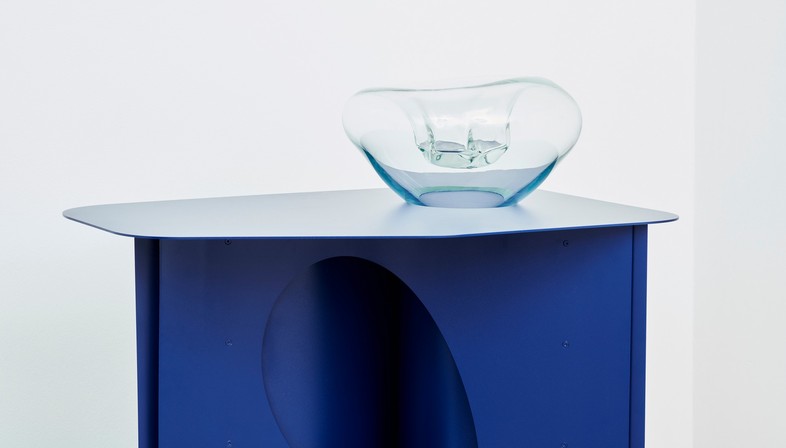 Young designers (and young people in general) are not often interviewed in the official media unless they manage to stand out and excel in some way. And that is hard to do, because the big brands in industries such as furniture, to take just one example, are unlikely to give a lot of credit to the younger generation. This is not an age of experimentation, however odd that may seem, considering how many challenges we face; but the market, often obsessed with a glorious golden age of the past, prefers commercially safe, tried and true solutions. The result is inevitably detrimental to innovation and experimentation. But it is the young designers who are the first to grasp the doubts, trends and directions of the future of design. Salone Satellite, an initiative of the Salone del Mobile di Milano created by Marva Griffin to give a voice to designers under 35 and cast a bridge between them and the world of industry, plays an important role in this context, offering more than 600 young architects a week in the limelight. Last June they included Emanuele Ferraro, founder of Atelier Ferraro, who originally comes from Capri, studied architecture in Pescara, and is now based in Munich. He learned a lot of new things and encountered different cultures on this long voyage. At Salone Satellite he exhibited Superlight, a series of sheet metal tables in which the tabletop rests on three curved sheets in tension, immobilised by screws; in one of them, a dramatic, irregular elliptical eye opens up, lightening the table by removing superfluous material and offering a glimpse of the base. 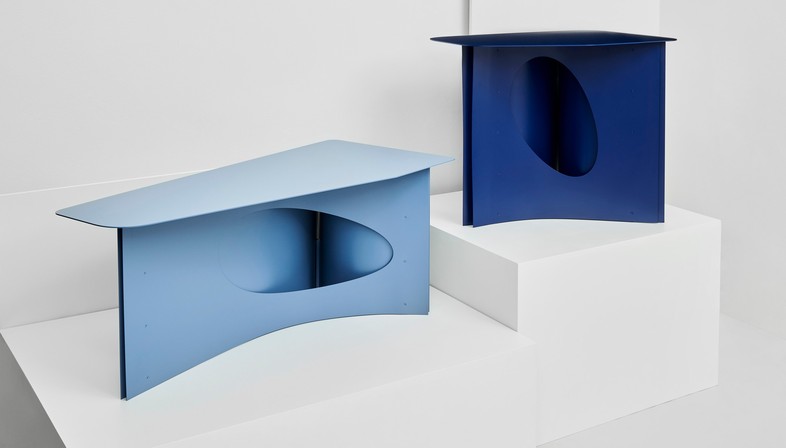 “This is the most interesting time in history for a designer,” says Emanuele, half ironic and half serious; “we have been given an amazing brief: fight for the survival of our species! This may be scary, but it also offers plenty of creative inspiration. In the Superlight table I reduced the amount of material used, basing its stability on controlled tension between elements. Another project of mine, the Max +1.5° chair, is inspired by the limit on the temperature increase our planet must not exceed to prevent irreversible climate change. It’s made from the doors of old kitchen cabinets I found in the dump, with a wooden base, and it can become a lounge chair or a coffee table.” His Folded wall unit is another versatile item: a mirror with a supporting surface which can quickly be transformed into a shelving unit. “These are the principles guiding my work,” continues Emanuele, “reduction, flexibility and reuse of waste materials. The question I ask myself is: do we really need more stuff? What if the design system is part of the problem?” Emanuele Ferraro radically questions what we really need, investigating the possibility of a domestic space that is less crowded than we are used to, in our consumerist society. 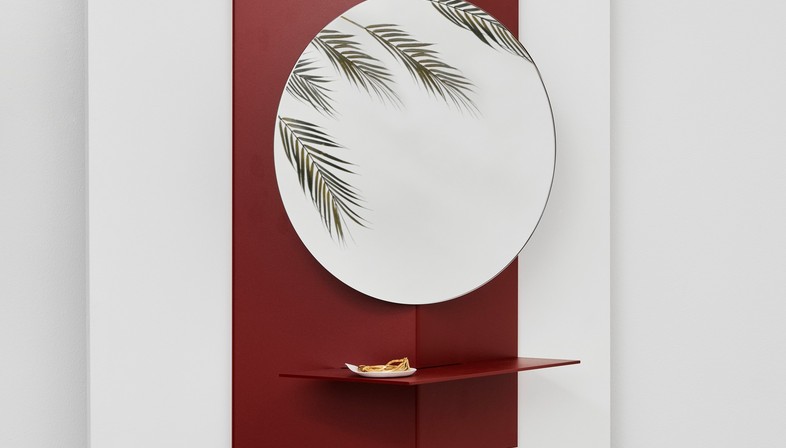 Luisa Alpeggiani and Camila Campos, who met when studying design at Politecnico di Milano, address the professional challenges of multiculturalism: Luisa is Italian, Camila Brazilian. Together they founded StudioNotte in 2019, producing designs inspired by femininity, archaic cultures and inspiration found outside the classic confines of design. They love hand craftsmanship, and work with artisans to produce their designs out of glass, ceramic, and metal. They also participated in Salone Satellite and, like Emanuele, they promote their projects on the web and in exhibitions. One of the high-impact objects created by Luisa and Camila is Altea, a ceramic watering can which is a sort of cross between an archaic goddess figure and a vase with two spouts for the water: a vision combining function with evocation, making Altea a presence that seems almost alive, with a definitely female body. “Our work is the result of a poetic view of things,” explains Luisa; “we choose items designers rarely work with, such as a watering can. We drew our inspiration for Altea from votive statues; it’s like a statue protecting the houseplants. Our first project was an exploration of the kitchen: we recognised that cooking is all about chemistry, and created vases, oil bottles, salt shakers and trays inspired by laboratory beakers”. 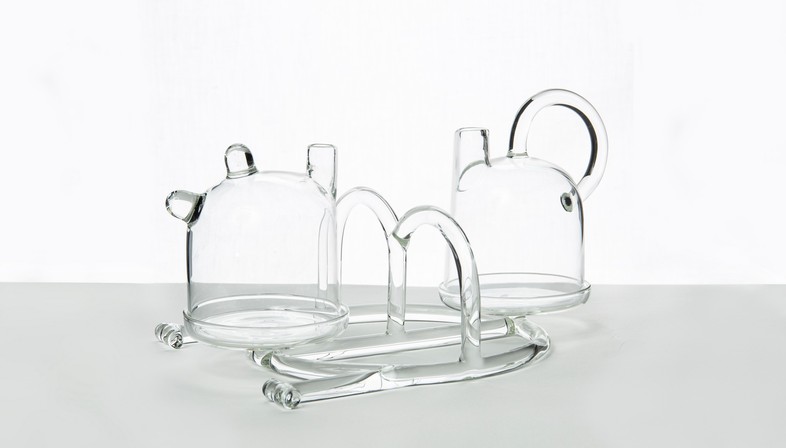 It was another interesting source of inspiration that led the two designers of StudioNotte to create their Lina and Minas projects – a table and stool, in the first case, and a centrepiece, in the second - in which sheets of metal are stitched together with colourful cords, as if they were fabrics, so that the buyer can take them apart and put them back together in different ways. A vision inspired by history, by the traditions of Sao Paulo, Brazil, but also by the future, which Luisa and Camila, like Emanuele, believe to be made up of fluid shapes that can be taken apart and adapted in response to change. 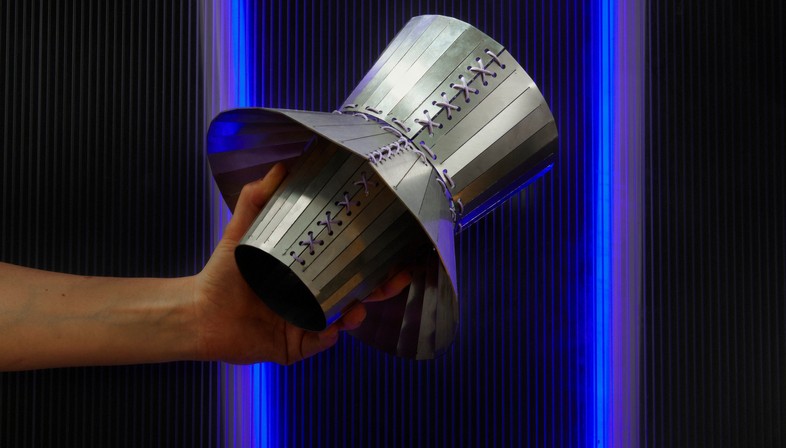 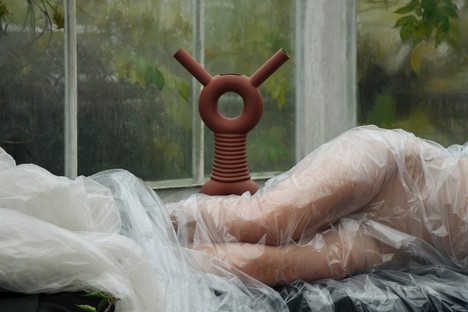 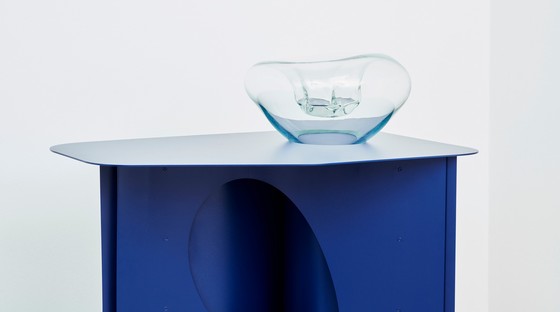 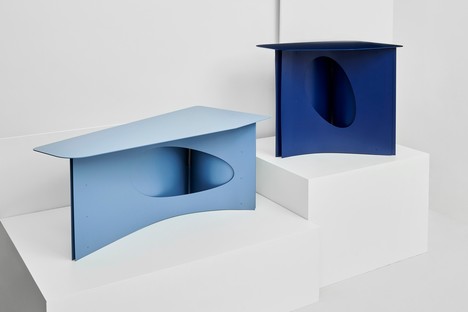 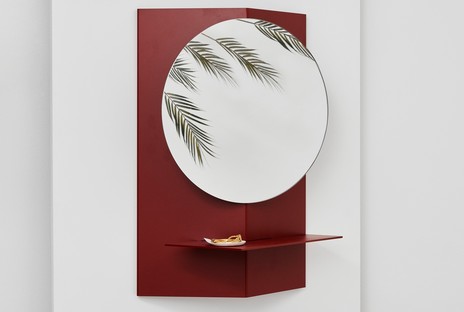 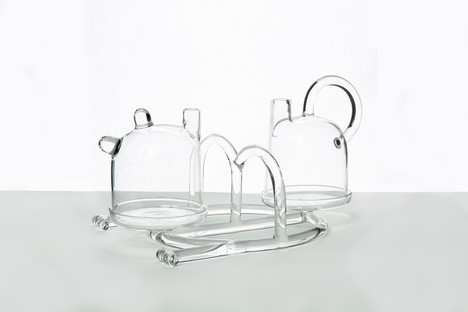 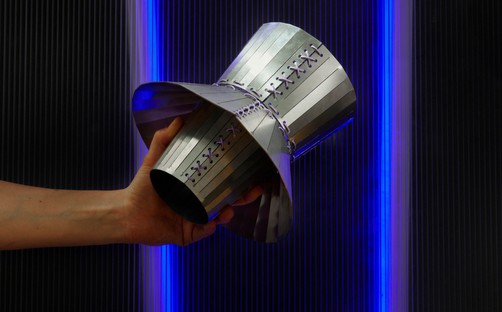 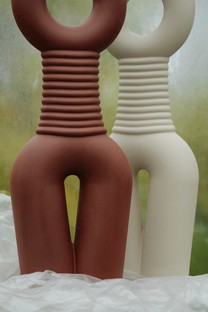 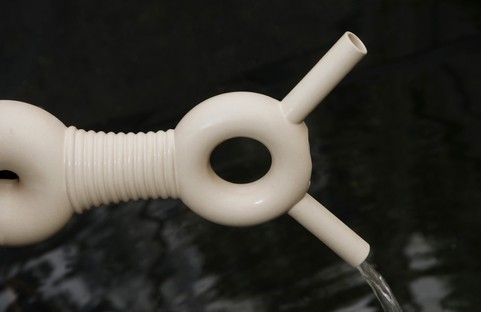 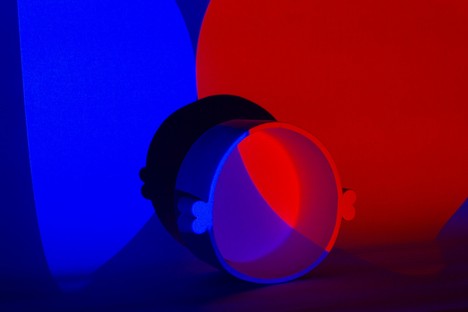 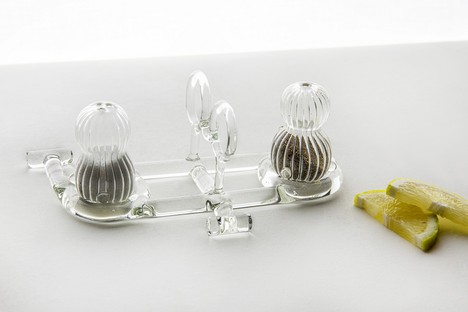 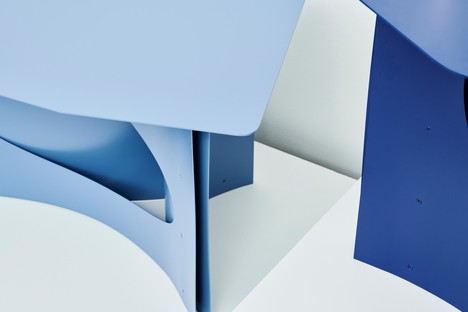 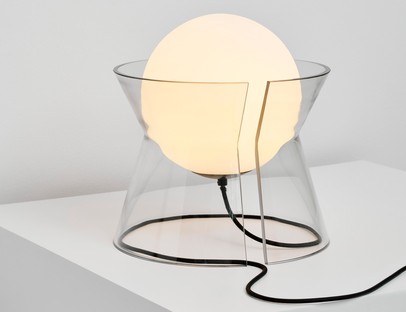 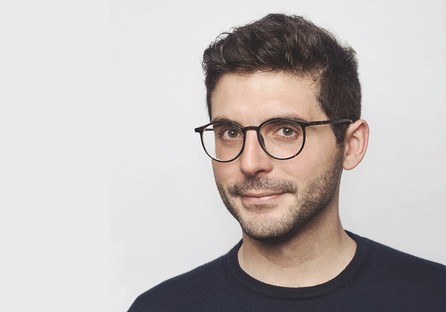