How do children play outside? And where? This was what Francis Alÿs wondered when, almost by chance, he started filming children playing all over the world, from Afghanistan to the Congo, from Hong Kong to Mexico. The result is a series of powerful, evocative videos, ‘Children’s Games 1999-2022’, screening at Copenhagen Contemporary: a reflection on play in public spaces, its creative power, and how it is slowly disappearing. Children no longer play in the streets and squares of big cities in the western world. At least not alone, and not freely. And, above all, they spend less and less time playing outside. This common phenomenon is a loss that is going unnoticed, with a number of different but converging causes: the invasive presence of cars, parents’ fears, the lack of appropriate spaces for play, and the fact that even children are short of time these days, increasingly caught up in all kinds of ‘organised’ activities. The invasive presence of digital technologies casts a further shadow over children’s play, consuming time and eliminating physical contact even in children’s lives. In the face of this phenomenon, which is unfolding right before our eyes but does not really seem to worry anyone – politicians, administrators, urban planners, educators – Francis Alÿs, a world-renowned artist from Belgium with a background in architecture and a commitment to social issues, began a long process of documenting the way children play outside back in 1999. The result is a series of videos, ‘Children’s Games 1999-2022’, which have been brought together for the first time in a major exhibition at CC-Copenaghen Contemporary centre for art and culture in the Danish capital until 10 April 2023.

Alÿs started filming children’s games as a way of initiating dialogue with the communities he travelled in. This led him to reflect on the absolute value of a tradition that originated spontaneously and has been handed down from generation to generation at the global level (the dynamics of many of the games are the same all over the world) and are at risk of disappearing. What will disappear with them is one of the unique things about being human: creativity. Playing in public spaces with other children, becoming familiar with places, people, and dynamics, testing one’s abilities, inventing things, having fun and being curious develop the social and creative talents indispensable for evolution. All this is documented in Alÿs’s films recorded all over the world, including many filmed during the pandemic: ‘Reel-Unreel’ on the streets of Kabul, where children run using a stick to drive metal circles or reeling and unreeling old reels of film along the city streets. Or ‘Step on a Crack’ in Hong Kong, in which a little girl jumps over the lines and cracks in the pavement on her way from home to school and back again. Then there’s ‘Rubi’, a miniature soccer game played by two opponents in Tabacongo, in the Democratic Republic of Congo, using a marble as a ball and wooden sticks stuck in the ground as players.

The videos need no explanation; they are put together in a way that ensures that spectators understand the rules of the game with no need for any further information. In filming the children, Alÿs manages to represent the scenario around them, appearing in the background and standing out forcefully thanks to the narrative stratagem of the game. “I loved the filming,” says the artist, “I loved the surprise element. For as much as you try to grasp the essential rules of the game you’re going to film, you’re constantly trying to figure out: what are they doing, and how do I respond to that? I can offer a version that would make the game understandable to anybody, both in terms of the rules of the game itself, but also in terms of location.” Adding that “The action itself was a pretext so that people would look at the city behind, and the life of the city, in this case, at a particular moment of its history, but it was a way of creating ambulation, a journey, through a place, and to portrait it, but without making it the first protagonist.” A stratagem that takes on a poetic tone and becomes a condemnation, in the absorbed, innocent eyes of the children present in all the films.

The point of Francis Alÿs’s work and the exhibition at CC-Copenhagen Contemporary, a centre for contemporary culture in a welding hall in a former industrial area, which now hosts a packed calendar of exhibitions, debates, concerts and workshops - many of which are for children - is to draw attention to the loss of spaces and opportunities for free play. This is not a detail: “Humans cannot live without play!” emphaises Marie Laurberg, director of CC. “‘Children’s Games’ reminds us about play’s unique potential for promoting joy of life and creativity – qualities we should encourage and support in children and teens, and in our society as a whole.” This is an appeal to the world of design, inspiring designers to create the conditions for free play in our cities as an indispensable way of preserving the creative spirit that nourishes design itself. Which must be cultivated through play, right from the start. 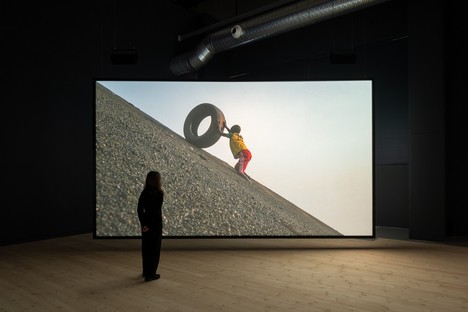 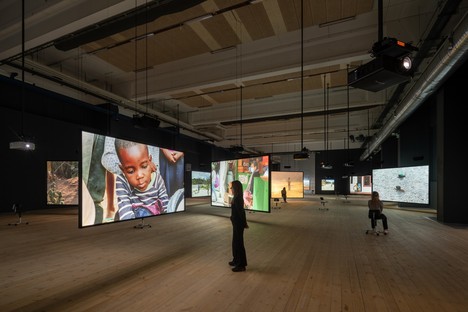