“Larger than life but part of it, infrastructure has an immediate presence; it shapes our environment and urban life in vital, authentic, and often messy ways” - Weiss/Manfredi 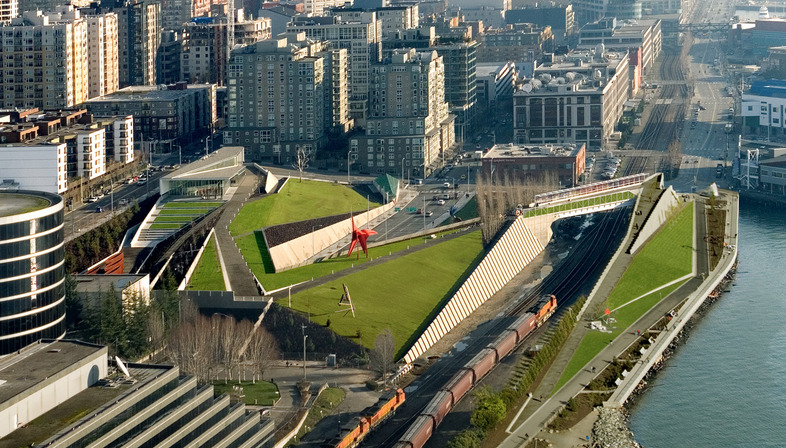 “Intricacy that counts is mainly intricacy at eye level, change in the rise of ground, groupings of trees, openings leading to various focal points—in short, subtle expressions of difference. The subtle differences in setting are then exaggerated by the differences in use that grow up among them.” ― Jane Jacobs, 'The Death and Life of Great American Cities' .

Infrastructural veins of metropolis are acquiring a new uplift, not anymore mono-functional, but as catalyst of cultural and recreational activities. Highways, bridges, subways set the stages no longer for point-to-point destination, but as realms of social encounter and exchange. Provocative and innovative have been many of the attempts conceived and proposed to define the future of the crowded network of infrastructural systems that mark growth and evolution of the contemporary urban fabric. Futuristic solutions investigate how to reshape the skeletal nudity of these massive presences, preserving the scarcity of natural resources and alleviating the exponential increase of population.The explorations strategize improvements for our way of living, colonizing the existing with new programs coverage, challenging our familiar, common vision of functions and forms. 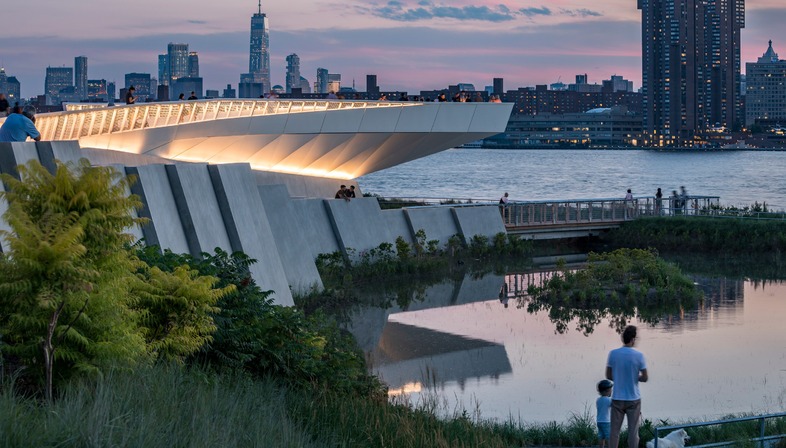 In our 21st century, we have to accept a new concept of ever changing architecture with evolutive solutions that, without denying but taking advantage of an advanced technology, tries to seek a balance between natural and built. This overwhelming imprint of highways, railways, utility lines on our lands is one of the alluring reality on which focuses Weiss/Manfredi studio’s research. Recognizing the inexorable, indispensable reality, increasing in accordance with the needs of a developing public territory, they try to find a remedy for the bizarre resonant paradox: the fragmentation caused by all these new opportunities to link faster and faster our communities. Dividing and connecting, immobility and dynamicity end up to identify the landscape with no possibility of a dialogue between themselves.
Weiss/Manfredi envision an architecture that aggregates and facilitates interaction, proximity and social cohesion by a multi-layered stratification of infrastructural textures, circulation lines and leveling. Their interventions thrive, creating visual and physical impact, to stimulate an important interwoven spatial in-between node to larger outer context. Their responsive and adaptive design investigates a new performance flexibility, activating sectional opportunities, that incorporate vibrant functions. Geometries of fractal architecture evolve according to an efficient and dynamic relationship between the structures and the users. Infrastructures find, through new paradigms, an additional performant role, integrating environmental, formal and social criteria. 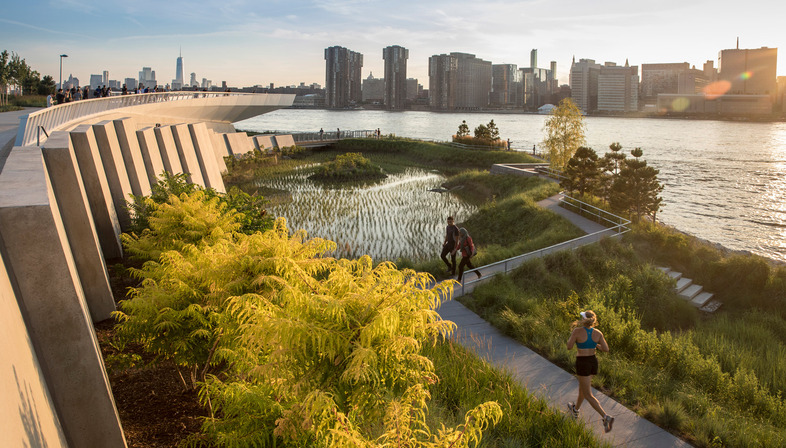 As they proposed with Seattle Olympic Sculpture Park, where three parcels of land separated by train lines and highways, become art stages, disposed on different levels, that bring from the city context to the beach’s edge. Seattle Olympic Sculpture Park and the recent Hunter’s Point South Waterfront Park are exemplar alchemic syntheses of their manifesto. The first work exploits the vertical discontinuity of the landform, three parcels separated by train tracks and highways, developing the deliberate unfolding of a ‘layering gesture’ on the topography. Walkways, viewing terraces, and art platforms create vivacity and opportunities for a kinetic multi-program.
The second project is about the rebirth of thirty acres of an underutilized postindustrial waterfront, in Queens, N.Y. A series of sustainable initiatives has conferred an unexpected inclusive strength to the site. The new language, fully expressing the potential of the strategical location, has finally put an end to the plague of the desolate state of isolation, abandon and chronic disinvestment, proposing the fresh scenarios of 'a model of coastal resilience'.


“Larger than life but part of it, infrastructure has an immediate presence; it shapes our environment and urban life in vital, authentic, and often messy ways”. - Weiss/Manfredi

1. In my last issue I talked about ‘archi-puncture’ on urban meridians,: interventions that work along pressure points, releasing energy flow. Regarding the High Line, an important achievement was to create an architecture in constant evolution, that would not remain static but continue to offer occasions for interaction and social collaborations. Could you tell me a bit about some of your projects, as for example Hunter’s Point South Waterfront or Seattle Olympic Sculpture Park that, embodying same catalyzing strength, once finished, maintain an active public role, polarizing attention and stimulating inclusiveness?

We strive to create projects that are in constant evolution. At the Olympic Sculpture Park, for example, change and evolution occurs at multiple levels: as a setting for art, each year new artists are invited to create works that collectively provide a dynamic and evolving environment. At the ecological level, we’ve created a new beach and underwater terraces to encourage salmon habitation. As such, this part of the park is in constant change as new habitats are established, and as different tidal settings reveal the changing geometries of the water terraces.

2. Working a lot with private institutions as the Diana Center at Barnard College and Roosevelt Island Cornell Technion campus, how are you able as architects, dealing with spaces destined to privatization, to integration and connect them with the public realm?

When we work with private institutions, we try to create public spaces that greatly increase the interfaces between the traditional public realm and the new private realm. Often, these spaces were not part of the original program, but become important generators of activity between private worlds and public worlds.

3. In your recent publication ‘Public Natures: Evolutionary Infrastructure’, you spoke about the importance of highways, bridges, flood-resistant structures, railways, subway lines, and distribution grids that todays shouldn't be anymore mono-functional but vital for innovative and creative ’positive spillover effects’ on the surrounding. Which are the challenges you face working on multitude of infrastructures and on different topographical levels?

The primary challenges are the disciplinary boundaries that are endemic to our current administrative and political climate. Broad infrastructural solutions that are ecologically beneficial defy disciplinary boundaries: architecture, ecology, and engineering all need to be considered simultaneously. Projects like the Olympic Sculpture Park and Hunter’s Point South Waterfront Park benefit from the interweaving of disciplines.

4. Your design really explores a choreographic and cinematic sequence of dynamic scenarios. Which kind of process implies satisfying complex sociological and urban experiences?

We believe that architecture is not static, but one of its great gifts is to reveal through movement the multiple settings that constitute a vibrant urban life. As such, creating new topographies, new promenades, and new choreographies in our buildings encourages a more socially engaging architecture and responds to a larger context.

5. Young architects today are facing a very difficult and competitive situation. Which advice do you believe, as both teachers and professionals, is essential to address?

For students, it is important to maintain enduring curiosity, a willingness to be surprised and stimulated by a breadth of ideas, to travel broadly, and to exercise a strong work ethic.

6. You talk about a multifaceted architecture, "a larger territory for expression’, with different professions and disciplines working together, to create ‘new connection between city and garden, art and ecology, and infrastructure and intimacy". Which prototypical ideal do you feel architecture has to envision for the future?

During the Renaissance, architects were generalists, expected to engage a broad range  of disciplines and project types. As part of the process of industrialization over the past 200 years, specialization has come to dominate problem-solving. We believe that the contemporary problems we face defy specialized solutions, and the role of architecture as a generalized field of engagement is increasingly important.

7. Apart from the great exploration in bold forms, geometries and stratified territorial gestures, your buildings follow a fil rouge: Brooklyn Botanical Garden Visitor Center, Novartis Visitor Reception and Hunter’s Point South Waterfront, attuned to an ecological footprint, embed engineering and technological material innovations. How do you select and discover potential of new materials in the infinite offers of todays market?

Each project is an opportunity to test both new and established materials. Throughout the development of each project, we engage a broad community of material experts and fabricators. We are also constantly researching the use of new and hybrid materials, and yet we are also drawn to new techniques to manipulate traditional materials, whether those are the earth itself or materials that have always been part of the traditional of architecture, such as brick. 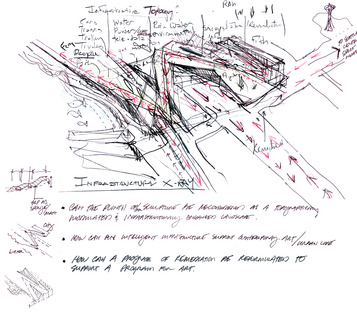 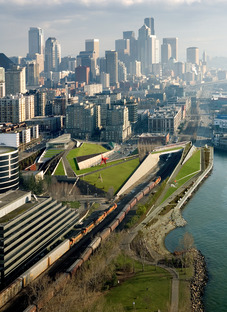 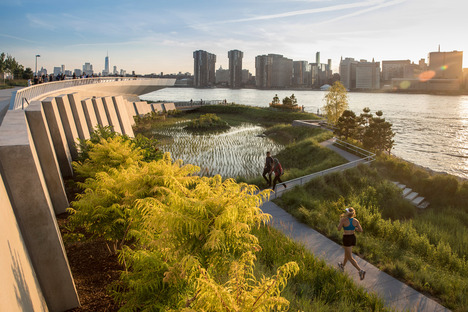 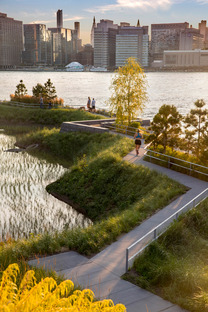 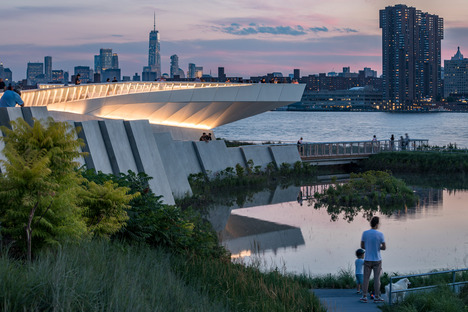 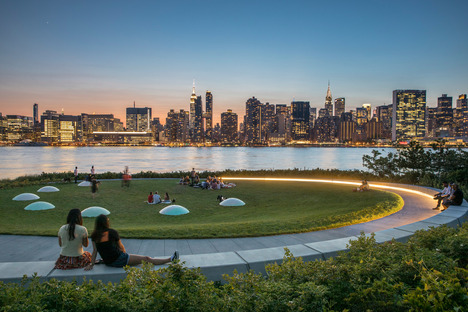 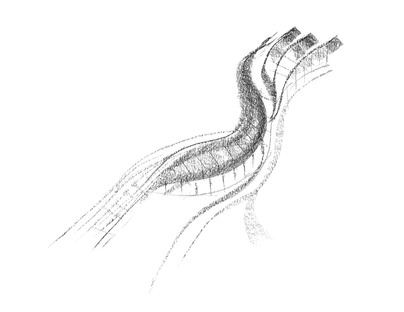 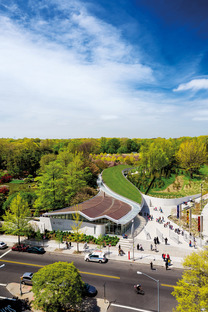 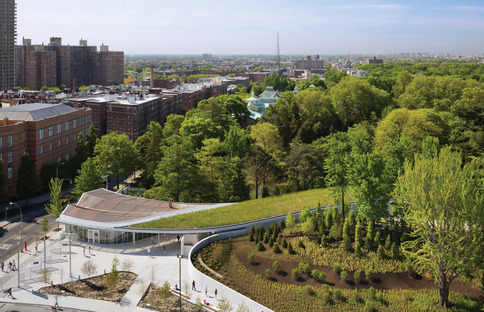 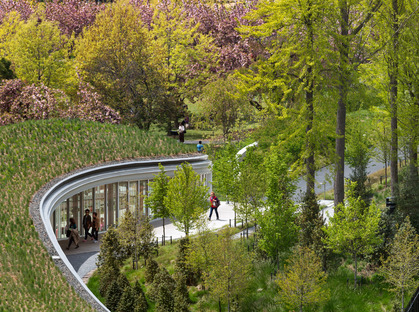 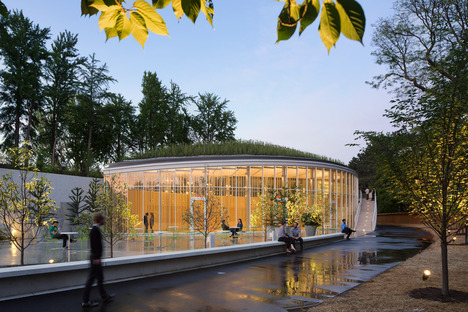 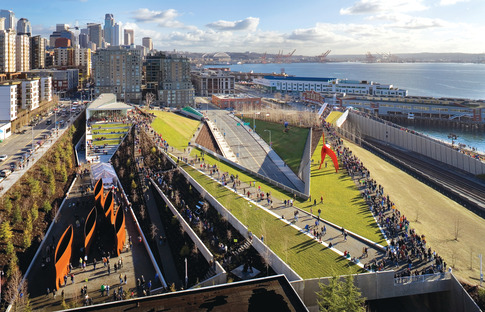 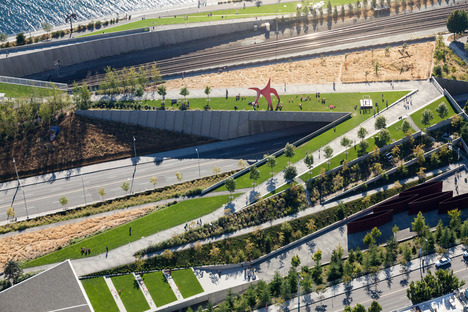 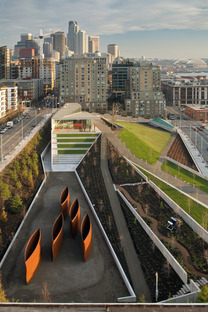 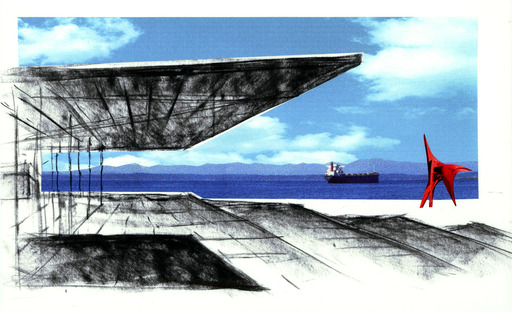 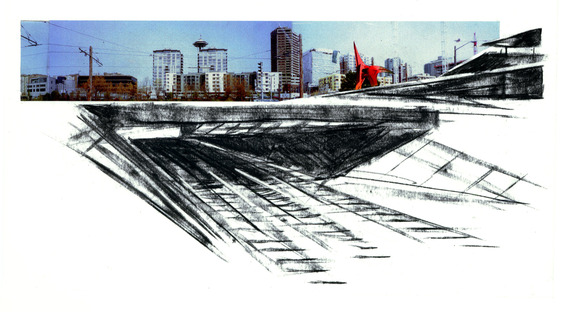 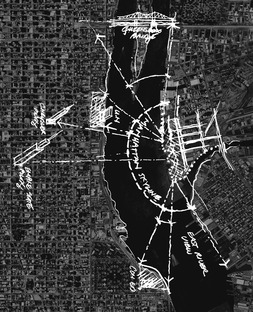 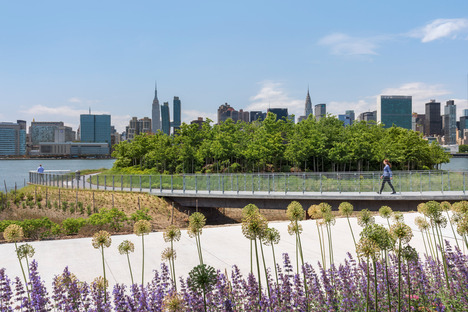 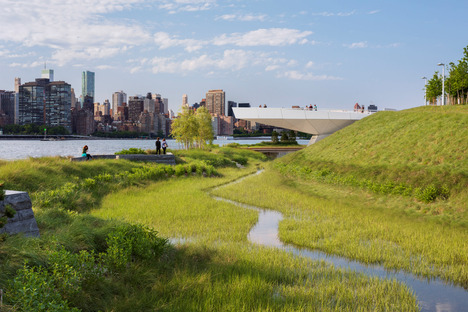 The body seen in the mirror: fashion and psyche