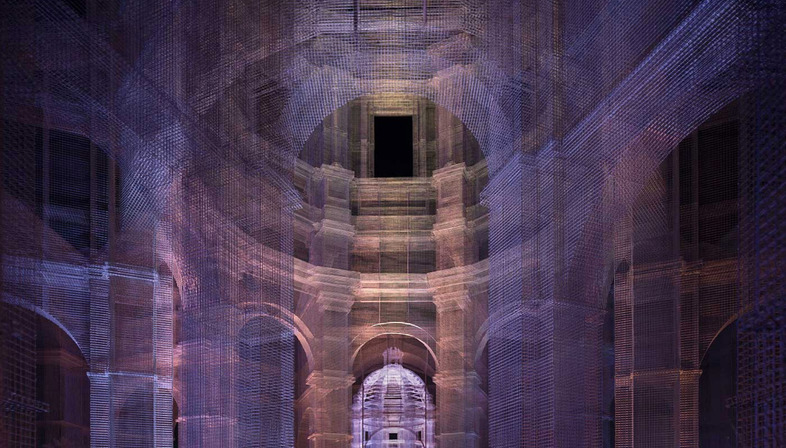 Slightly older than 30, already with a series of achievements and awards that could provoke envy even to the most affirmed artists. The tangible three-dimensional fluidity of Edoardo Tresoldi’s hypnotizing works unfolds in space, obtaining an enthusiastic consensus hymn all over the world. Launched by the reconstruction of the missing volumes of the Basilica of Siponto, commissioned in 2016, he impressed everyone with his sculptural wire mesh reinterpretation. Highly suggestive and engaging is the impact: the iron threads embroider an ideal bridge between time and history, reviving memories. Various artistic experiences of his first years of formation and maturation— scenography, sculpture, music and cinema— converge with meaningful syncretism in the new expressive form. The work, courageous and unusual for the archaeological context, confers an enormous added value to the site, giving to the young artist, a prestigious recognition, the gold medal for Italian architecture by the Triennale di Milano. 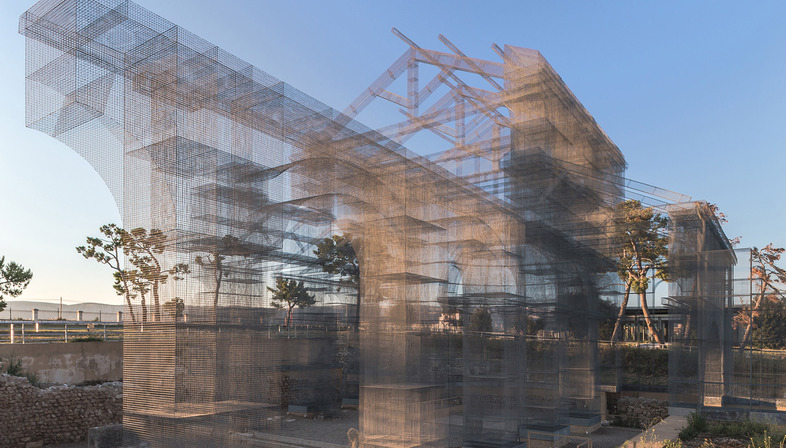 The scenarios widen and Tresoldi’s creative versatility experiments on different platforms, from the backdrops of uncontaminated natural landscapes, which offer to him an interesting canvas to weave immersive, sublime proposals, to iconic urban moments, and important containers.Within Le Bon Marche’ Rive Gauche, in Paris, the elegant installation, Aura, plays, in the absence of natural elements, on the more and less material physicality of two fragments of a Baroque past, dragging with intensity into depths and layers, barely perceivable, left to slowly dissolve, eroded by time. Archetipo, for the occasion of a private event in the Middle East, reinvents the cross section of a Renaissance vision, made by the voluptuous opulence of harmonious classical volutes that hover with evanescent rhythms in space.

A new perspective on urban scale in Barcelona, ​​rooted on the roof of L'Illa Diagonal, building of the Pritzker Prize Rafael Moneo and Manuel de Solà-Morales, gives birth to Limes, a return to the figurative architecture, where the sequence of sculptural profiles overlooks the famous, chaotic Avinguda Diagonal, emphasizing the public space 'as a theater of human interactions'.With a visual-sound performance comes to life Locus, an installation on the sea, ideal place for a story of silence and reflection on man and infinity. Away from the silence of contemplation and into a universal common ground of sound, Coachella Valley Music and Arts Festival, in California, one of the most important and expected annual events in the world, suggests a fantastic heterogeneous context, rich of different narrative, where Etherea with the vibrations of an architecture that replicates itself endlessly, exploits a neoclassical syntax to express the sacrality of unity, above all races or religion. 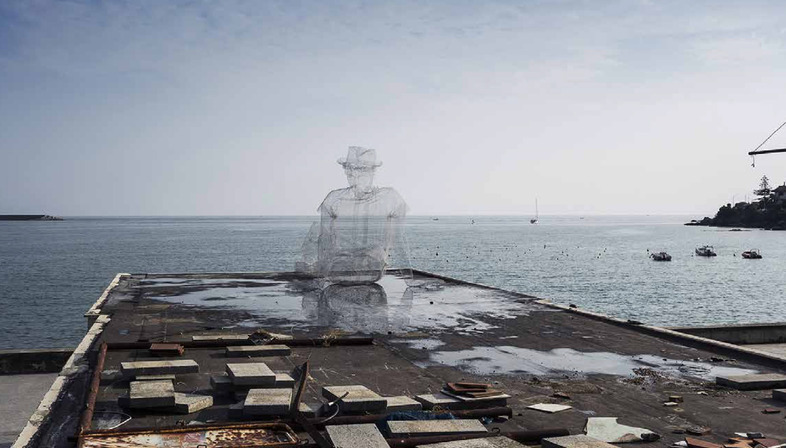 Filaments, lines and segments densely intersect exploding in the sky, volumetrically amplifying architectural signs, mainly re-proposing a classical repertoire. Abstraction and materiality play on the counterpoint, in a melodic combination of contrasts and complementarity and the strong visual acts vibrate in their seductive, diaphanous appearance, generating emotional empathy in the instance of silence. This extraordinary virtuosity gravitates upon us and dominates us: the theatrical presences, illuminated by strategic lighting, blur the rigid incisiveness of the contours, pulsing with new life. Delicacy, lightness soften the bold steel skeletons, which embody a melancholy halo of memories: the emotional narrative reminds us of the past and we live the illusion of their material volumes. As in a dream, they take us by the hand and lead us on a journey through an ethereal but tangible world of shadows and ghosts. They light up in the darkness and like fireflies flit around us: the intensity of the encounter is moving.

1. You have been awarded one prestigious Italian architecture recognition: what does architecture represent for your work?
Why the choice of architectural archetypes as subjects of your inspiration?

Architecture is a language that I use not only for its functional characteristics, but for the emotional narrative and the experiential situation that it can generate.

As an Italian, the classical archetypes are deeply rooted in my imagination and I utilize them, moving into a different semantic field, to tell the sacred dimension that man identifies in places and in natural elements.

A few months ago, together with Goldenvoice, we decided to donate one of the three installations that constitute Etherea -presented at Coachella festival 2018 - to the city of Coachella, reinstalling the piece inside a new public space. It has been an interesting opportunity for create connections between the European and Californian cultural heritage, to which belong most of the collaborators who helped me and my team to realize Etherea.


2.  With your installations do you intend to bridge or emphasize the distance between past and present?

Wire mesh has defined the two main points of my research: Absent Matter and Metaphysical Ruin - its application on the historical substrate -intended to project into reality something that is not there, or that has existed and has disappeared.

The duration of my works depends on the narrative I want to develop, the place and the typology. The Basilica of Siponto, my only work so far conceived in relation to a historical pre-existence, has established an unprecedented dialogue between ancient and contemporary, allowing the public to relate with time and history according to an empathic reading key.

3.  Which role do light, natural and artificial, and music, play in the emotional intensity of your narratives?

There is a connection between all creative forms and I strongly believe in the contamination between the arts and in the dematerialization of their limits. Some experiments that I am carrying out in this period and part of my artistic research tend to this.

The impermanence of light and music, their liquid and abstract dimension, somehow make them counterparts to Materia Assente and to my sculptural narrative about the ephemeral.
By interpenetrating together, they are able to give life to a performative unicum that blends different but similar contemporary languages.

4.  ‘Art is difficult, it’s not entertainment’. You have certainly followed a difficult passion, even if today it is hard to practice almost every profession: what you should like to suggest to young talents?

To intercept the new languages ​​of a society, especially those related to technology and communication, which have completely revolutionized themselves after the crisis. They are in continuous transformation and it is necessary to know how to grasp, codify and translate their processes, managing to foresee also the consequent evolution of values. 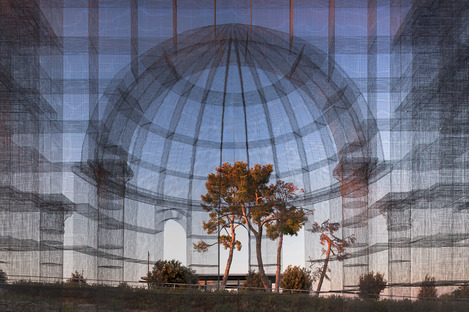 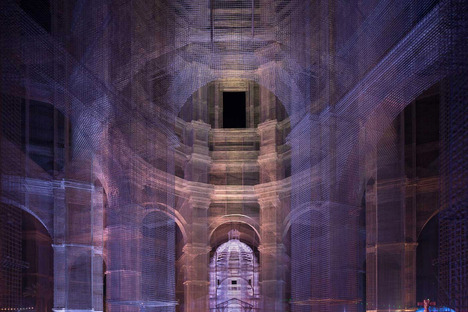 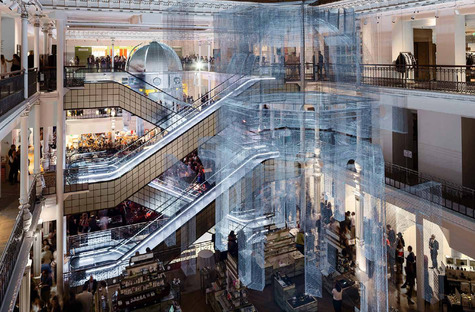 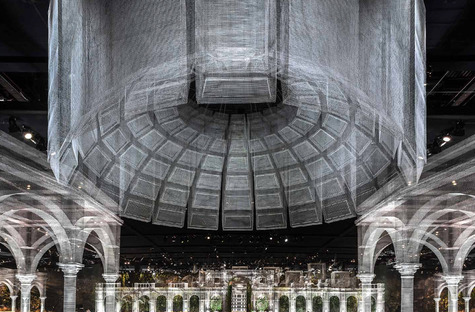 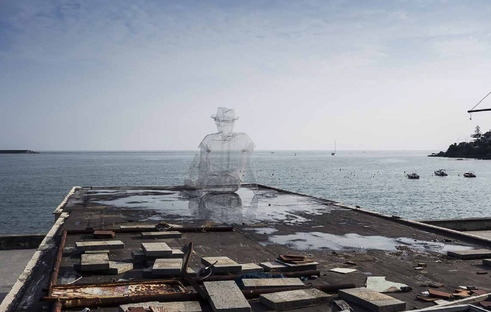 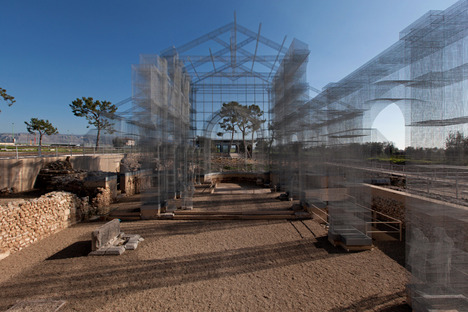 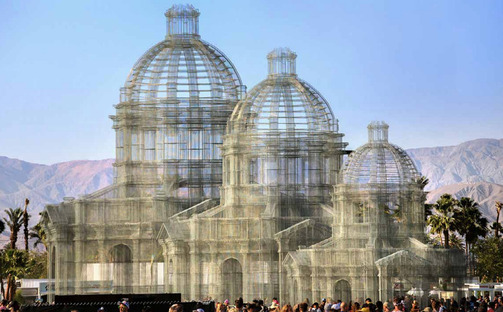 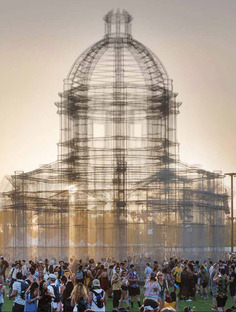 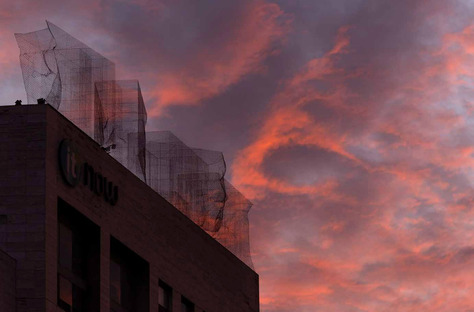 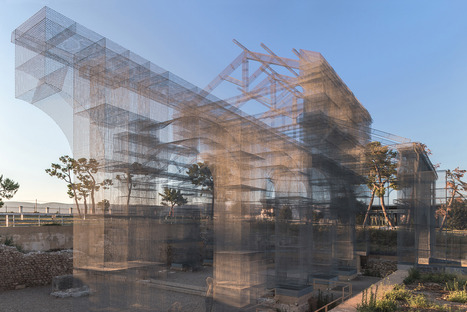 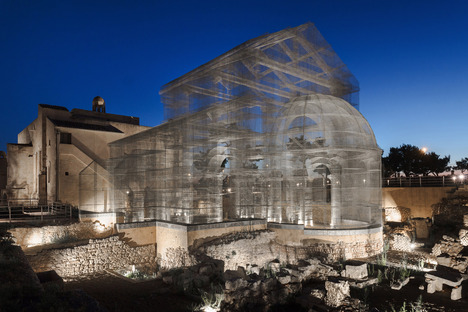 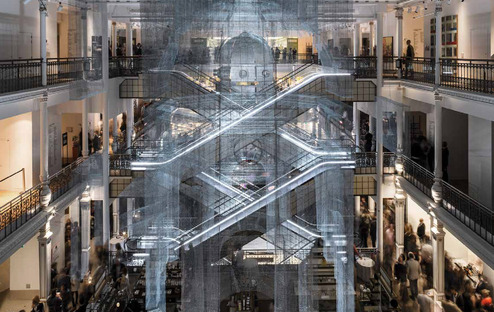