Dutch artist and designer Berndnaut Smilde has managed to dominate the natural elements. With a smoke machine, a hygrometer and several years of experiments, Smilde has learned to create clouds anywhere, though only for a very brief time. Just enough to amaze and awaken the curiosity of the public and the industry: after all, who wouldn’t like to have their own little cloud at home? 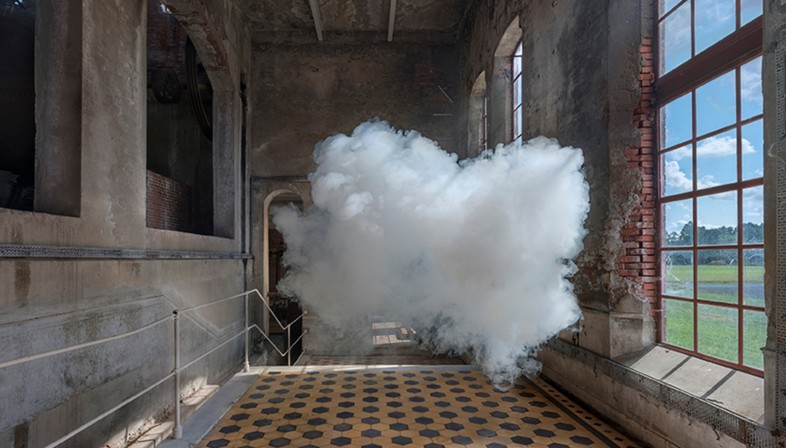 We live in an age dominated by aesthetics, in every area. We are asked to accomplish the impossible to amaze and astound people, and we do it with the aid of research and technology. Experimenters in this field include Dutch artist Berndnaut Smilde, who reproduces unique natural elements indoors to create dream-like images that are almost surreal, yet highly concrete. Smilde’s work brings nature, and particularly weather, into small, familiar spaces such as workplaces, museums and exhibitions, iconic spaces of ancient and contemporary architecture.

The possibility of replicating natural phenomena has always attracted a lot of study, but only in recent decades has it taken significant steps towards becoming reality: in addition to Smilde’s work, Cloud Seeding has been widely practiced in China since the turn of the millennium.

Berndnaut Smilde is a true cloud-maker. His clouds, as seen in photographs, convey conflicting emotions of freedom and lightness enclosed within the walls, stones or glass of an architectural structure. Today’s rapid image-based social communications have provided essential support for Smilde’s idea: photographs of his earliest installations, dating back to 2007-2008, have been seen all over the world. 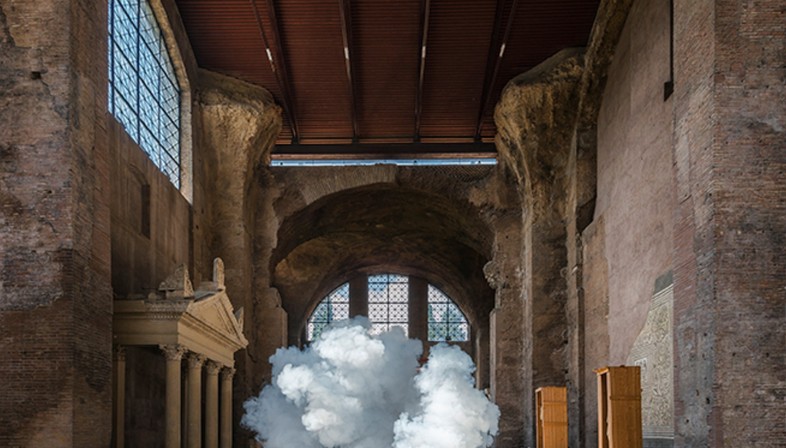 Famous Danish contemporary artist Ólafur Elíasson also makes frequent use of elementary materials such as light, water and mist in works of great visual impact such as “The Weather Projectt”, an installation permitting total immersion in sunlight exhibited at the Tate Modern in 2003, or his 2011 work “Your Rainbow Panorama”, a round structure installed above the roof of Denmark’s ARoS Art Museum, in which visitors could walk all around its 150 metre perimeter immersed in a rainbow while enjoying breath-taking views of the city of Aarhus.

The imaginative Smilde is the new heir to this form of “weather art”. Smilde’s works last only a few seconds, but the paradoxical sight of a cloud trapped in an indoor space turns adults into children once again, to the artist’s satisfaction. 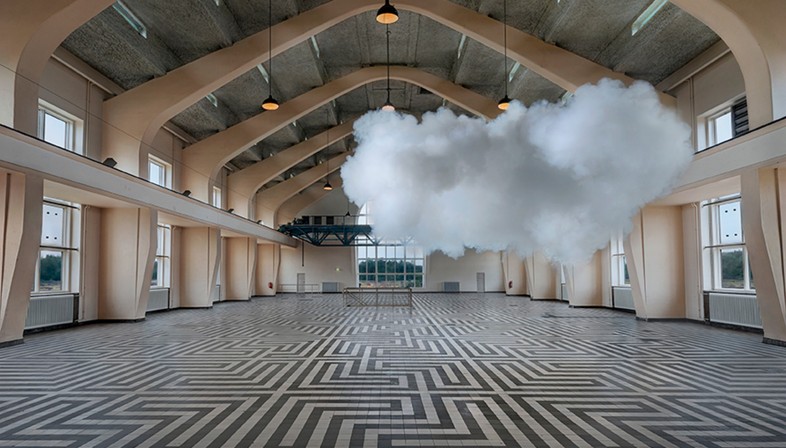 At one time, the most realistic representation of a cloud could be found in paintings, and this may be where the Dutch artist found his inspiration; but he goes beyond the world of painting to give clouds a true highly evocative physical form.

And not just clouds: Berndnaut Smilde is also an expert rainbow-maker. The work that goes into his installations is concentrated on calibrating light and moisture to perfection: all he needs is a smoke machine, a hygrometer – and many, many years of experience!
Smilde’s work is currently on exhibit at the World Expo in Dubai, in London’s Ronchini Gallery and in his homeland, at the Buitenplaats Doornburgh in Maarssen. 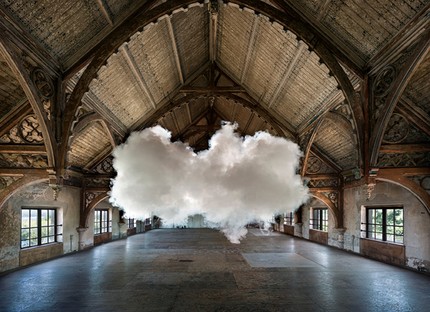 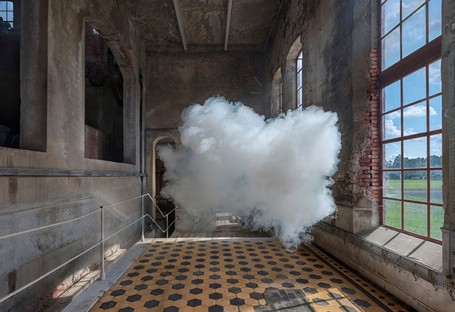 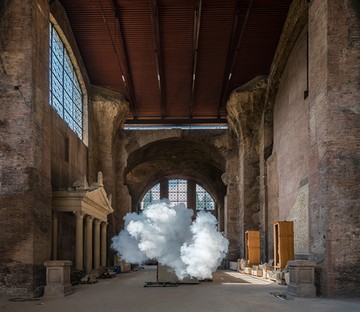 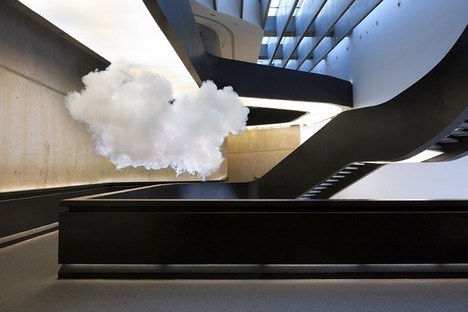 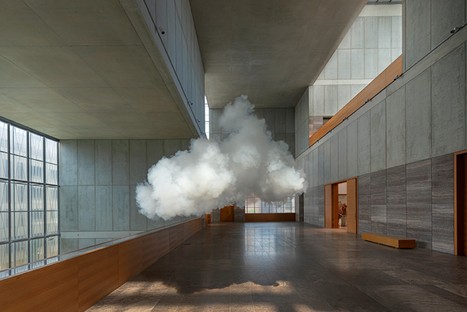 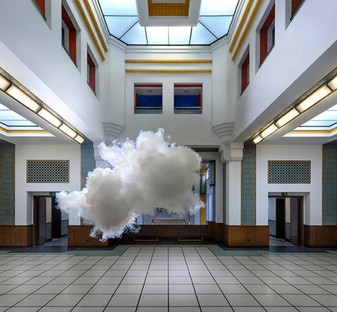