The first definition of ‘biomaterial’ dates back to 1990. Over the last thirty years, research in this field has come on in leaps and bounds, be it by shedding light on existing possibilities - such as the various uses of hemp - or taking the first steps into new worlds to be explored, as in the case of fungi. Fungi? Of course! We could soon be using them to produce textiles, building materials and sensors for heat, light and chemicals. But that’s not all: a European project is aiming to use fungi to create nanoparticles for buildings which “continuously grow, regenerate and die”. 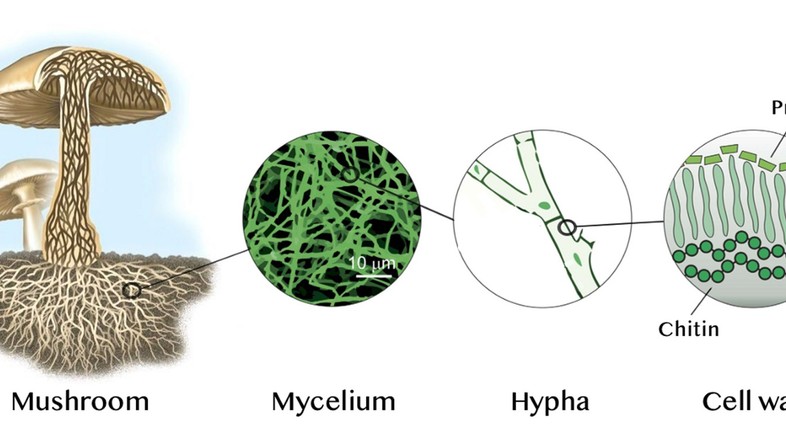 According to the definition given in 1991 by the International Consensus Conference on Biomaterials in Chester, UK, biomaterials are “designed to interface with biological systems to evaluate, to support or replace any tissue, organ or body function”. Research in this field has seen a steady increase in interest and investment, advancing in leaps and bounds: nowadays, biomaterials have much broader application horizons and are considered to be some of the most essential technologies for building a sustainable world, one based on organic matter.

Arguably the biomaterial that is most widely known around the world is hemp, which can be used to make textiles, bricks, and even different types of fuel. Some lesser-known but equally interesting organic materials are mycetes, fungal organisms which are currently being studied for a whole host of applications, some of which sound like pure science fiction.
To name but a few in no particular order, thanks to the various applications of the mycelium - that is, the vegetative apparatus of fungi, the fibrous part which exists partly underground and partly in the stem - current and future creations include bricks, sound-absorbing elements, windows, plastics, fabrics and faux leathers, sensors and food solutions capable of replacing meat. 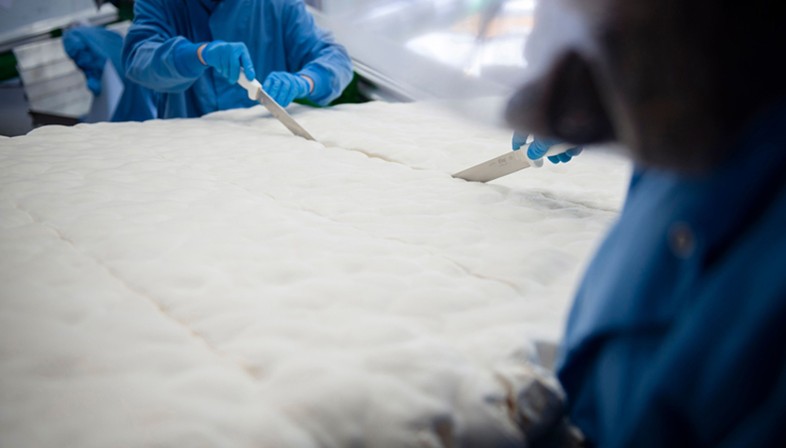 According to Mohammad Mahdi Dehshibi, a researcher at SUNAI (Scene Understanding and Artificial Intelligence Lab), fungi are the largest, most widespread and oldest group of living organisms on the planet. They grow rapidly and bind to any substrate they come into contact with, meaning that it is possible to bond the mycelium to an inert material. What’s more, the mycelium also conducts electricity and is sensitive to light, heat and particular chemicals. Dehshibi says: “We can reprogramme a geometry and graph-theoretical structure of the mycelium networks and then use the fungi’s electrical activity to realise computing circuits. Fungi do not only respond to stimuli and trigger signals accordingly, but also allow us to manipulate them to carry out computational tasks, in other words, to process information”. 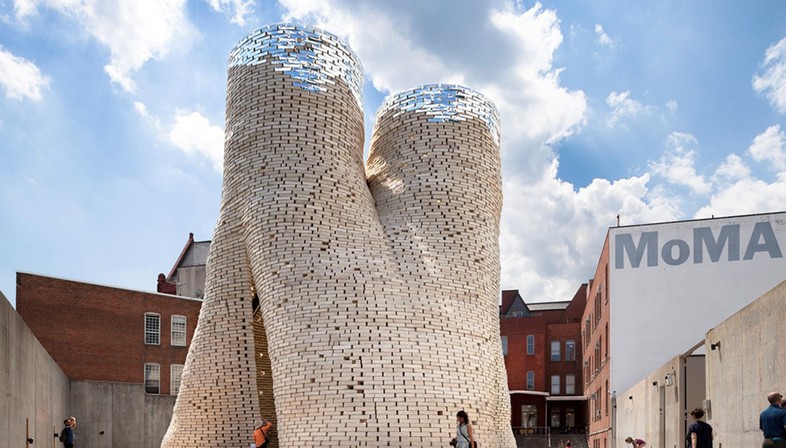 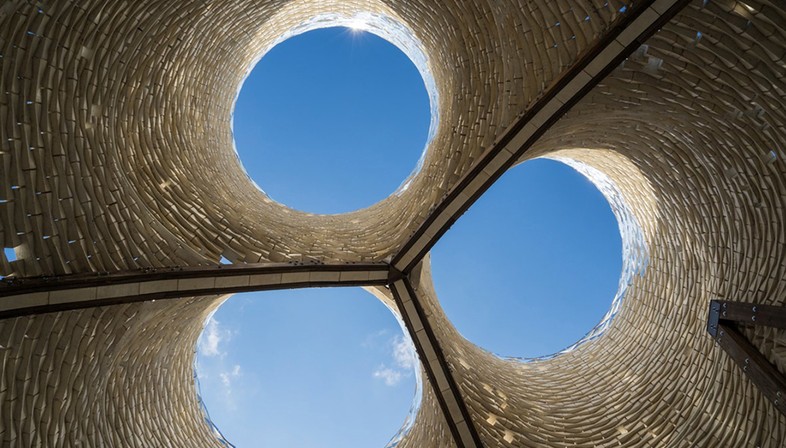 The premise of the technology is so promising that the European Union has funded a project, FUNGAR, which aims to"develop a structural substrate using live fungal mycelium infused with nanoparticles and polymers". You read that right: these are living structures. The project description goes on to explain: "This structural substrate will be able to create buildings, which will self-grow, build and repair themselves while also adapting to the environment".

The world’s largest and best-known ‘fungal’ building to date was designed and built in 2014 by design firm The Living. It has been dubbed Hy-Fi and is an organically-shaped, three-pronged tower made of bricks created from mycelium and agricultural waste. Hy-Fi was placed on display on the terrace of the MoMA in New York after winning the Young Architect Program. The bricks, known as Ecovative, ‘grow’ over the course of five days without consuming any energy or emitting any carbon dioxide. The future is just a mushroom away. 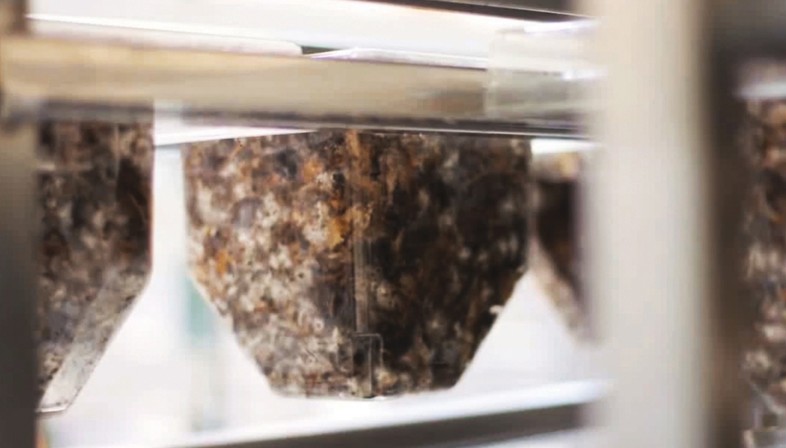 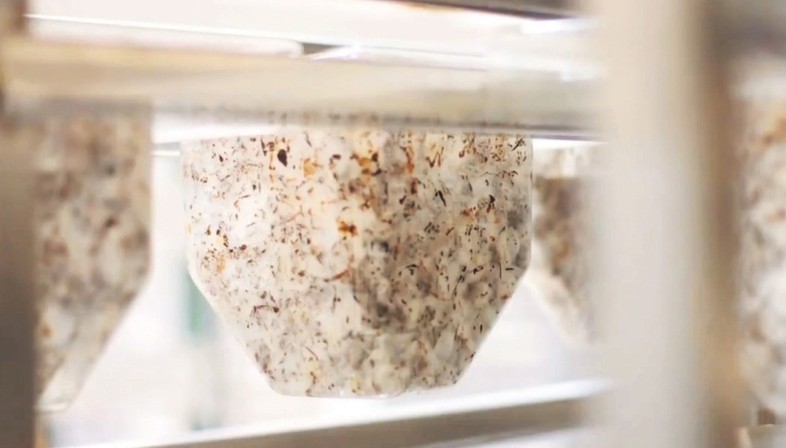 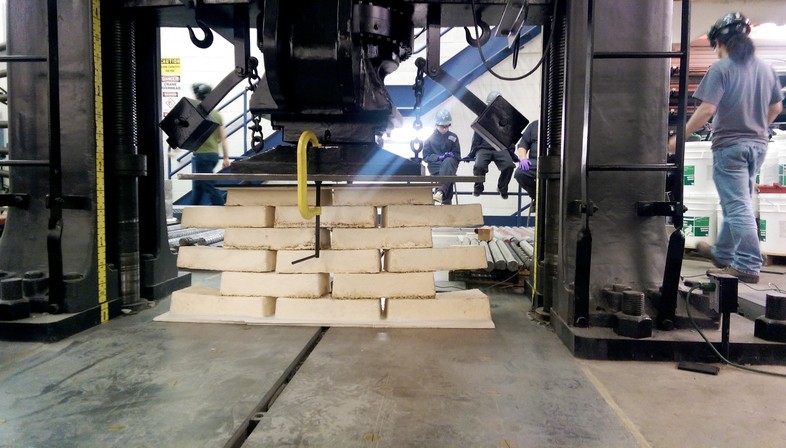 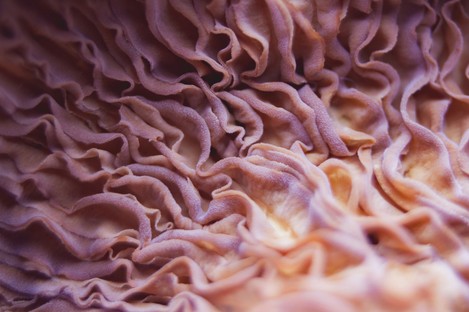 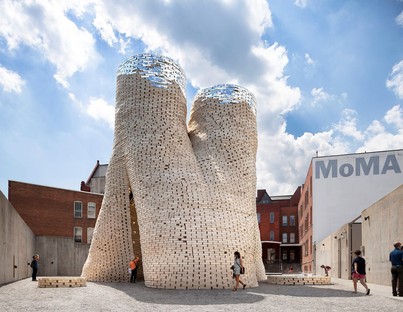 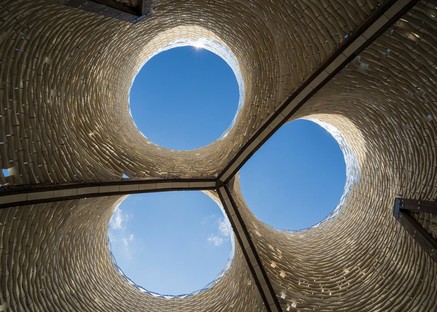 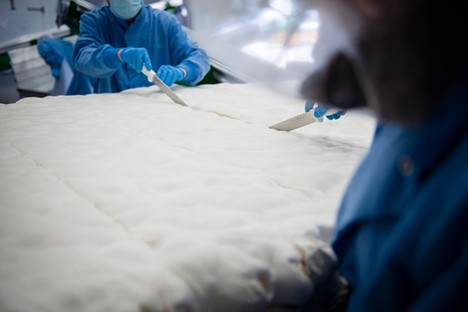 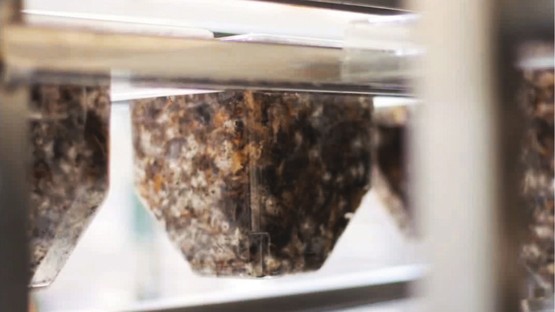 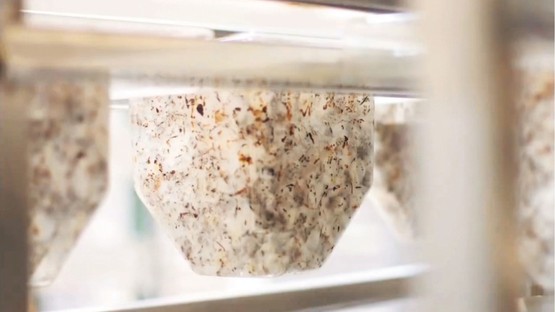 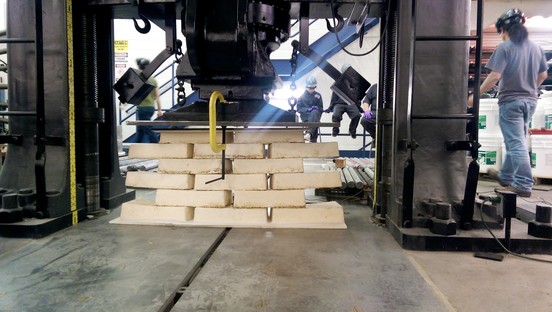 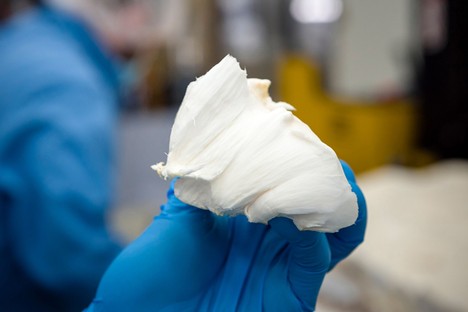 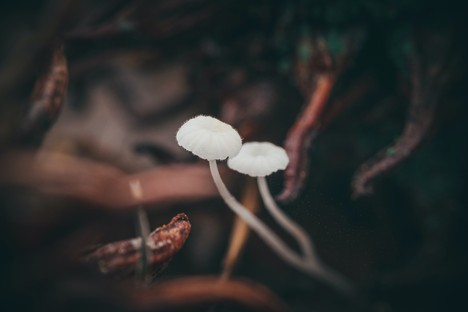