Belgium is Design: “Our project takes us back to the future”

Ever a reliable presence at Milan Design Week, this initiative - which brings together all the leading names in Belgian design - sent a talented contingent of no fewer than thirteen young minds to SaloneSatellite, each carefully selected to put their research on show. Giorgia Morero, the coordinator of Belgium is Design, gives us an insight into what makes these young recruits - whose career paths range from technology to craftsmanship - so special. 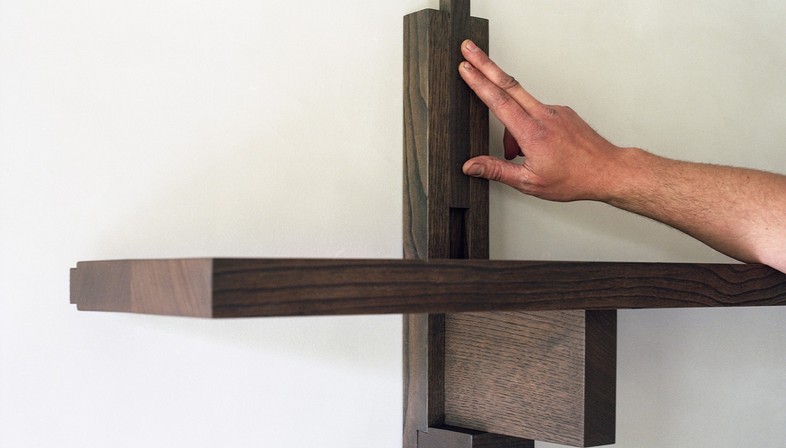 This year, thirteen young Belgian designers are presenting their work at SaloneSatellite at the Rho trade fair (until 12 June), an event widely considered to be the springboard onto the international scene for up-and-coming young talent everywhere. Giorgia Morero - an Italian who has lived in Belgium for thirty years, the last fifteen of which have been spent coordinating the ‘Belgium is Design’ project, a public initiative that supports the national design sector abroad - appears to be very satisfied indeed with the young designers selected for it, many of whom are under thirty years old (the cutoff age for applying to SaloneSatellite being 35). “Over these last fifteen years of SaloneSatellite, I have been lucky enough to witness the very gradual yet decidedly bold evolution of Belgium’s designers: the issues we now face are different and everything has changed, even compared to just five or six years ago,” says Giorgia. “This generation is much more aware of the environmental impact of large-scale production and they seek out alternative options wherever possible. For example, they opt for limited-series production runs in which the manufacturing aspect is the most important part. Many of them craft their products with their own two hands and sometimes even get involved in distributing them to exclusive showrooms or design galleries, which are increasingly cropping up all over the place in Brussels, amongst other places”. 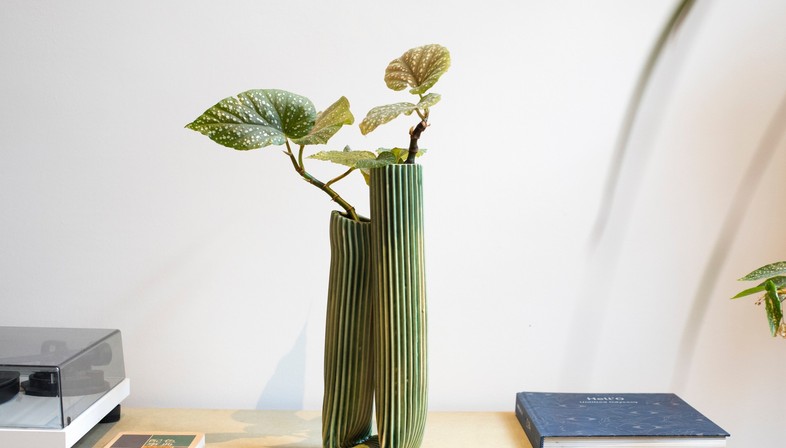 Alice Emery, Amorce Studio, Studio Biskt, Chanel Kapitanj, Daan De Wit Studio, De Angelis Design, Elias Van Orshaegen, Fractall, Gilles Werbrouck and Hugues Loinard, Olivier Vitry, Studio Part, Wouter Persyn, Studio Tim Somers: remember these names, as we might well soon see them reaching dizzying new heights in the design system, particularly in galleries or niche productions, which now reliably garner a great deal of support from social media and the Internet. The research undertaken by these young Belgians blurs once-firm borders between science and technology, art and craftsmanship - or rather, manufacturing, such as Chanel Kapitanj, whose passion lies in the industrial metallurgy and welding sector. Her work is based around metal, such as the coffee table on show at the Salone: a textured steel parallelepiped defined by pure lines, with a surface featuring hand-carved designs etched using a time-limited chemical process, ultimately with unpredictable results. As such, the decorations come out different every time, with intriguing and unexpected shapes. “Metal is a common element found more often than not in these designers’ works,” continues Giorgia Morero, “such as the Henge waxed aluminium benches by Arne Desmet’s Studio Fractall, or the sheet metal π table by Studio Part. But some others have also taken a different approach, such as Elias Van Orshaegen, whose Guaro coffee table uses remnants of tropical wood from the floors of old railway carriages. In-depth research into the materials used - which is also a crucial feature of their educational path - goes hand in hand with essential designs, stripped of the trappings of decorativism, all highly enigmatic, poetic, and sometimes ironic”. 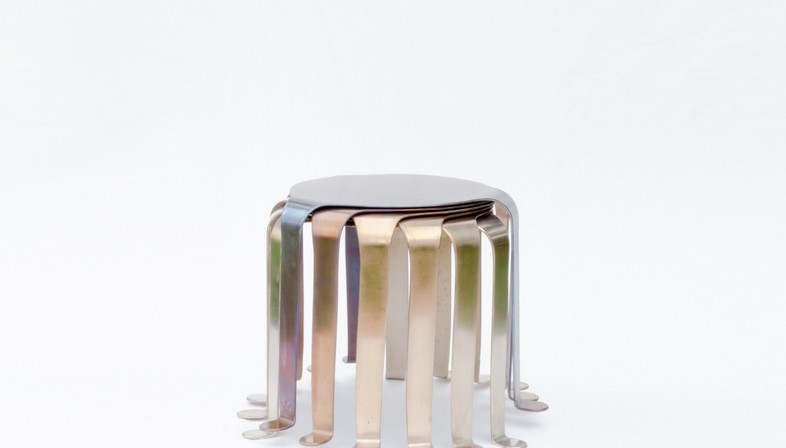 Their key references include some of the Belgian designers who have made it big on the international scene over the years, such as Vincent Van Duysen, Xavier Lust and Alain Gilles, all of whom are presenting numerous collections for various Italian and international brands at this year’s Salone del Mobile; but also Hannes Van Severen, co-founder of design firm Muller Van Severen and son of the famous designer Maarten, who died in 2005. “Young people certainly look up to these role models, but they are also children of their own time. They are cosmopolitan, clearly drawing upon many different influences, and have a multicultural experience of life that they are capable of condensing and expressing in an essential way, in terms of both form and message,” concludes Giorgia Morero, intimating that Brussels is now one of the most cosmopolitan cities in the world. 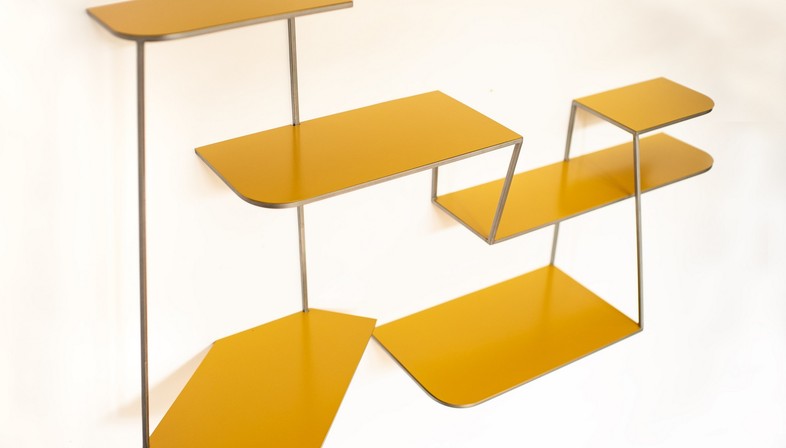 As such, the return to craftsmanship and personal production is a clear indication of a desire for a world of more carefully considered objects, whose value lies predominantly in how they are conceived and created. The power of the message lies in its form and the thought behind it. The materials are all treated with the same dignity - even better if they are salvaged. Perhaps nowhere better is this demonstrated than by Gilles Werbrouck (a textile designer) and Hugues Loinard (a sculpture artist) with their series of lamps, consisting of a white plaster cylinder onto which the lampshade is soldered: a globe made of crocheted magnetic VHS cassette tape. 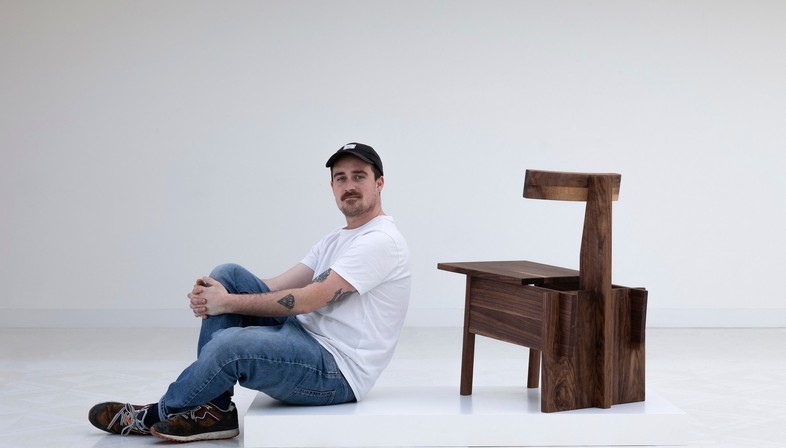 Captions and credits
The images show the works that the thirteen Belgian designers presented at SaloneSatellite 2022.
All images are courtesy of Belgium is Design.

Belgium is Design is a public initiative promoted by Wallonie-Bruxelles Design Mode (WBDM), Flanders DC for Design and MAD - Home of Creators.
belgiumisdesign.be 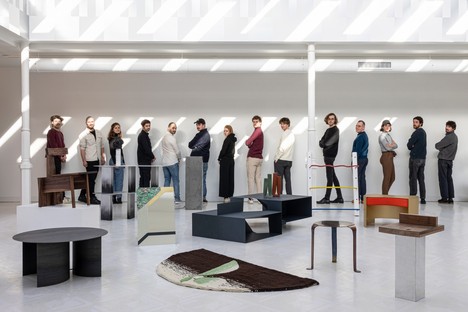 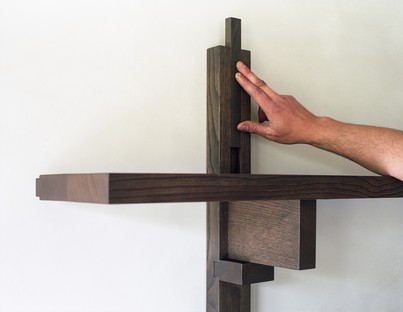 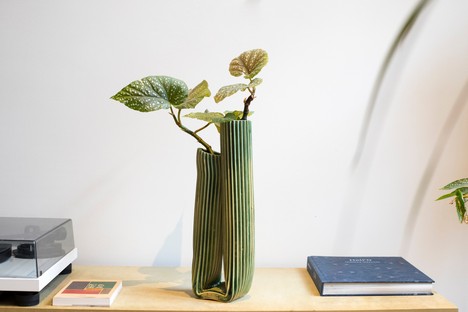 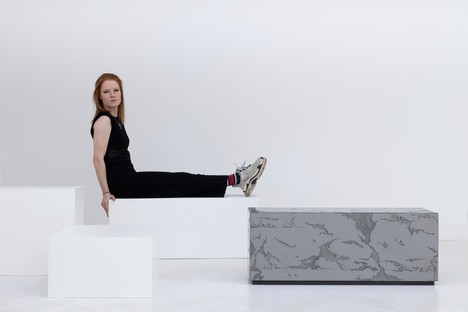 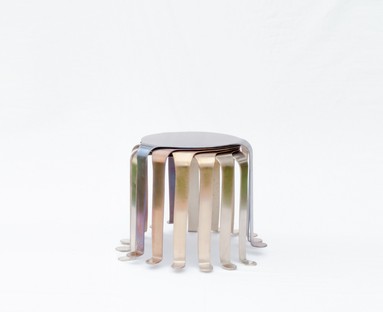 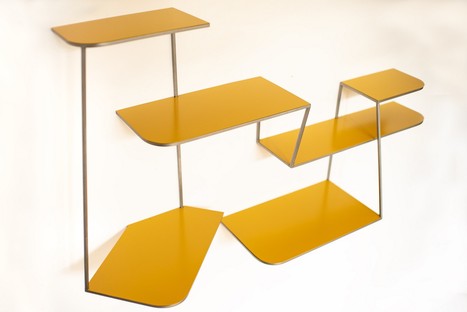 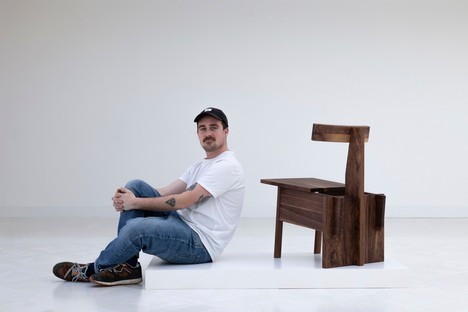 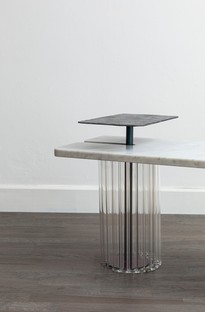 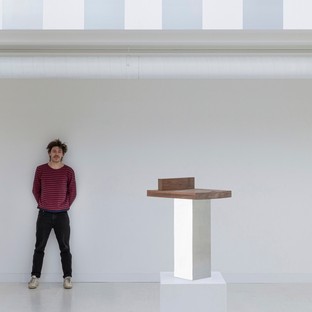 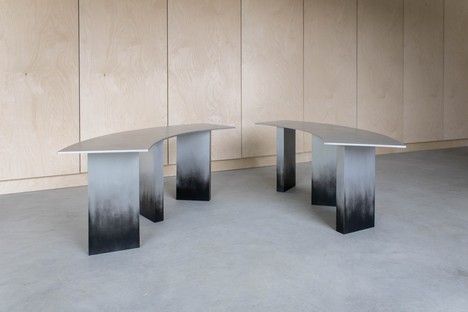 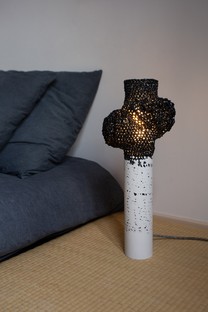 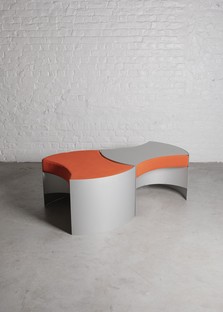 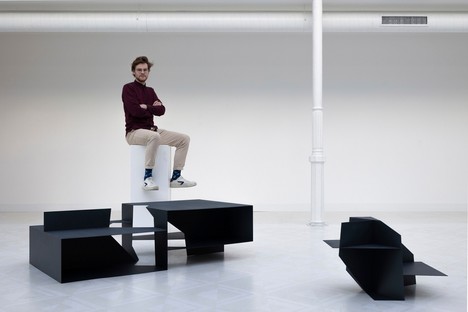