Statuettes of sets of animals and segmented decorative panels: the origin of the two majolica series - Esodi and Intervalli - created by artist and designer Andrea Anastasio, artistic director of Ceramica Gatti 1928: a process of evolution that began in the archives of the workshop in Faenza and turned into something new, in which light becomes a part of the creation. 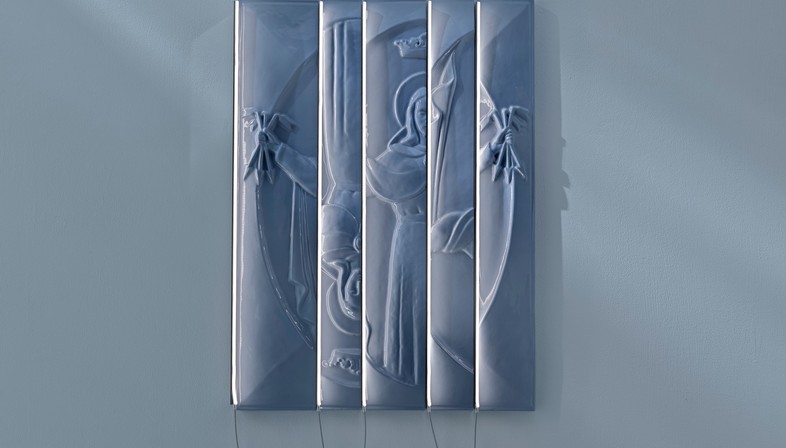 Andrea Anastasio is hard to define, and this is what makes him so interesting. A precocious artistic talent and student of oriental languages and philosophies, he ended up working in the field of design (almost) by chance when, at Ettore Sottsass’s birthday party, the great designer noticed a pin he had made and worn. This opened up the door to a whole new world, leading the self-taught Anastasio to design lamps and other objects for big names in design, while at the same time developing an artistic career in which ceramics played a primary role. I myself met him (almost) by chance in Milan, as he was putting the finishing touches on the Battiti exhibition ready for the opening of FuoriSalone 2022. The exhibition brings together two series of works, Intervalli and Esodi, made of majolica-glazed terracotta with LED lights. The criterion underlying Intervalli (“Intervals”) is the breakdown of square decorative panels into horizontal and vertical sections, using moulds found in the archives of the Ceramica Gatti 1928 workshop in Faenza. The rhythm of the cross sections is determined by LED strips, as in a musical score. 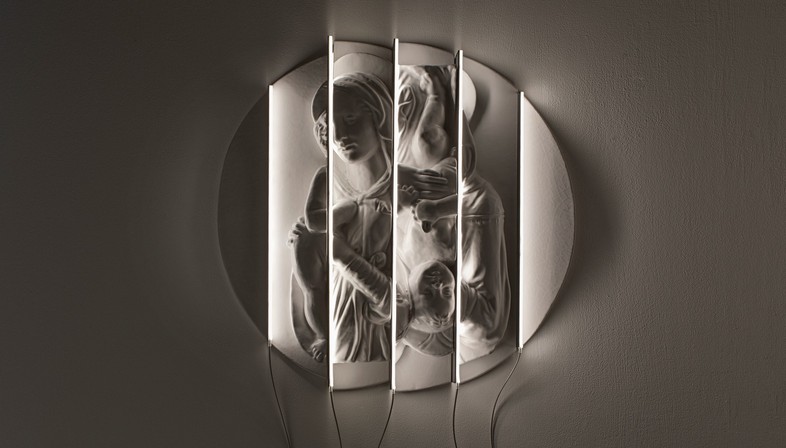 In Esodi, on the other hand, the artist expresses an equal but contrary impulse toward amassing things together: in this case the research in the archives began with the legacy of moulds for ceramic animal statuettes. The figures are chaotically grouped into compositions, moulded together as if they were escaping (hence the title, Esodi or “Exoduses”), with different proportions and inconsistent postures all in a heap, like some kind of fantastic, monstruous being. LED rods pass through their limbs, heads and paws like swords. Light is grafted onto the two series, as the last element, the final step completing their meaning. “In the entire history of the bas-relief, from the Egyptian tombs to the Roman sarcophaguses,” explains Anastasio, “meaning is highly dependent on light, on its angle and strength.” 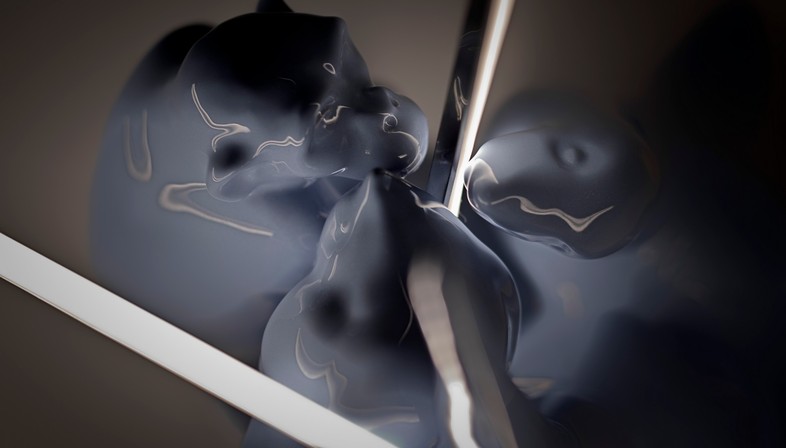 To produce the two series, Anastasio drew on models of statuettes and bas-reliefs in the archives of Bottega Gatti 1928 which were no longer in use. This is what drew his attention to them: “These are domestic types that were used for centuries, particularly the decorative ceramic panels celebrating the seasons, the harvest, the saints, the Madonna, the peasants’ work. This form of representation disappeared after the Second World War. I wanted to use these historical, traditional forms in my work, treated in a non-linear fashion. I used the Bottega Gatti 1928 archives as my raw material.” 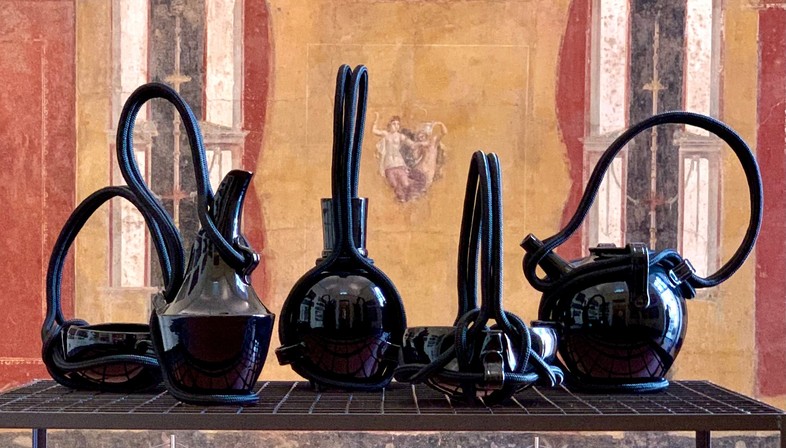 New forms are therefore grafted onto existing ones, without altering them, bringing them back to life. Anastasio tells me about his recent trip to Morocco for the Festival des Musiques Sacrées du Monde in Fez, now in its 26th edition, in which he participated as a speaker. This is where he heard the Sardinian musician Gavino Murgia perform with the polyphonic chorus from Nuoro. Anastasio was struck by the way Murgia’s jazz saxophone combined with the traditional religious choral music to create a new musical form. “I found it really exciting,” he says, “because this process is very much like the process behind Esodi and Intervalli. New forms are made visible by looking at familiar forms from a new point of view. I see manufactures, particularly ancient, historical ones, as expressions of an ongoing process of creation, a flow like that of the seasons in nature.” 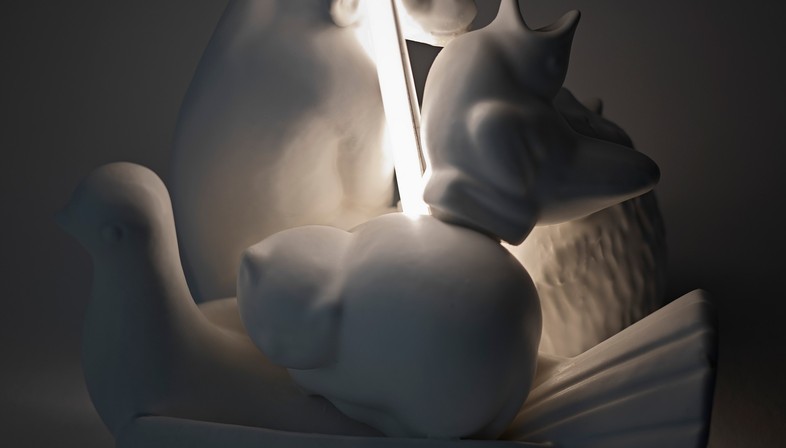 Anastasio therefore considers it essential not to add new forms: “The world of form is extraordinarily full, fertile, and I find it much more interesting to look at the forms that have been forgotten rather than coming up with new ones. And the archive is precious, it’s what determines the identity of a place, an enterprise, or an institution: all it needs is to be used”. 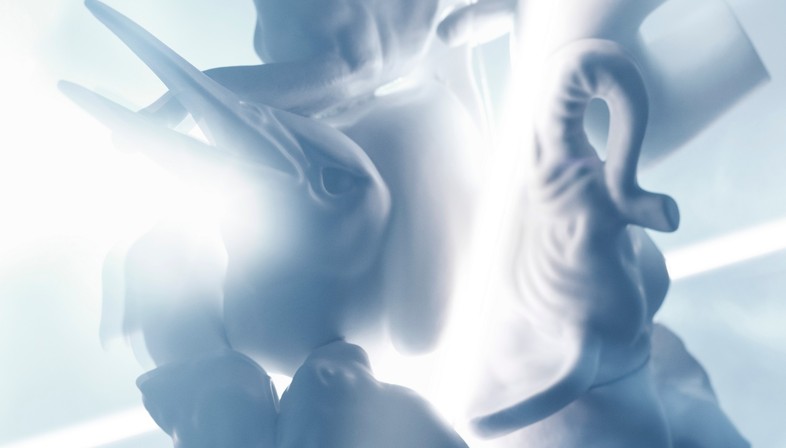 The exhibition of the Battiti collection was open June 6 through 19 2022 at the Foscarini showroom in Via Monforte, Milan.
Images courtesy of Andrea Anastasio unless otherwise specified. 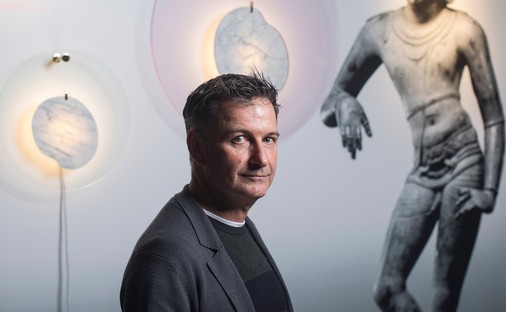 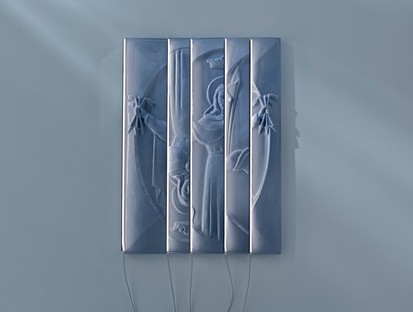 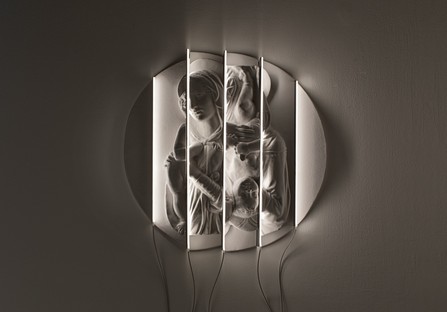 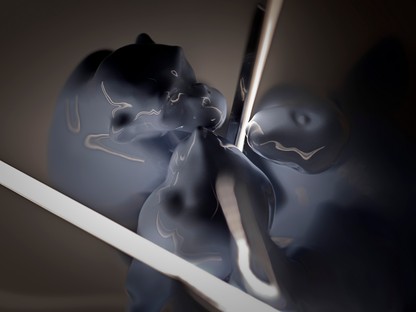 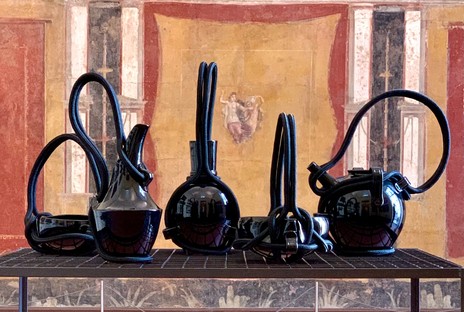 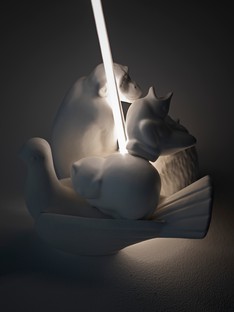 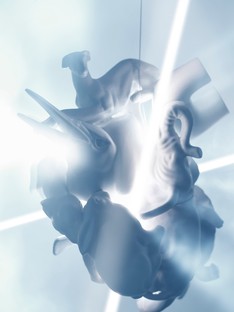 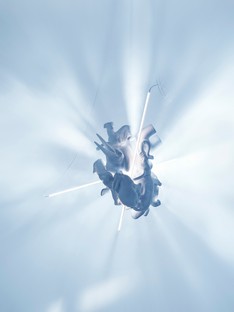 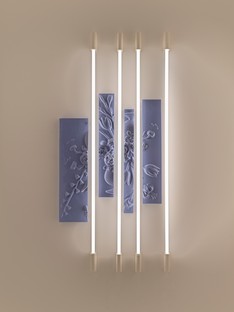 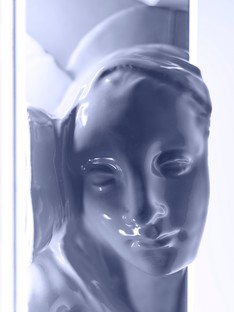 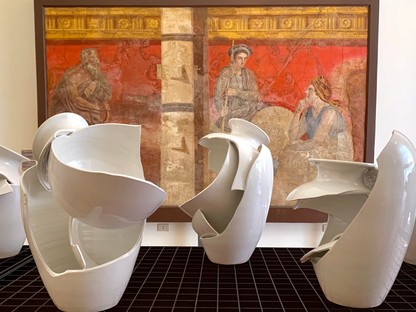 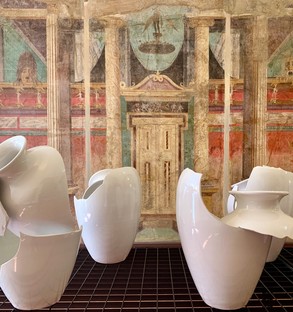 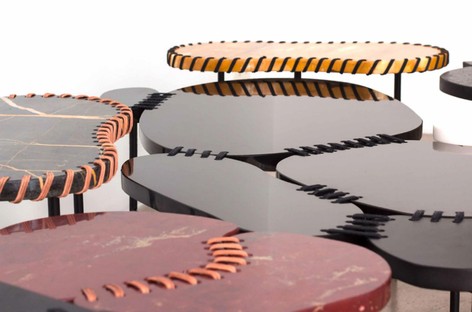 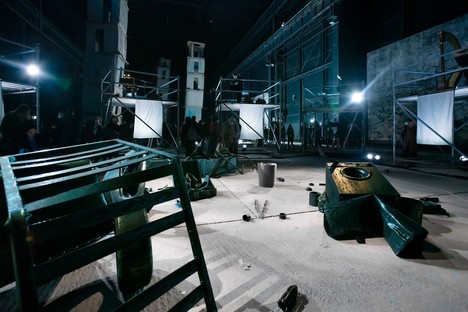