Ana Dominguez Siemens: "Water, an asset at risk. The projects to save it"

Water, or rather its shortage, is a very serious problem, of which there is still little perception. In the exhibition entitled "Dulce Agua" for Madrid's CentroCentro, curator Ana Dominguez Siemens presents sixty designer projects that address some of today's hottest topics – pollution, waste, climate crisis – and propose effective solutions, from purification to transport and desalination. 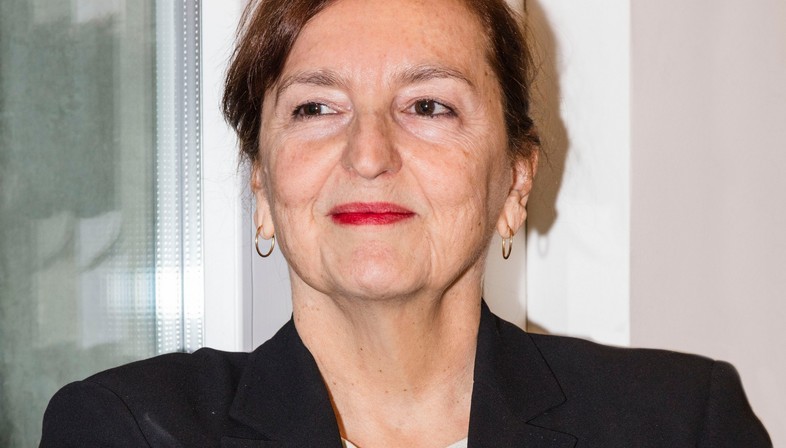 Currently very much absorbed by two contingent and dramatic crises – the war in Ukraine and the post-Covid world – international bodies and national institutions are not dealing as they should with the worsening water scarcity, a problem that will soon be knocking at our door with disruptive urgency. Despite what many may think, water is not an infinite resource, it is not always available and drinking water is a privilege that many cannot afford. The perspective of sustainability, today applied to many contexts, is even more relevant in relation to this element: an asset that is as vital as it is taken for granted, especially in the industrialised West, which wastes it for purposes that are no longer sustainable (7,500 litres of water are needed to make just one pair of jeans). Fortunately, the design and research worlds have been working on possible solutions for some time now: Ana Dominguez Siemens, Spanish design expert and curator, has brought together sixty such projects in the exhibition entitled "Dulce Agua. Ideas para un futuro de escasez" (Sweet water. Ideas for a future of scarcity), on at the CentroCentro in Madrid until August 21. 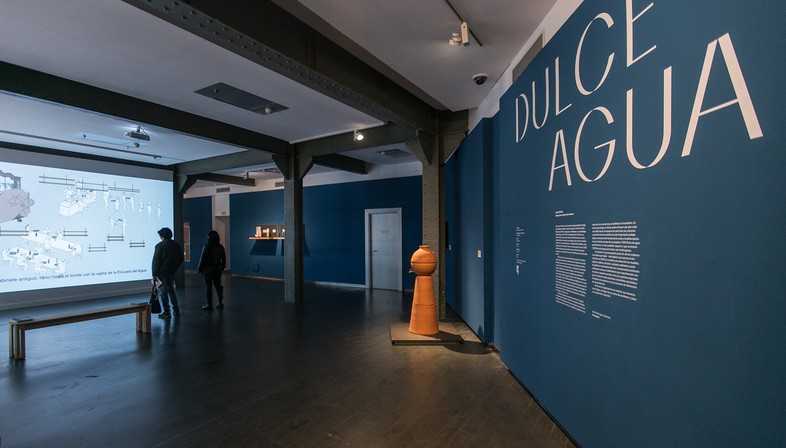 As the designer tells me, "The subject of water has always been of great personal interest to me. I am originally from Gran Canaria, an island where water scarcity is a problem that everyone learns to deal with since childhood. As children, we were taught not to waste it, not to use it as if it were an infinite resource, because it is not. This experience made me aware of a problem that will soon afflict many nations of the world, as is already happening in metropolises such as Mexico City or Cape Town." Ana, in fact, travelled extensively meeting designers, scholars and planners and collected a great deal of insights and research on the problem, which she has now brought together in this Madrid exhibition: "I realised that designers were tackling the same problem in many countries and from different points of view: purification, transportation, desalination, water saving. But also the recovery of plastics from rivers and oceans, the study of the impact of industries such as food or textiles and, finally, awareness of the problem, which needs to be increased around the world." All themes that converge in the sixty projects presented at the CentroCentro, the cultural space of the Municipality of Madrid, in the iconic Palacio de Cibeles. "The exhibition is not intended for specialists", reveals Ana Dominguez Siemens, "but is instead aimed at a wide audience, increasingly sensitive to these issues. The question is: how is design moving to solve this problem? I selected some possible answers, in some cases experimental, in others already structured. The main objective is to raise awareness of the issue, starting with data. For example, the dramatic numbers concerning water pollution: a projection based on scientific data, in fact, estimates that in 2025 there will be more plastic in the sea than fish. Another little-known fact is that over 70% of the plastic in our oceans comes from rivers. That's precisely where the work created by designer Álvaro Catalán de Ocón comes into play: the Plastic Rivers rug series, on which the four most polluted rivers on Earth are depicted. In the exhibition we have the carpet representing the Ganges, handmade from 100% recycled PET." 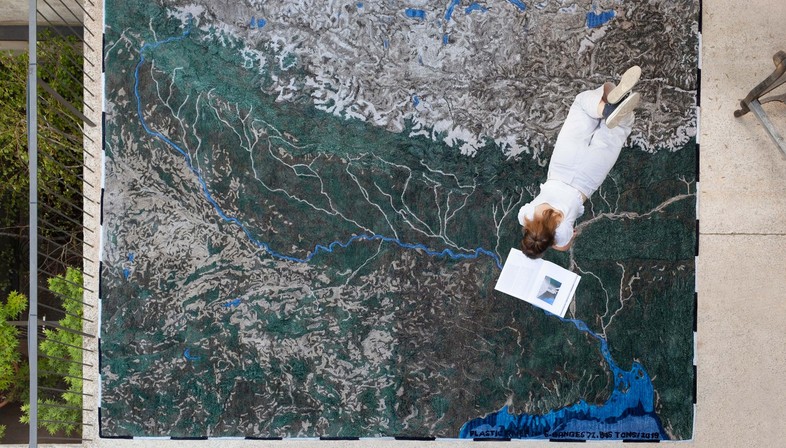 Design, as well as intelligent and sustainable industrial production, must play an active part in solving the problem. Among the simple and ingenious examples presented in the exhibition is the Hippo Water Roller, a rotating bin for transporting water, designed for communities without wells next to housing developments: "The Hippo Water Roller is a large, durable and lightweight barrel-shaped container", explains Anna, “invented by two South African designers, Pettie Petzer and Johan Jonker. It includes a metal handle that allows it to be pushed and rolled with very little effort. This allows even women or children to transport 90 litres of water in a single trip, an amount that corresponds to the consumption of a family for an entire week. When you consider that the task of fetching water is for the most part carried out by women and children, and that transporting just one canister requires at least six hours of travel every day, it becomes clear how this simple but ingenious solution saves time and energy, which women and children can convert into hours of work and study." Captions and credits
Projects and images from the "Dulce agua. Ideas para un futuro de escasez" (Sweet water. Ideas for a future of scarcity) exhibition on at the CentroCentro in Madrid until August 21, 2022. All images: courtesy of CentroCentro, Madrid.

01 Cloud at Sea, design by Matteo Brasili. A buoy made of bioplastic derived from maize, which collects plastic waste from the sea, including microscopic material, thanks to a special filter.

04 Robot Dryver. Mobile Cloud Service by Studio Ronnenberg. The robot uses a condensation technique to produce water from the air, making it available to passers-by in the city's streets.

05 Ganges rug, Plastic Rivers collection by Álvaro Catalán de Ocón (Gan-Rugs). The collection reproduces maps of the most polluted rivers on the planet. It is an act of denunciation of plastic pollution.

06 Hippo Water Roller by Pettie Petzer and Johan Jonker. A rotating canister that can carry 90 litres, five times the amount of water that a normal canister can hold.

08 La Càntirnplora by Joan Cruanyes and Carles Bassó, from the collection of ceramic bottles of the Museu del Càntir de Argentona (Spain).

09 Solar Distiller by Henry Glogau. Portable distiller to purify up to 18 litres of water per day using solar energy. 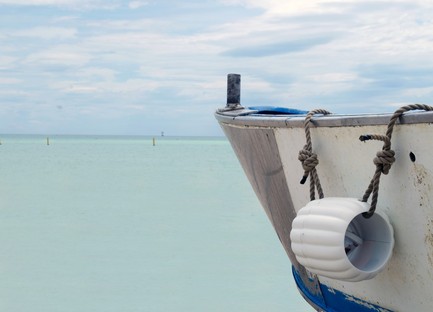 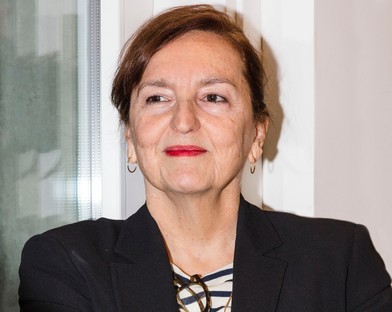 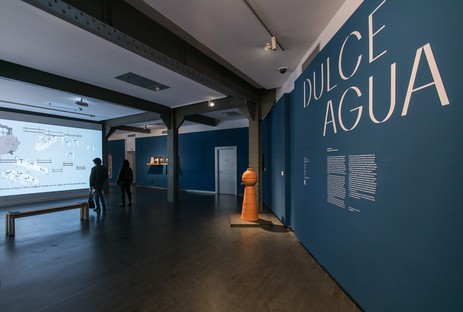 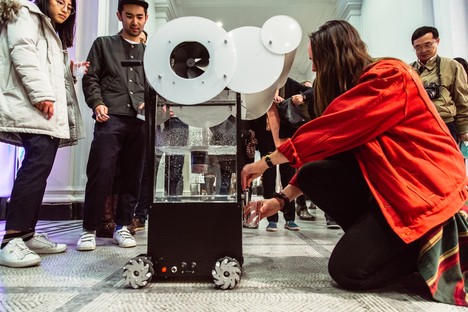 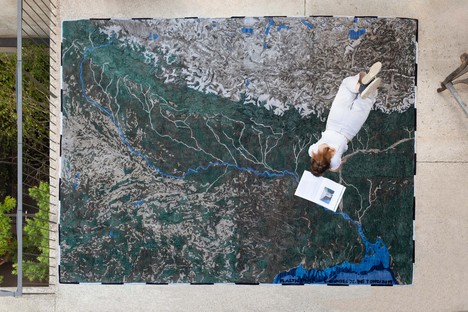 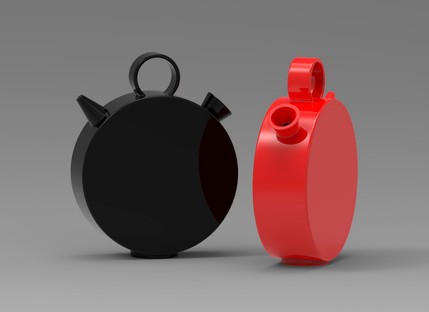 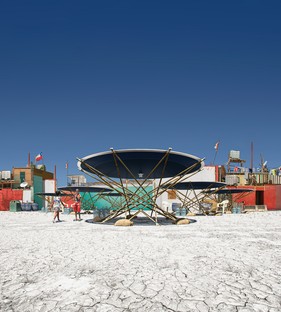 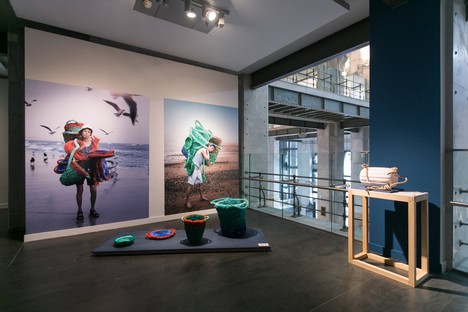 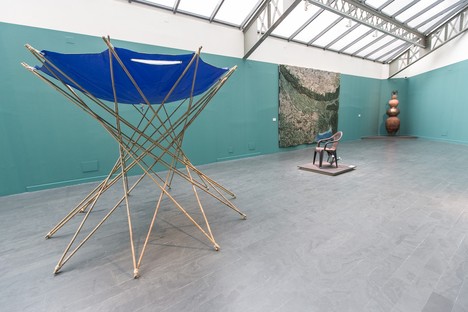 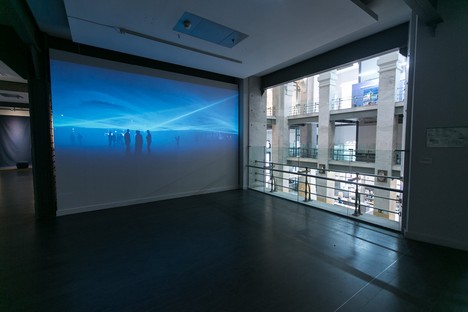