A new work by Norwegian architecture practice, TYIN tegnestue, the 2012 laureates of the European Prize for Architecture. A sustainable centre for cinnamon growers and workers in Sumatra. An earthquake-proof training facility built from local materials, which for the most part looks towards the social impact of the architectural complex. 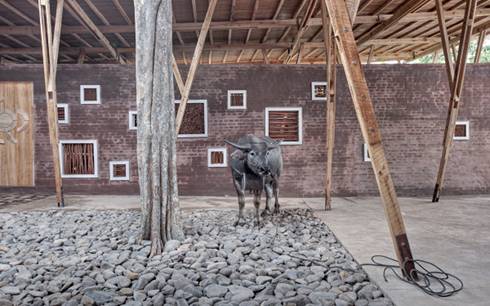 The key idea used for this building was the classic light wooden construction on a solid brick and concrete foundation. The solid bricks are locally made and cinnamon tree trunks were used for the wood – 85% of the world’s cinnamon is produced in Sumatra. The locals consider this wood to be substandard, but it played a fundamental part in the project, enriching the workers’ culture who as a result reassessed its value.

One of the major challenges was to make the building as safe as possible, given the high seismic activity in the area, so the architects opted to build five separate brick buildings, with different oscillating frequency. The buildings house the various facilities offered by the cooperative and are all united under a single, 600-square metre detached roof.

The natural ventilation below this large roof comes from bamboo matting, inserted under the sheet metal to create a natural cooling effect. 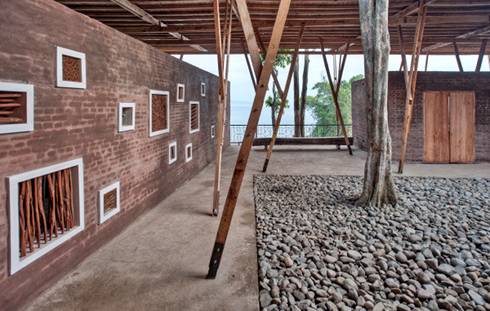 The façade is designed as a “showcase”, exhibiting cinnamon in its various forms.

The training centre was completed in October 2011, and took five weeks to build (see the Time Lapse video: www.youtube.com/TYINtegnestue); it has already proven several times that it can withstand earthquake activity and in turn, TYIN has once again demonstrated that needs-based architecture and quality architecture needn’t be two separate things, with the active involvement of locals in the design and by adapting the materials available. 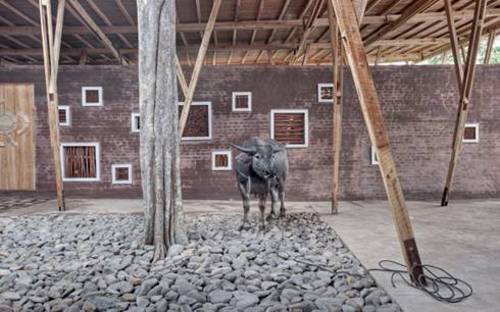