Six metro lines are to be built in four years in the public transport plan for Riyadh, Saudi Arabia?s biggest city and capital, with a population of more than five million.

The project presented recently by Zaha Hadid is a modern intermodal transportation station with six platforms on four public levels and a two-level underground parking lot which fits into the urban setting of the city?s most important financial district. The architects have designed an important multipurpose public space for the district which will serve as more than just a station.

The building?s shape with its sinusoidal waves was determined on the basis of study of everyday pedestrian traffic flows. Visually, the construction looks like a group of sand dunes in the desert modelled by the wind, while the design of the façade recalls the geometric patterns of the sunbreaks known as mashrabiya, traditional in Arab culture. 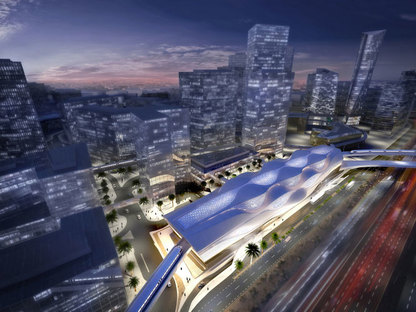 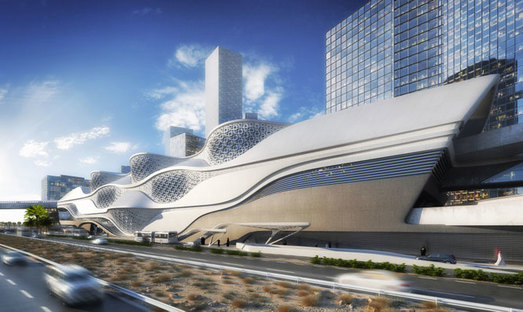 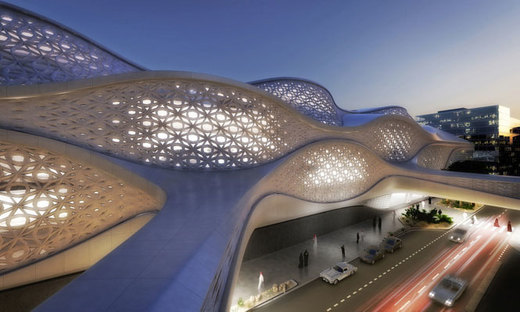 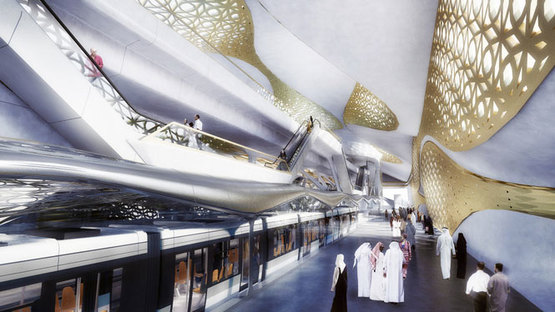 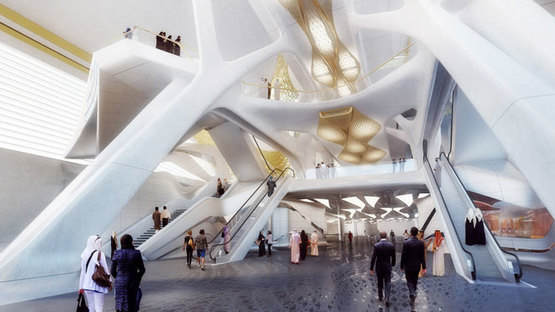 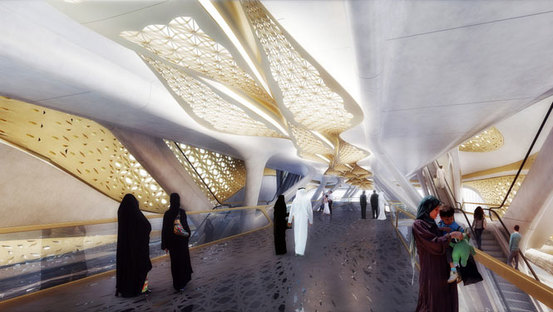