What if your flight is cancelled and you can¿t travel until the next day? Or if you have hours and hours to wait between flights? What if your flight leaves at dawn? It's not a problem if you're at London's Gatwick South Terminal, where the Yotel has just opened: the first hotel for passengers awaiting their flights. 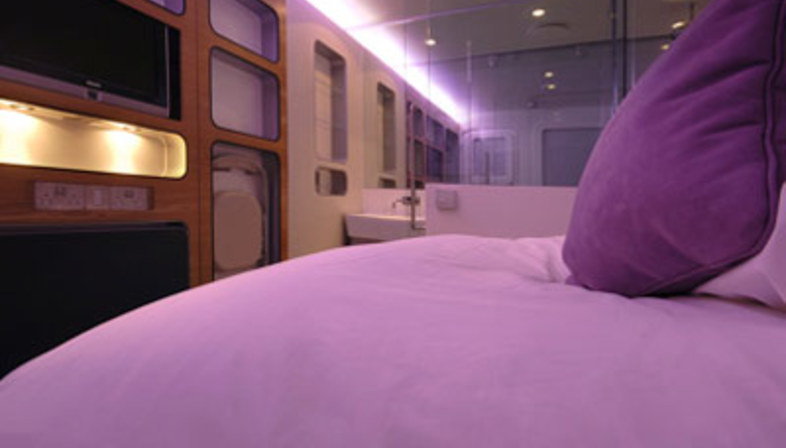 You can spend the night there, or just a few hours. The rooms look like aircraft cabins: bright, colourful, sensual - and inexpensive.
The Yotel is the latest fashion in accommodations. With minimalist interiors based on the Japanese model, all the accessories you could need and the most sophisticated technologies, Yotel rooms, which some have called "capsules" or "cells", are inspired by the first class cabins of the most luxurious airlines.
Air conditioning, wi-fi connections, plasma television screens, radio systems and super-accessorised bathrooms are the most obvious pluses of the rooms, with their attractive design featuring soft, ribbon-like lines.
The Yotel is based on an idea by Simon Woodroffe with Priestman Goode.
He is also the man behind Yo! Sushi, an unusual restaurant featuring the traditional Japanese dish and an unusual kind of social interaction: diners sit in a row with a conveyor belt before them on which a series of different foods pass by, all tasty and inexpensive.
And all there for the taking. "In the 21st century luxury will be available to everyone, at the right price,- says Woodroffe, -and our Yotels are a taste of the future". What's behind this unusual idea is the goal of coming up with an alternative to the conventional way of experiencing places of passage and temporary lodgings.
Not just any hotel, but a place where we enjoy space and the sensations it creates in us. The Yotel is an experience for the senses, a place that inspires emotions in departing travellers.
It establishes a scenario of interaction between the inhabitant and the built environment. There are currently two types of rooms, both with private bathrooms: the "standard" room, measuring 7 square metres and costing a maximum of 55 pounds, and the "premium" room, measuring 10 square metres, at a maximum cost of 80 pounds, with an unusual rotating bed.
Start enjoying your trip before you even take off, in an exciting adventure of spaces, colours and forms. 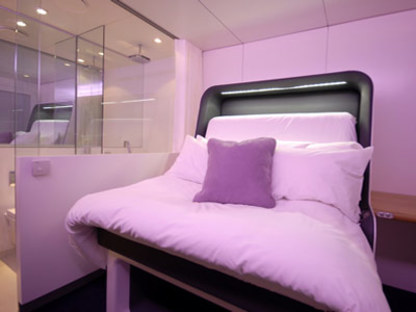 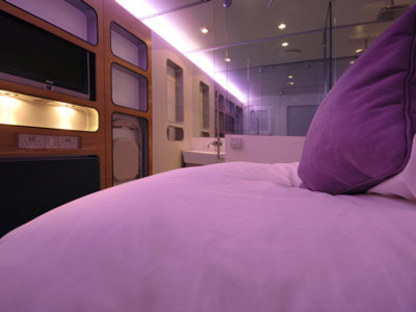 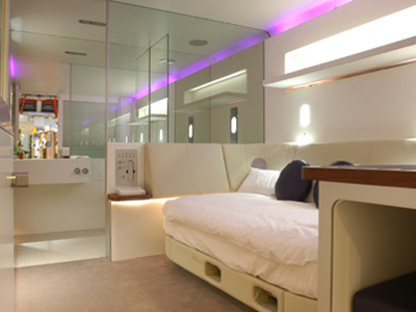 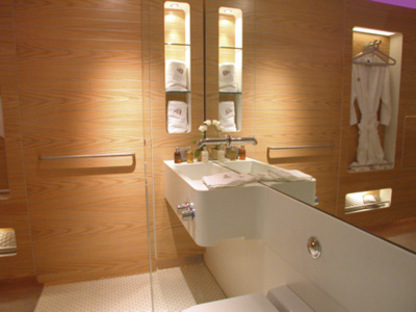