Folding wall - stepped floor is the description given to the house in Naruto City (Japan) by the architects of y+M design office. y+M’s house in Naruto has three compact walls and one wall completely open onto the bamboo grove and the river outside. 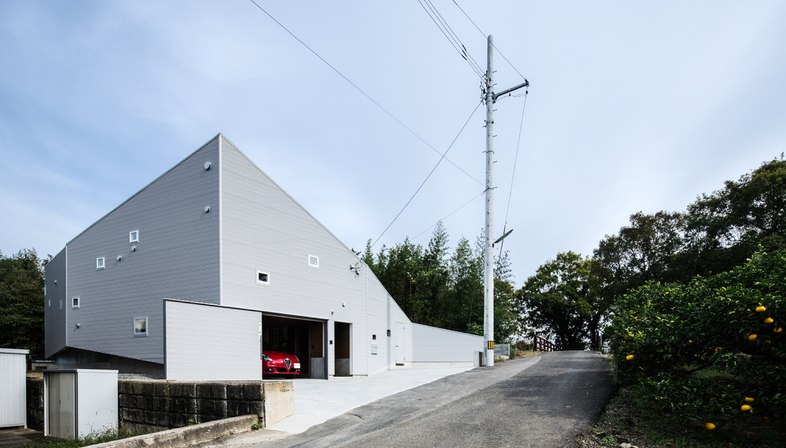 In the house in Naruto City, in Tokushima prefecture, by y+M design office, everything contributes to the creation of a building that fits perfectly into its surroundings, where living means mediating between public life and privacy.
Folding wall and stepped floor is the name Masahiro Miyake of y+M design office gives the home, designed for a couple with two dogs but no children. The definition briefly describes the two formal solutions adopted in the structure of the Naruto home: contact between the building and its environment, and an internal subdivision arranged using different levels rather than vertical partitions.
When coming to the home from the west, along the road flanking the site, the building appears impenetrable, as if inspired by industrial architecture: only a few small square windows randomly distributed over the western and southern walls suggest a human presence and life inside the home, especially in the evening.

The geometric lines of the building’s profiles are aggressive; the mechanism for opening the garage door has a frame that juts boldly out of the façade instead of hiding inside, and the colour grey adds uniformity to the entire construction. The architects surround the building with a protective shell on three sides because of the building’s uninteresting surroundings, with a factory to the north, residential buildings on its western boundary and the road to the south. But the building opens up to the landscape on the eastern side, with views of the river and a bamboo grove on its banks, embracing the greenery and bringing it into the home. The roof structure, made of beams covered with plywood, continues the surface of the three outermost walls, sloping down toward the garden to shelter the fourth wall, which is made entirely of glass. The result is a folded shape which adapts to and expresses the differences in level and functions inside the home with its three-dimensional presence.
Past the garage, which is separated from the home by glass walls, the house forms a unified whole which is not broken up into rooms, in which the kitchen, living room, bedrooms and the dogs’ area coexist, though they are all perceived as separate thanks to the vertical divisions. For the home is built on four levels: the garage at street level, the dogs’ area below the living room and the same size as it but just the right height for its “inhabitants”, the living room level and the bedroom.

All these spaces overlook the garden, which is brought right into the home through floor-to-ceiling windows with wooden frames which provide a subtle form of decoration. The view extends as far as the bamboo grove, evoked in the slender vertical wooden pillars that blend in with the window frames.
The slight differences in level inside the home, which continue through the windows onto the land and down to the bamboo grove and the river, make the home into an amphitheatre for contemplation of nature in perfect tranquillity. 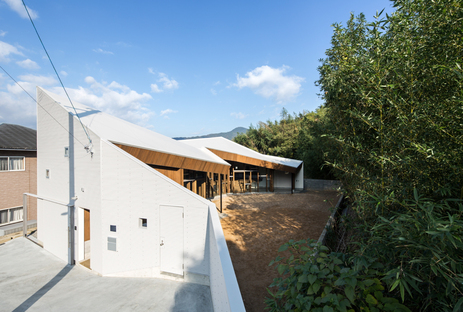 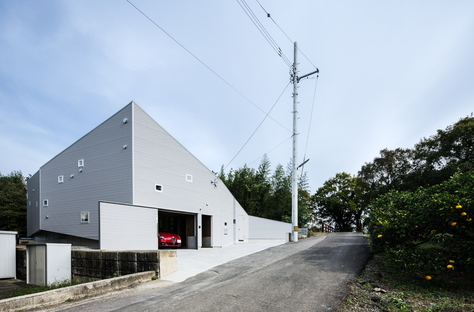 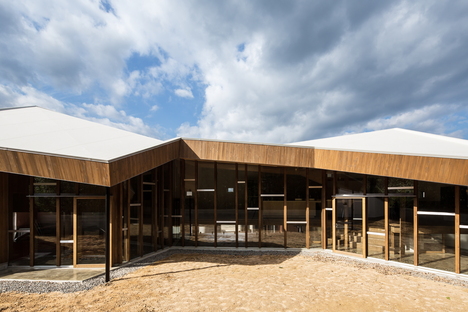 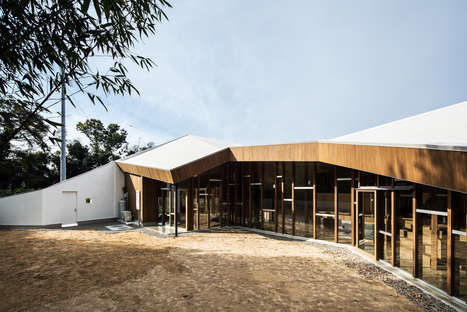 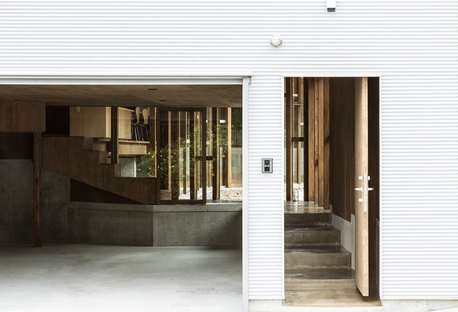 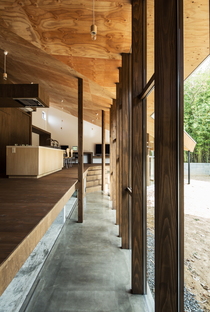 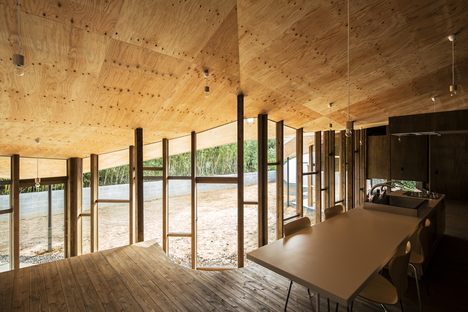 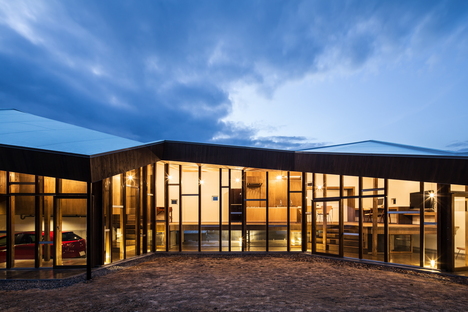 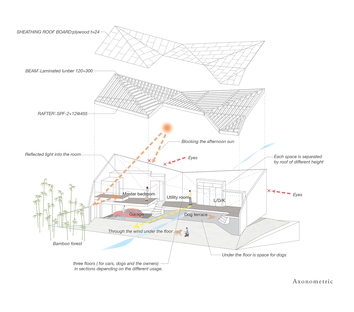 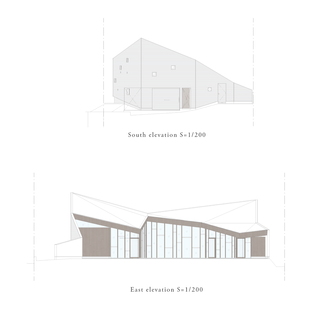