It was designed 20 years ago, but it is a highly innovative form of architecture whose formal solutions and use of technology reveal all the contemporaneity of 21st century architecture: the Wind Tower is one of Toyo Ito's best-known projects. It earned him the 1987 Edwin Guth Memorial Award of Excellence from America's Illumination Engineering Society, a prestigious acknowledgement of the strong symbolic value of this work in its urban context. 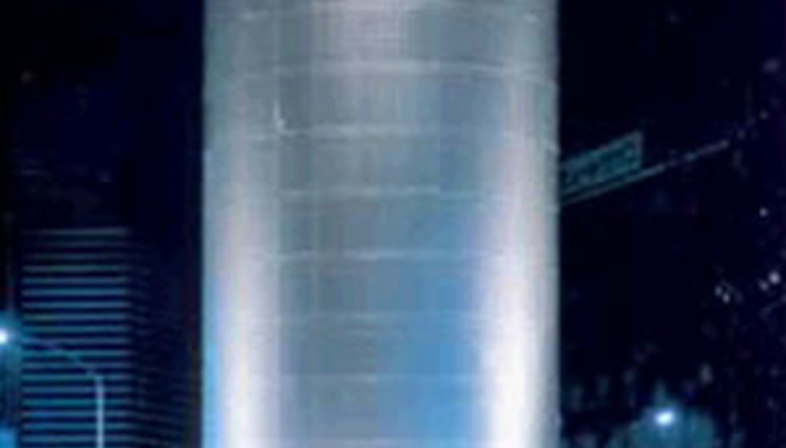 The effect is truly original, because the reflective part can be seen beyond the volume of the tower with its monolithic shape.The tower is particularly spectacular at night, when the lights and neon rings make the Wind Tower into an architecture of light.
The old tower no longer exists, as it was demolished in the late '90s, but it was a true urban icon not so much because of its 21 metre height but for the unusual effects created by light irradiated toward the city.
The lighting system was controlled by 2 computers which modified the intensity and direction of various light sources on the basis of natural light, weather conditions, wind speed and external noise.
Toyo Ito's intention was above all to keep the building's relationship with the city alive, even at night, so that the building would not "switch off" but continue to interact with its surroundings even in the absence of natural light.
This was a very innovative idea at that time, in line with the new way of viewing light not as a merely functional element but as an integral part of architecture and design, an expressive, characterising element with great potential. 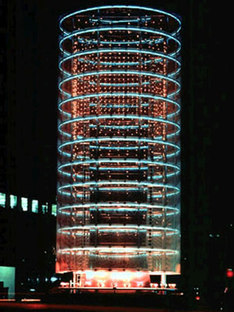 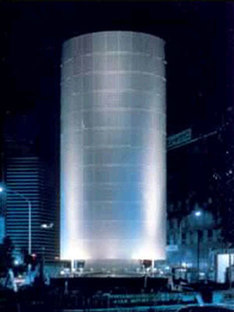 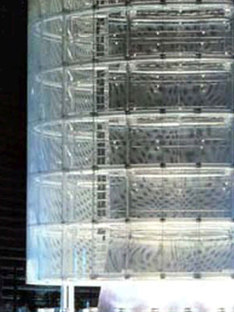 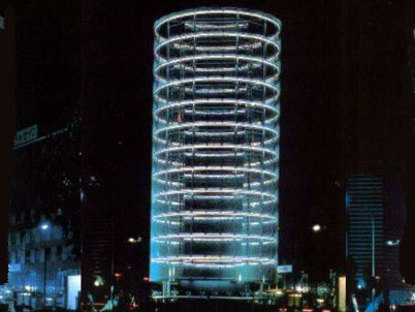