SpazioFMGperl'Architettura, the Iris Ceramica Group’s exhibition gallery, presents the seventh episode in The Architects Series, a documentary on Weiss/Manfredi presented by The Plan magazine. The studio’s founders Marion Weiss and Michael Manfredi have recently won a number of important awards for their projects, particularly Hunter's Point South Waterfront Park, designed with SWA / Balsley. 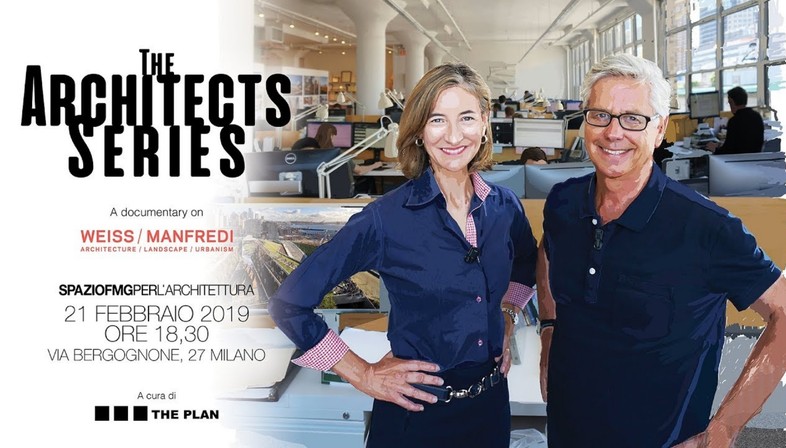 Architects Marion Weiss and Michael Manfredi will attend the February 21 opening of the latest new episode in The Architects Series, the cultural format presented by The Plan magazine for SpazioFMGperl'Architettura, the exhibition gallery run by Iris Ceramica Group brands Iris Ceramica and FMG Fabbrica Marmi e Graniti. A couple in work and in life, Weiss/Manfredi have recently received a number of important new awards for their projects, particularly for Hunter's Point South Waterfront Park, designed in partnership with SWA / Balsley.
The studio’s full name is WEISS/MANFREDI Architecture/Landscape/Urbanism, emphasising that a single word like “architecture” is not enough to represent all the challenges faced by today’s architects.
On the occasion of the presentation of the seventh episode in The Architects Series, architects Marion Weiss and Michael Manfredi will give a lecture on “Lines of Movement” focusing on the theme addressed in the installation presented at the 16th International Architecture Exhibition - La Biennale di Venezia.
In a world where the availability of natural resources is increasingly limited, architecture plays an important role in responding to the new challenges of climate change and social isolation. The theme of the event in Venice was "freespace" constructions in projects on a large urban scale, while at SpazioFMG the architects draw the public’s attention to a vast selection of their most recent works, including the above-mentioned Hunter's Point South Waterfront Park designed in partnership with SWA / Balsley and presented as a new model of coastal resilience and social life in the city. 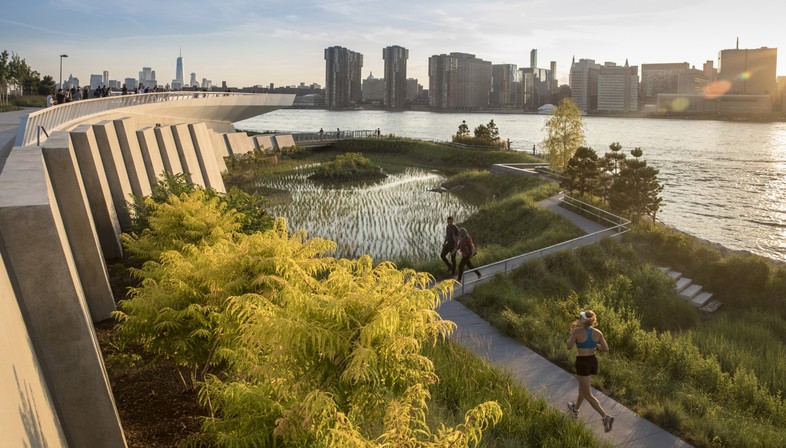 The Hunter's Point South Waterfront Park project on the banks of the East River in Long Island City, in the United States, takes advantage of the lay of the land to create what has been described as "a new ecological urban paradigm and a model of coastal resilience". The project, implemented in partnership with SWA / Balsley, extends over 30 acres, of which the park is only a small part. The project involves redevelopment of a post-industrial waterfront, where the architects created a new flood protection system to replace the existing concrete bulkheads. The masterplan includes construction of a building complex with affordable housing, and is New York’s biggest project of this kind since the 70s. The park therefore serves a new urban community, offering splendid panoramic views of the Manhattan skyline.
Hunter's Point South Waterfront Park has won numerous awards, starting with the AIA New York Chapter Design Award in 2013, received before the park was even built. This was followed by the Open Space Award in the AIANY + ASLANY Transportation + Infrastructure Design Excellence Awards and the Engineering News-Record Landscape/Urban Development Award early in 2018, ending with the "Best of Design" award in the Public Landscape category, awarded by the Architect's Newspaper in December 2018.

Opening: 21 February 2019 at 18:30 (register to participate on Eventbrite)
SpazioFMGperl'Architettura, via Bergognone 27, Milan – Italy 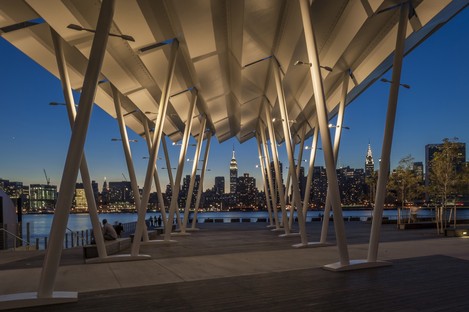 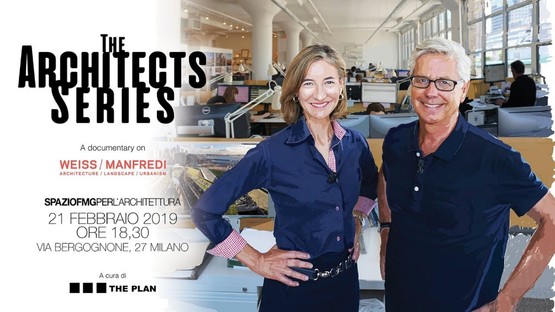 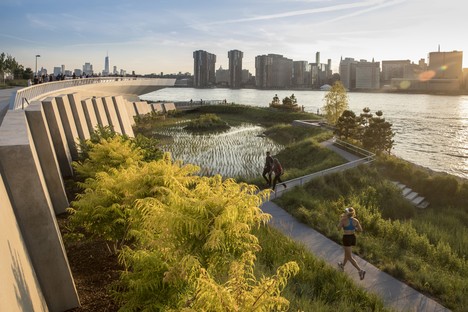 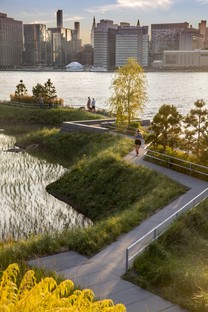 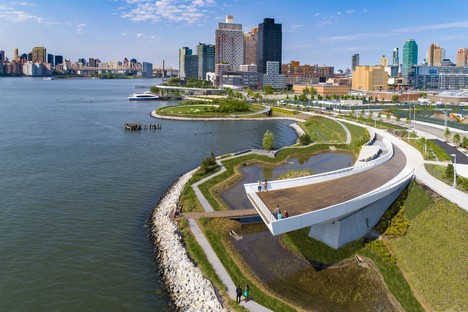