Weiss Manfredi’s Olympic Sculpture Park in Seattle is a perfect manifesto representing the studio’s multidisciplinary approach to all its projects, incorporating architecture, urbanism and landscape, as explained by the architects in the lecture held at SpazioFMGperl'Architettura to introduce the seventh event in The Architects Series. 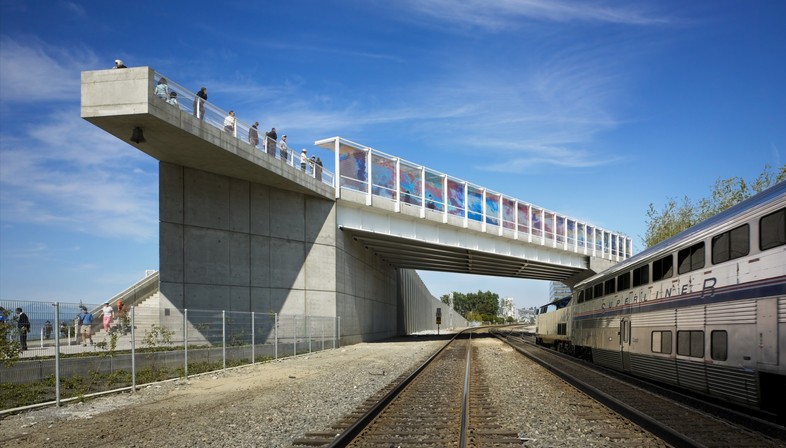 The complete name of the studio founded by architects Marion Weiss and Michael Manfredi is WEISS/MANFREDI Architecture/Landscape/Urbanism, a significant choice of name, and not only to identify the studio’s areas of interest. At the opening of the seventh event in The Architects Series, the cultural format presented by The Plan magazine at SpazioFMGperl'Architettura, the exhibition gallery operated by the Iris Ceramica Group, Marion Weiss and Michael Manfredi began their lecture on “Lines of Movement” by clarifying why their studio has such a long name. We’re used to seeing architectural practices with names combining the proprietors’ surnames, or a shortened version thereof, with the word “architects” or “architecture”, in whatever language. But Marion Weiss emphasised that a single word like “architecture” is inadequate to represent all the challenges architects face in every project, hence the use of the words “Architecture/Landscape/Urbanism” as the studio’s manifesto. The Olympic Sculpture Park project in Seattle is an excellent example of what Weiss means, and a clear manifesto illustrating the studio’s modus operandi. 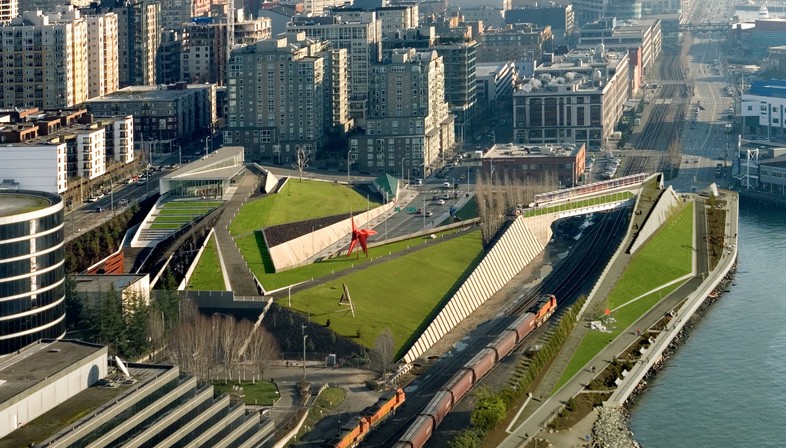 Olympic Sculpture Park is a project in which architecture, landscape and urbanism come together to offer a response that goes beyond solving an infrastructure problem. Weiss/Manfredi’s project not only remodels the landscape of an unresolved node in the city but gives it an important new cultural and social function. The project is an initiative of the Seattle Art Museum responding to the need to offer a new approach to art that goes beyond its classic setting, the museum, to make it an active part of people’s lives and of public spaces in the city.
An international design competition was held in 2001 for the planning of the park in the area between Downtown Seattle and Eliot Bay, composed of three lots of land separated by a major traffic artery and by railway tracks. Weiss/Manfredi’s winning project took advantage of the difference in elevation of about 12 m between the waterfront and the city centre to create a Z-shaped green platform with a pathway including bridges, ramps and gardens featuring different species, restoring the area’s topographic unity and joining the new pavilion on the city side with a new beach on the waterfront side.
The pavilion of glass, bare concrete and steel adapts to the irregular morphology of the land, houses art exhibitions and temporary events and marks the starting point of the open-air pathway. 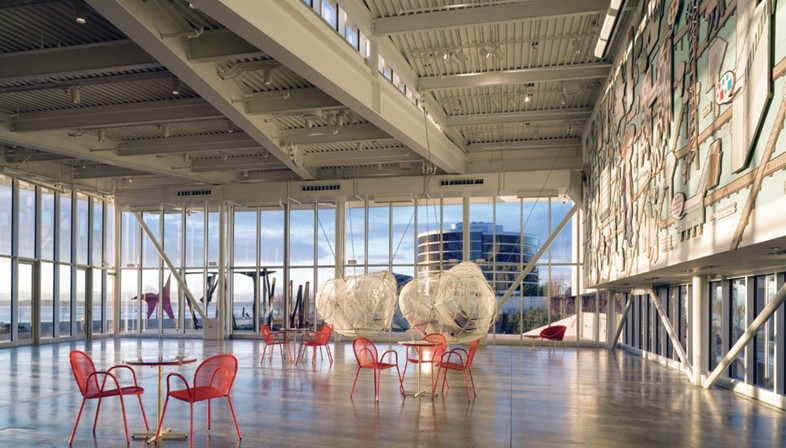 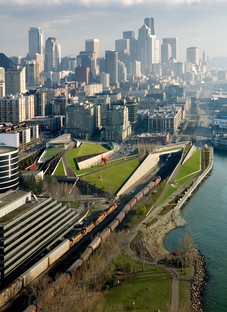 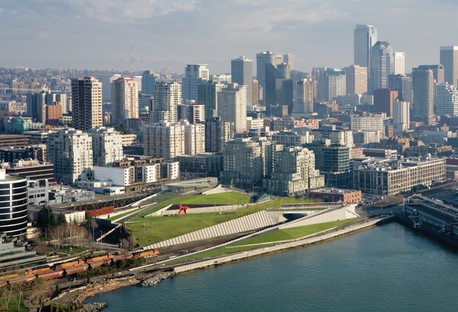 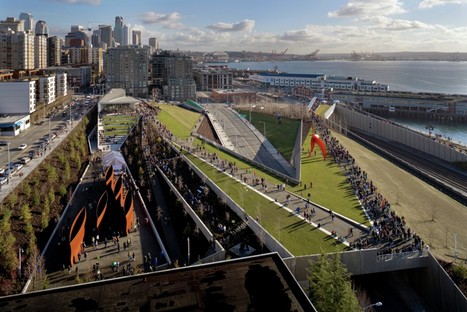 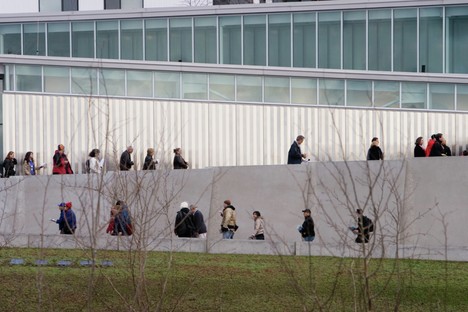 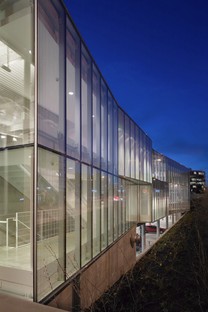 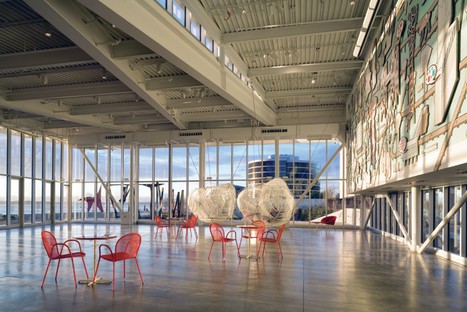 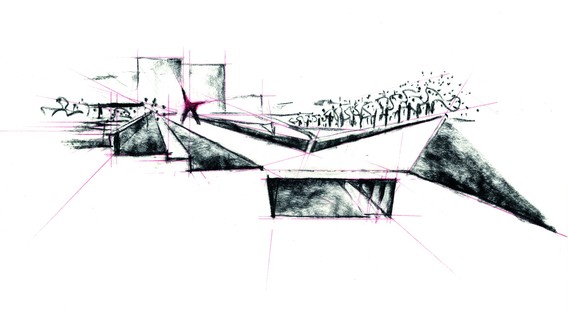 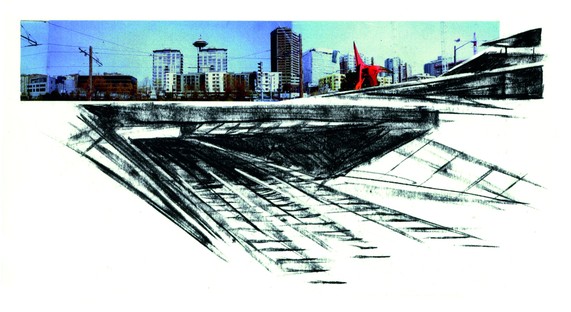 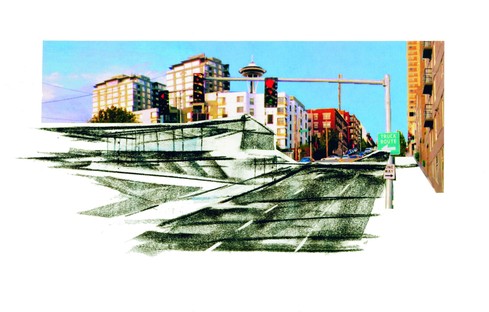