The latest work of architecture from Walter Pichler is this "home by a forge" set in the beautiful Eggental valley in Alto Adige. The architect designed the home for his cousin, adjacent to the old workshop of their grandfather Eugen Pichler. 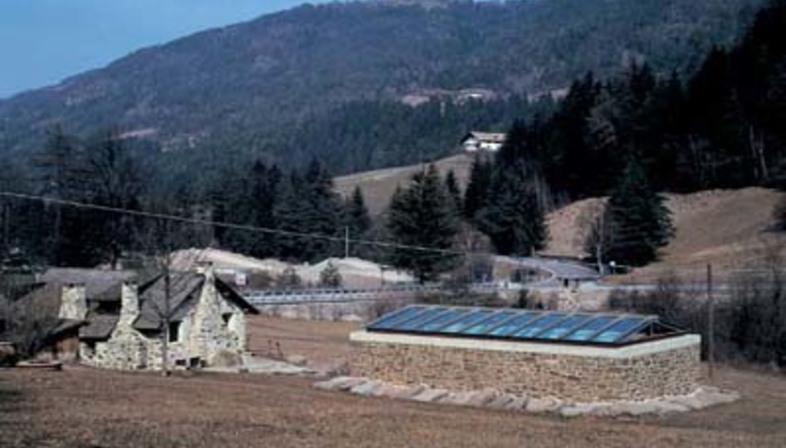 The house relates exclusively to its natural setting: the entire valley seems engulfed in a dense atmosphere of mystery bringing to mind the secrets of a childhood that ended all too soon. The mountains surrounding it set the tone of a harsh, silent place which perfectly suits the character of the architect, who loves to take refuge in solitary places far removed from the frantic pace of modern life. The old forge that once livened up the valley with its intense activity has recently been restored and is now protected as a heritage home.

Pichler goes back to places of childhood memories in his new project, returning to his grandfather's workshop and the Latemar and Rosengarten mountains, with their power to reawaken the full intensity of his childhood emotions. But he works within a limited sphere, concerned only with that corner of the sky visible from the valley, as if a curtain of glass cut him off from the fascinating outside world. The huge masses of red porphyry constituting the building's walls are the sole custodians of unbroken silence, broken only by a vertical crack for the entrance door.

The new building is carefully distanced from the old werkstatt to create a small courtyard: the small stone square thus because an enclosed space for use by the inhabitants of the home. A closed façade interrupted only by an iron door faces the old workshop that has been incorporated into the construction.

The ratio of the architectural scale of the two buildings offers a specific confrontation of different historical ages and generations; two constructions of different times and purposes are brought together by the Haltung.

The forge is a product of history and to the vicissitudes of the past; but Pichler's construction is created out of the intensity of memory, of gratitude, of a sense of belonging. 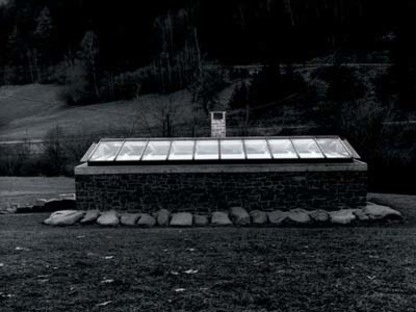 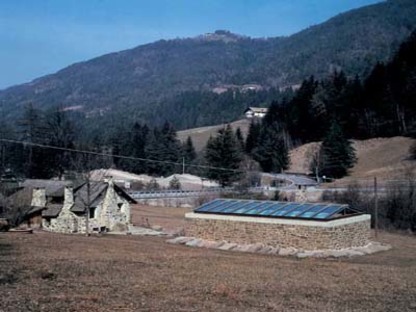 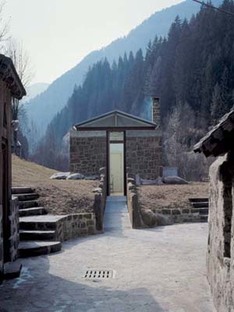 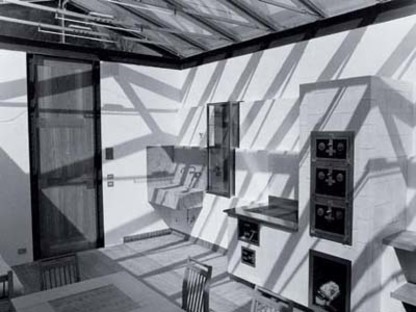 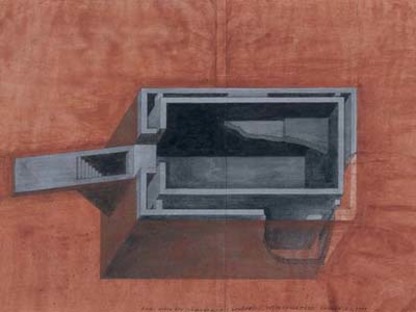