The Italian Vudafieri-Saverino Partners studio, based in Milan and Shanghai, has completed the renovation and restoration project of an exclusive villa in the Shanghai area, known as Concession Française. A project focused on an ideal balance between East and West, evocative of local influences and traditions combined in perfect harmony with a contemporary style and western design objects, recognised with the Archmarathon Awards 2018 in the Private Housing category. 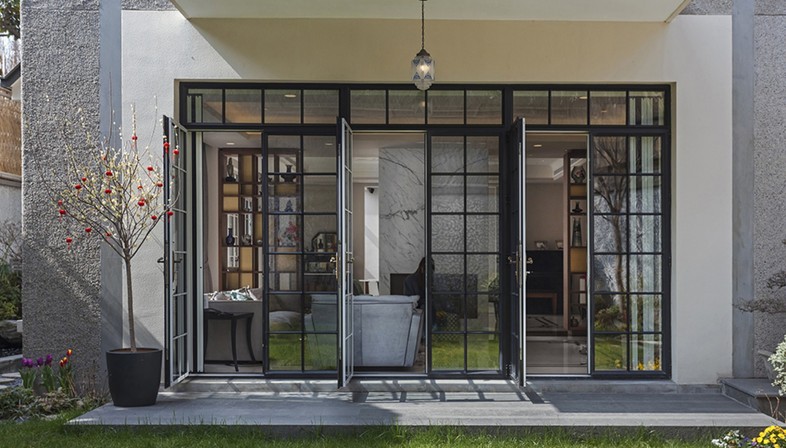 Concession Française, located in Shanghai, has the charm of places where time appears suspended. An area of the city that extends over the left bank of the Haungpu River, administered by France from 1849 to 1946. In the 1920s, this part of the city - today part of the Xuhui and Luwan districts - had acquired a strong international connotation. The skyscrapers of the bustling contemporary city can be seen from afar, while this area has preserved its residential character, as well as being a big tourist attraction, where you can breathe in the atmosphere of old Shanghai. Here, along the elegant tree-lined streets, high walls protect the beautiful colonial residences of the Chinese metropolis from the looks of passerbys. Today, Hunan Lu Villa is one of these residences restored to its original context thanks to the project developed by the Vudafieri-Saverino Partners studio , Italian architectural firm based both in Milan and Shanghai. The villa, dating back to 1920, was purchased by the current owner in a state of semi-ruin. Architects from the Vudafieri-Saverino Partners firm were able to meticulously restore that mix of elegance, modernity and tradition characterising the villa, with a design in which ancient artefacts, artwork and Chinese ritual spaces come together in perfect harmony with contemporary western objects. 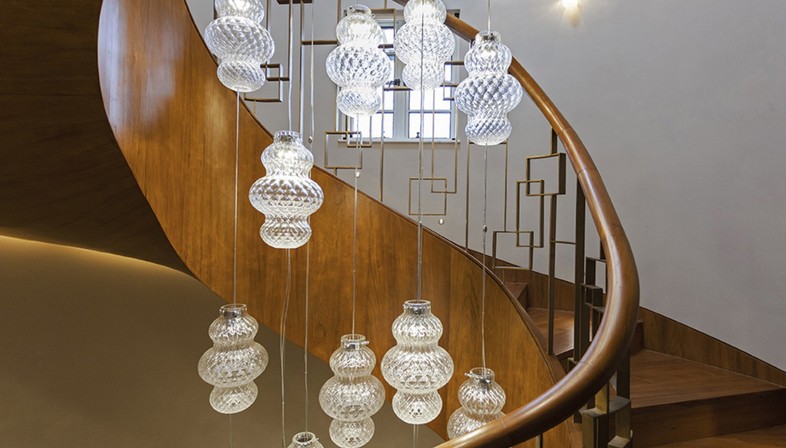 The search for balance, for a harmony between the two souls of the villa: the Chinese and the Western traditions. It is this very balance and harmony that constitute the common thread of the entire project, involving the full property - external as well as internal areas and of course the façade.
The exteriors have been completely redesigned, with the addition of a top floor and large windows to strengthen the dialogue between the inside and the outside.
The design of the façade is based on an extensive and careful study of the materials used in the Shanghai of the 1920s: light yellow marble, river pebbles and grey stone. The architects have used the materials in a perfect balance that enhances the elegance of the building.
The garden, landscaped based on Chinese tradition and Feng Shui practices, completes the exterior of the villa. Closed off to the outside world, the garden is in a visual and physical relationship with the interior spaces of the house, made up of elements (water, stone, green spaces) that contrast and combine, contributing a deep sense of balance to the overall design. The rocks, for example, immutable, hard, are in stark contrast to the continuous and fluid movement of the water and, at the same time, break up the straight and strongly defined lines of the property’s boundaries. All, in a continuous game of opposites, of yin and yang that governs the full design.
The building appears imposing and impressive over its four floors, which enclose contemporary spaces and Chinese ritual areas. The iconic wooden staircase is a new design element, “the vertical soul of the villa” which connects the different floors. Its fluid movement also incorporates the spectacular chandelier inspired by traditional Chinese lanterns, a further example of the subtle balancing act characterising the overall design. 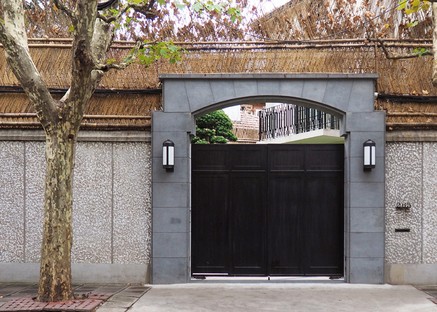 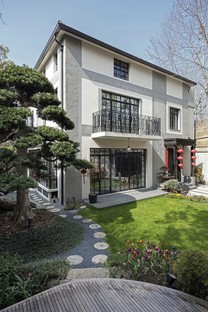 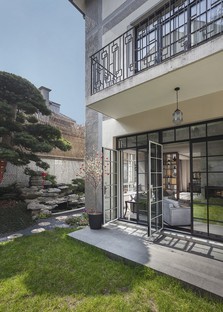 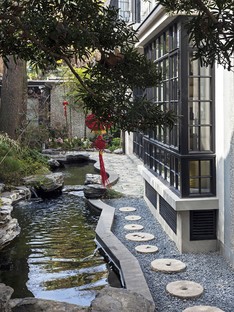 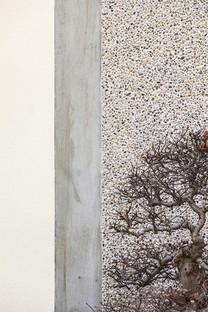 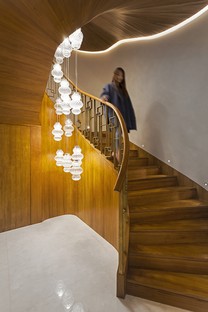 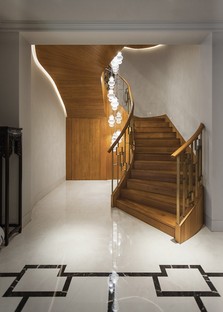 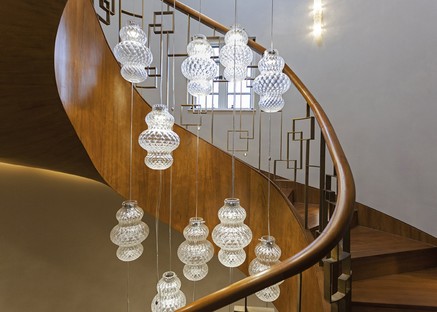 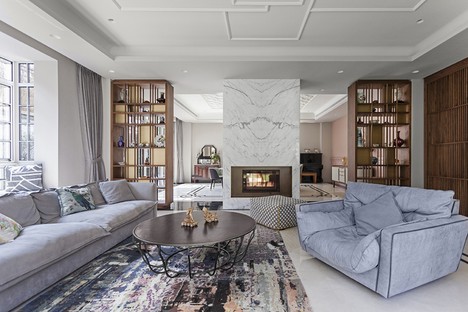