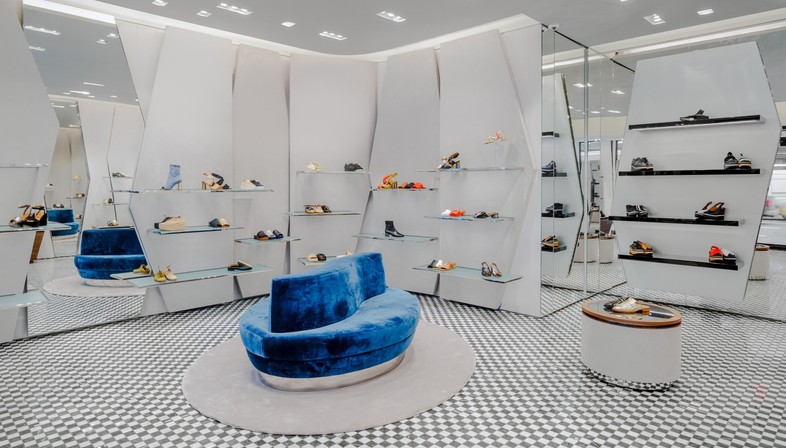 The French luxury footwear brand founded by Robert Clergerie in 1981 has roots in a historic production site in Romans-sur-Isère with archives dating back to 1895, which Robert Clergerie purchased in 1978. David Tourniaire-Beauciel, new creative director since 2017, drew inspiration from the brand’s history to give it a new sense of modernity. This new vision is also reflected in the brand’s new single-brand stores, exclusive boutiques inaugurated in the autumn of 2017 and the spring of 2018 on two important international shopping streets: Madison Avenue in New York and Rue St. Honoré in Paris. Architectural studio Vudafieri – Saverino Partners was asked to come up with a new concept that would stand apart from the previous boutiques and represent the French brand’s traditions and renewed values. 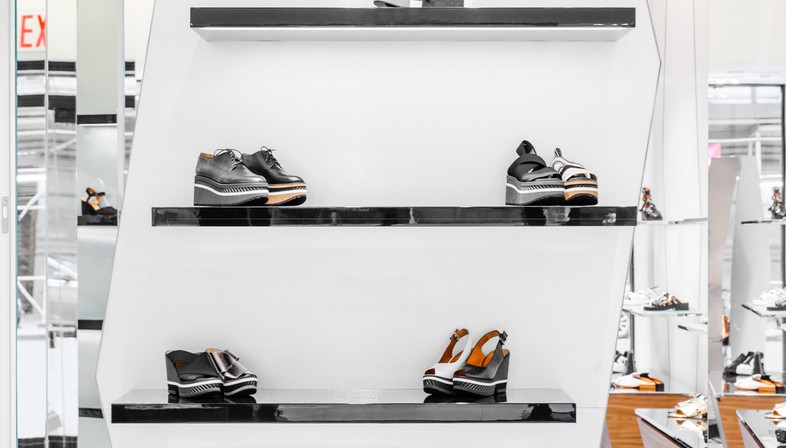 Italian studio Vudafieri – Saverino Partners led by architects Tiziano Vudafieri and Claudio Saverino have plenty of experience working in the retail sector under partnerships with brands such as Delvaux, Pucci, Tod’s, Roger Vivier, Moschino and Sonia Rykiel. The Milanese architectural studio took care of worldwide development of single-brand stores for the Clergerie brand, and particularly came up with a new concept for the company’s launch of two new flagship stores, the Paris boutique inaugurated at no.326 Rue Saint-Honoré in September 2017 and the one in New York opened at no. 901 Madison Avenue in February 2018. Two exclusive new boutiques incarnating the spirit of French designer David Tourniaire-Beauciel, the brand’s new creative director, whose new collections are inspired by the brand’s tradition, innovation, handcrafting and uniqueness.

The image of a woman with a bold, self-sufficient temperament, a combination of urban nature, rock’n’roll and glamour who overturns the principles of classic ways of dressing and goes beyond the passing fads, provides the inspiration for the interior design project developed by architects Tiziano Vudafieri and Claudio Saverino.
On the outside, the façades of the two boutiques are covered with aluminium plates recalling Clergerie’s urban mood. The tartan motif of the window displays in the New York store is a chiselled pattern inspired by the cover of a vintage catalogue found in the Clergerie archives. Inside the two boutiques, soft blue suede sofas with sculptural forms provide welcoming islands in a game of panels and mirrors with irregular lines, contrasting with the clear, precise lines of glass or glossy black shelves. The fine black and white chequerboard motif of the floor also contributes to this game of geometric shapes and reflections. The combination of elements, forms and materials chosen by the architects conveys a sense of softness here, and hardness there; the two boutiques stand out for this unusual mix of materials and architectural elements with a bold visual impact, and their bright colour contrasts in an on-going dialogue and dialectic. All these elements help give the two boutiques a bold, highly recognisable character. The intimate, cosy spaces are at the same time modern and sophisticated, of unconventional elegance in line with the image of the brand and its collections. 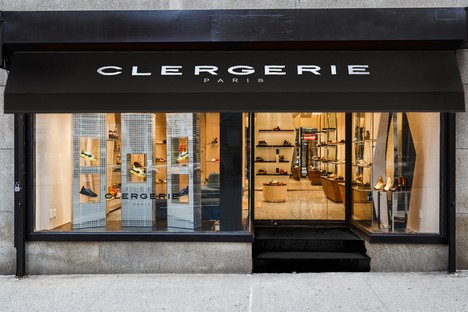 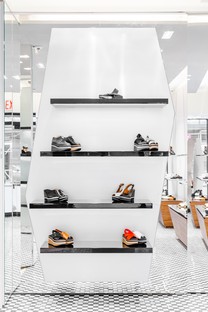 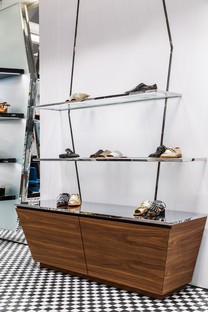 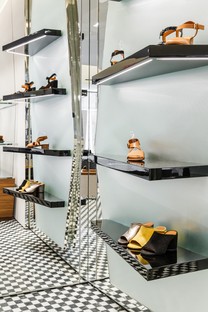 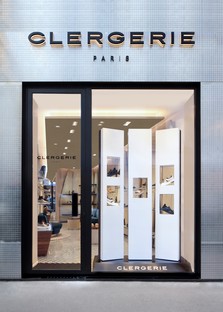 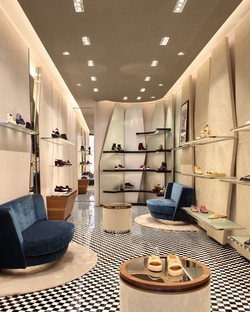 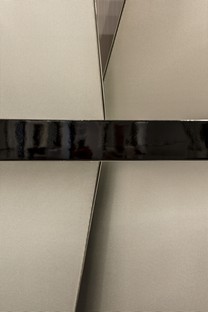 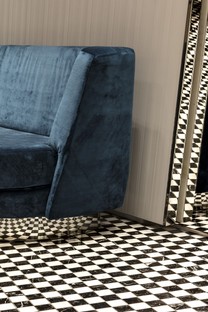 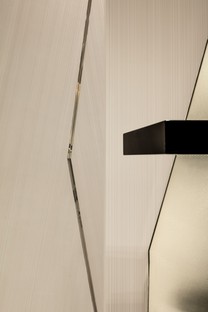