The new Pilarín Bayés library designed by BCQ arquitectura barcelona + Toni Casamor opened on 7 October in Vic, Spain. Contained in the former barracks of the Guardia Civil, the building is named after a famous illustrator and caricaturist, originally from Vic, who published more than nine hundred books. 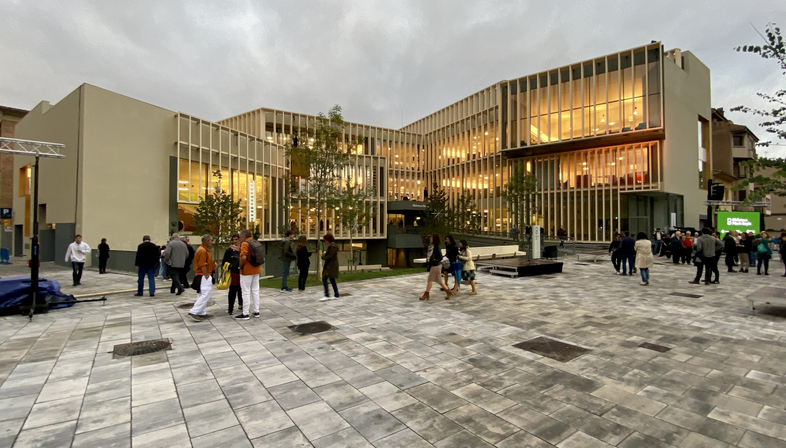 Architects David Baena, Toni Casamor, Manel Peribáñez and Maria Taltavull designed the new Pilarín Bayés library in Vic, Spain. The big, friendly building occupies a corner lot, but is removed from the alignment of the street. The architect has designed an L-shaped floor plan arranged around a luxuriant garden open to the city, a solution responding to the need to dedicate a space for memory which can also be used for reading outdoors. The building is of great symbolic value, as the site was a former barracks of the Guardia Civil where the ETA mounted a horrible terrorist attack in 1991, killing 10 people. The city government responded to these terrible events, which had a profound impact on the local community, with a building representing the values of culture, social integration and tolerance, dedicated to Pilarín Bayés, a famous illustrator and caricaturist born in Vic who has published more than nine hundred books.

The building is composed of an interesting series of volumes. The façades of the side volumes are treated differently to ensure that they fit harmoniously into the urban fabric, integrating with the façades of the buildings nearby.
The façade of the main volume, facing the garden, is screened by a series of vertical slats that filter the light to protect the reading rooms from the sun’s rays. The library’s main entrance is reached via an inclined ramp from the garden leading to the main reading room, the children’s area, the periodicals area and the restaurant and bar. The interior is a succession of small spaces with a domestic feel, which can be used to host a variety of cultural, recreational and civic events organised by the library. The composition of the volumes is also reflected on the outside, where the roofs of the volumes below become terraces for outdoor reading off of the main reading rooms on the upper level.
In the evening, the spaces are lit up by large horizontal lamps containing inscriptions; the message in the panoramic upper room sums up the building’s essence: "Knowledge illuminates life". 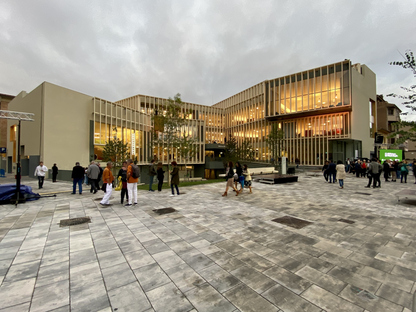 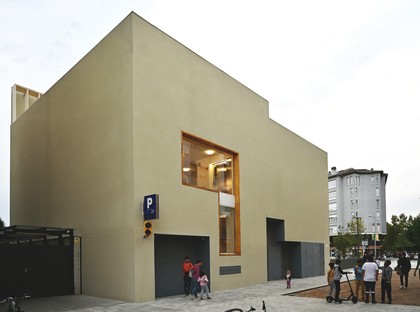 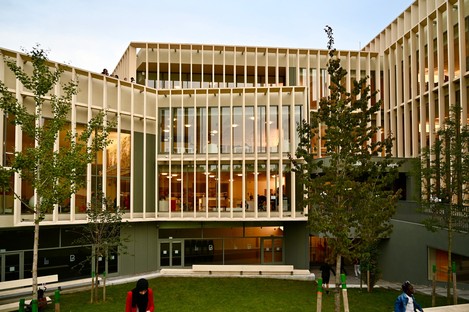 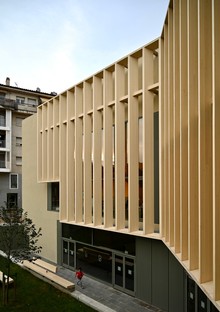 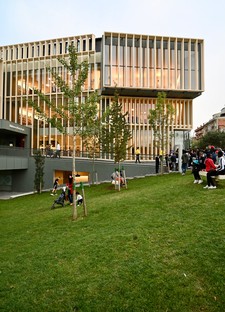 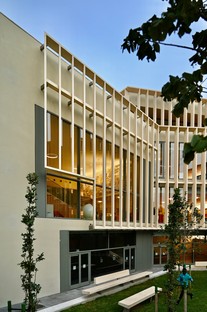 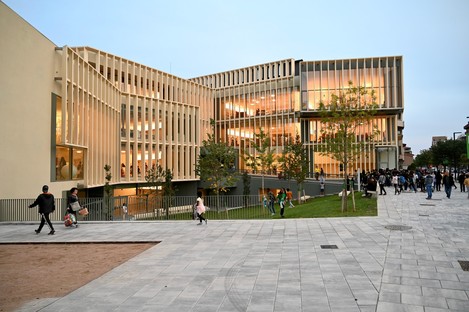 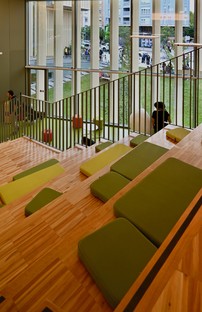 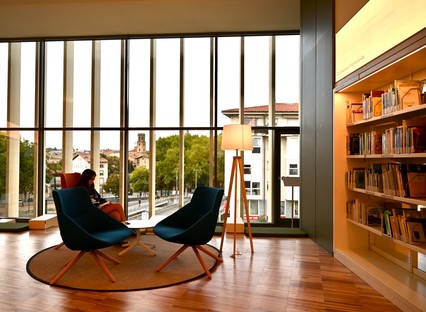 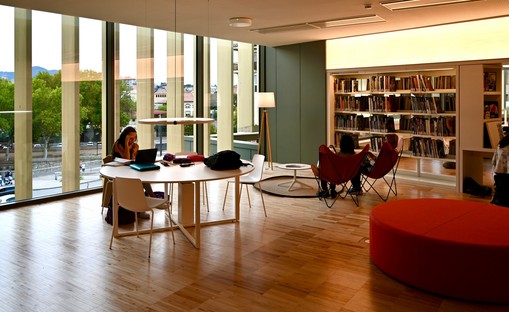