The Espai Cràter, a volcano museum designed by BCQ arquitectura barcelona + Anna Codina, was recently opened in Olot, Catalonia. This new building was built underground inside an inactive volcano, and the area directly above it is set to become a park with a natural beech forest. 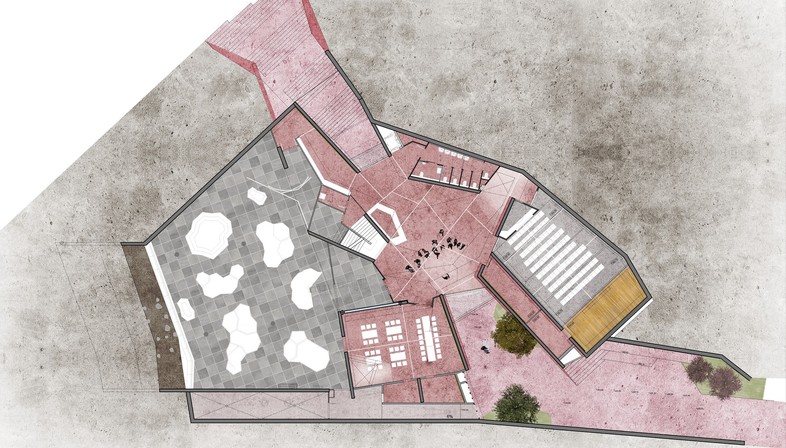 The architecture firm VOLstudio, established by Toni Casamor and Anna Codina, has designed a new museum - study center on the volcanoes of Garrotxa and from all over the world, which was built in Olot, Catalonia. The building designed by the architects becomes a key element and a plays a significant role in the experience that visitors can enjoy here. This is because the museum was actually built underground inside a dormant volcano, the “Puig del Roser”. Each stage of the project was driven by a desire to not only design the building, but also to offer visitors a unique experience, starting with the slogan that was specially created when submitting the project to the architectural design competition.
In fact, VOLstudio named the project “Camí de foc” (Road of fire). The aim was to conjure up the idea of a river of lava, which, with its destructive force, shapes the surrounding environments, carving them out of stone and creating an interior landscape in its own right, consisting of fragmented geometric shapes and sloping walls resulting from nothing more than underground tectonic force. A project in which architecture and museography come together. This is evident in the volcano slope made of gypsum, currently on display in the museum's main hall, which was actually unearthed during excavation and thus becomes the star attraction of this room.
Aside from the large main central hall, the museum also has a classroom for teaching, an auditorium seating up to 110 people, and an area in which studies can be presented and insights on volcanology can be gained. In keeping with the concept behind the museum, which is to convey a message that is enclosed in the volcanological center, rather than a building serving as a container, the architects decided to build the museum using locally sourced materials such as gypsum, basalt, and beech wood. The power that the museum needs in order to function also comes from underground tectonic force. In fact, a geothermal plant has been built, with 17 wells at a depth of 100 meters. This technological solution, which is on display in the museum's main hall, goes hand in hand with the theme of the museum, to the point that it actually becomes part of the story of the volcanoes. A natural, 3,000-square-meter beech forest will eventually grow on top of the building, and will thus become a green area connecting the museum to the city center. As a result, the museum will only be visible from the two entrances, located opposite each other, and from several skylights that will flood the interior with natural light during the day and, at night, will project outside the light coming from underground. 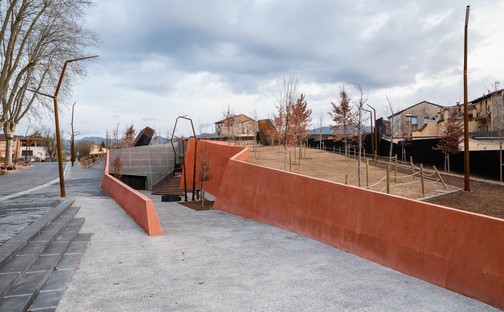 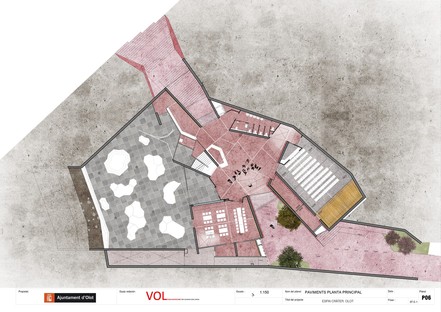 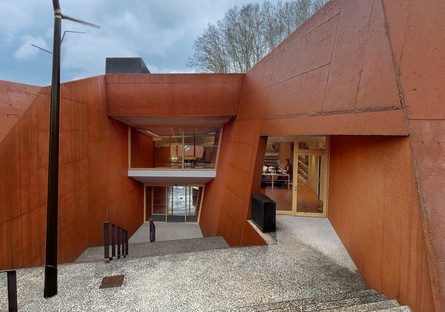 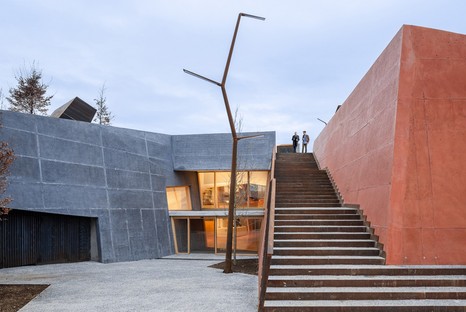 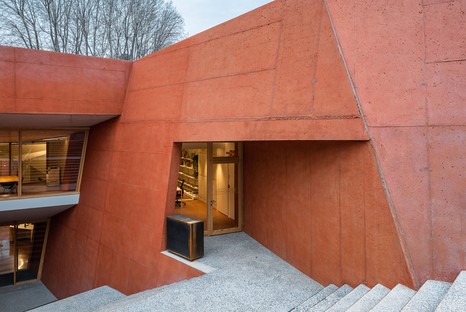 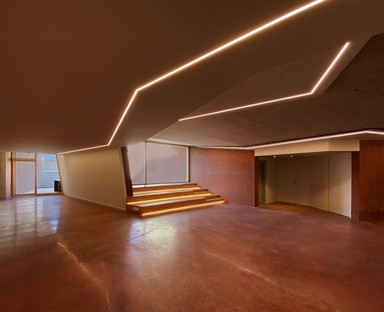 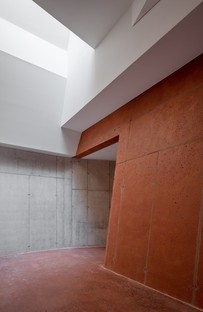 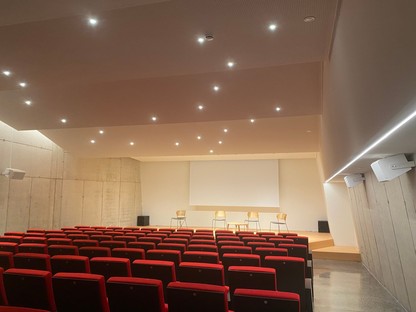 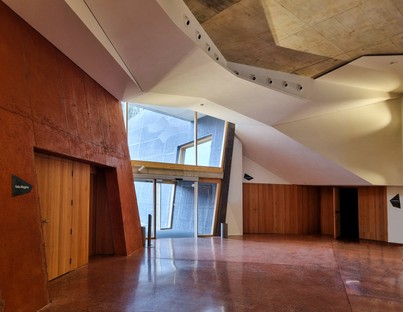 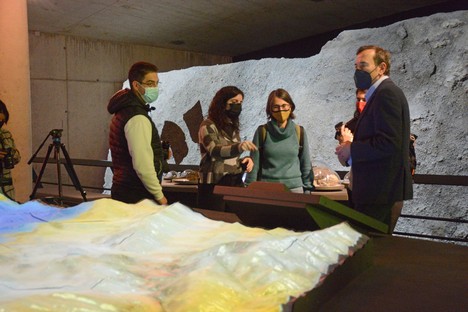 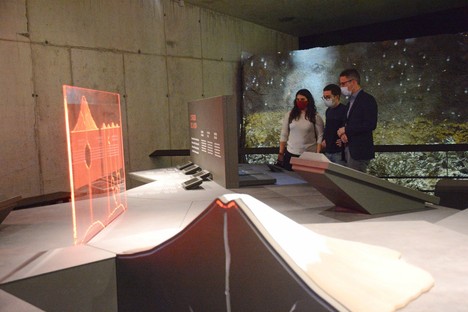 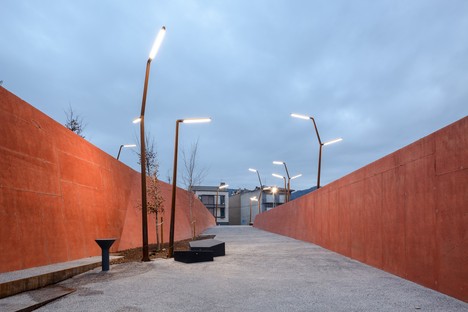 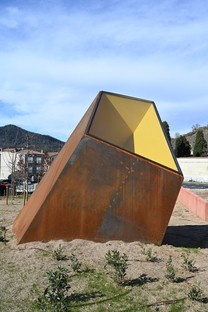 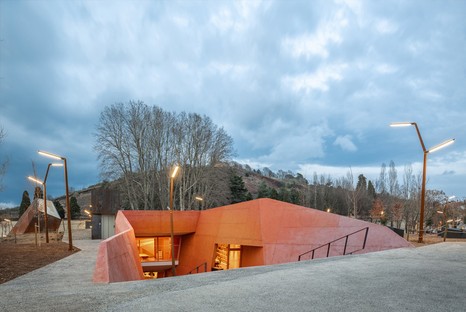 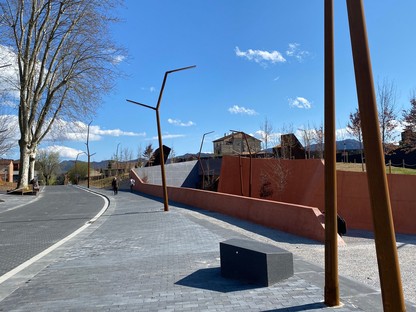