There is a lot of talk about the relationship between architecture and sculpture. Numerous exhibitions have looked into paths for interaction, possible dialogues, and forms of comparison. Bilbao, for instance, recently hosted ArchiSculpture, an exhibition exploring interaction between Architecture and Sculpture since the eighteenth century. 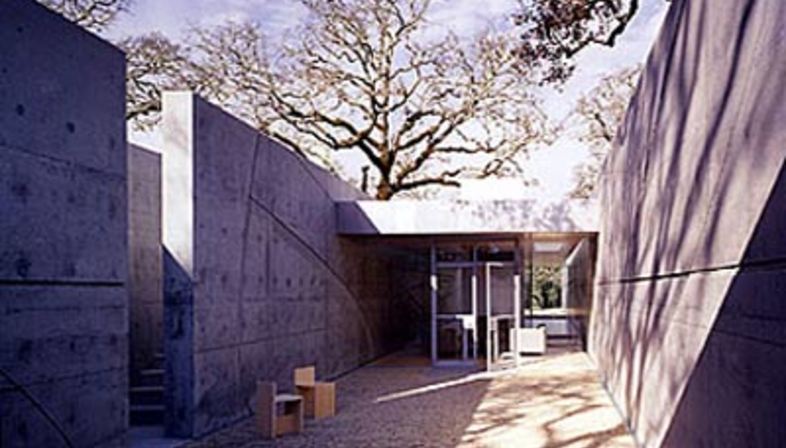 In the past decade this comparison has produced such daring forms as Rem Koolhaas's House of Music, Zaha Hadid's Phaeno Science Centre and NOX's Son-O-House, and even redundant projects like Frank Gehry's Guggenheim Bilbao, which nonetheless marked an important turning point in the culture of design.
Working with materials to sculpt architecture is still possible at more subtle levels, which are not necessarily more cautious. The California studio Jim Jennings Architecture recently built Visiting Artists House, a brilliant example of how architecture can communicate with plastic thought through the channels of an essential minimalist aesthetic which is nonetheless laden with significance and with references to the expressive power of materials and their ability to form architecture, in the sense of creating its form.
The home has just won the Institute Honor Award for Architecture.
According to the judges: "The powerful design gets its strength from a simple palette of materials, scrupulously detailed and highly crafted...The facility's lighting allows the structure to glow from within, warming and softening the austere concrete... Two nearly parallel concrete walls create a dialogue between architecture, landscape and art."

The building, located on a hillside, is owned by an art lover and patron who wanted a house worthy to contain sculptures by Richard Serra, Bruce Nauman, Martin Puryear and others and host artists commissioned to produce new artworks. In short, a "visiting artists' house".
Jim Jennings' work, a sculpture among sculptures, draws its strength, form and inspiration from a material - cement. Two 60 metre walls, imposing and yet slender, run along the hill in seemingly parallel lines. In actual fact they diverge at the north end and converge at the south end, creating perspectival phenomena expressed with the force of a poetic gesture. Architecture here is more like an engraving than a building.In addition to the prestigious AIA award, Visiting Artists House won the Excellence in Architecture Honor Award and the Kirby Ward Fitzpatrick Prize in 2005.
Here, on the hill in Geyserville, architecture, the plastic arts and poetry come together in one of their most successful joint efforts. 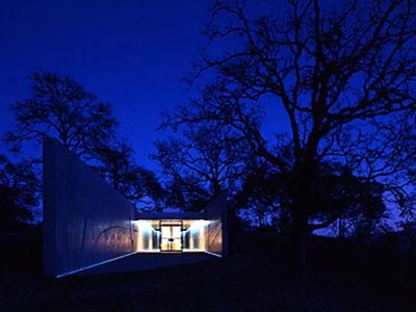 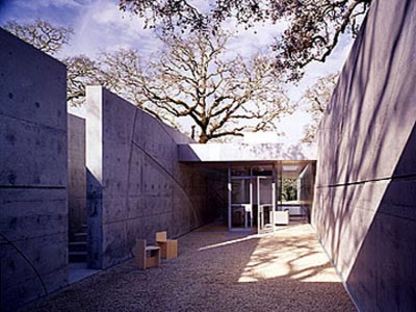 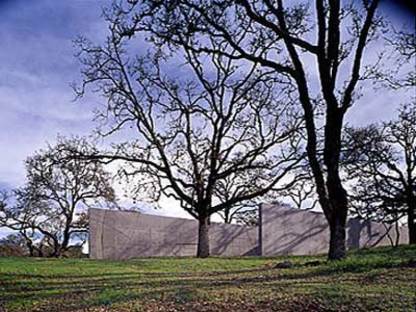 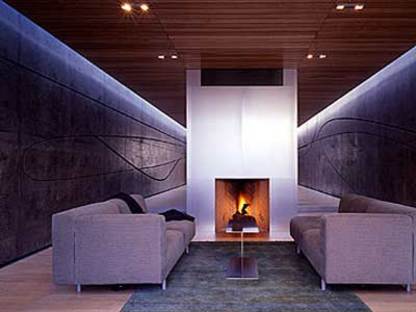