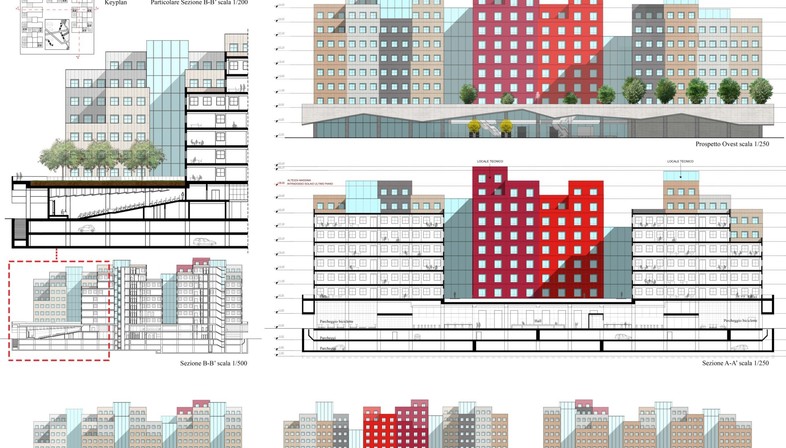 Studio Gianluca Centurani has come up with an interesting project for the design competition for the new headquarters of ISTAT, Italy’s national statistics institute, in the Pietralata district of Rome. To achieve the highest possible level of LEED certification, Platinum, the architects use passive strategies and cutting-edge technical solutions to optimise the building’s energy requirements and limit its consumption. The building’s cladding plays an important role in achieving this: the architects optimise the building’s performance with ventilated façades made using Porcelaingres and Fiandre Architectural Surfaces porcelain slabs, particularly surfaces treated with Active Clean Air & Antibacterial Ceramic™ technology. This design solution offers countless benefits: in addition to its refined aesthetic qualities, benefits include thermal and acoustic insulation, resistance to the action of atmospheric agents and an ability to play an important active role in cutting levels of key pollutants (nitrogen oxides, volatile organic substances, etc..) thanks to the photocatalysis process triggered by titanium dioxide distributed over the surface of Active ceramic slabs. 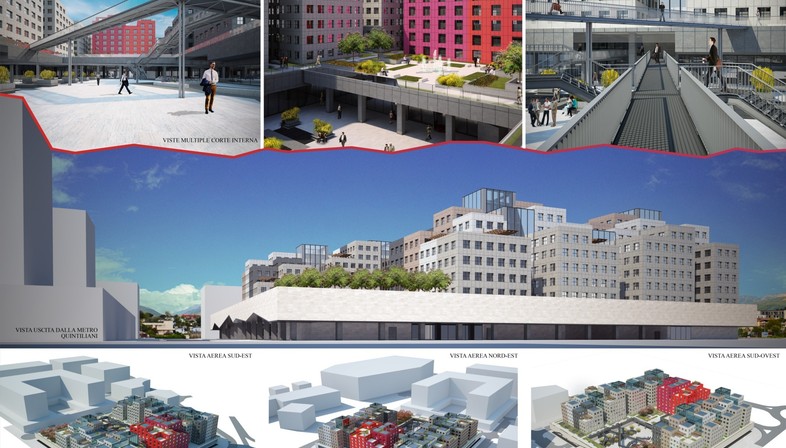 The new ISTAT headquarters will be an office complex measuring about 48,000 sqm for about 2000 employees, with extra workstations for consultants and assistants as well as related spaces (meeting rooms, archives, toilets) and public spaces such as a 600-seat auditorium and congress centre, a cafeteria, a library with archives, a kindergarten and a gym. The spatial distribution of functions and spaces in Studio Gianluca Centurani’s project is dictated by the shape of the available lot, the new building’s urban context, and careful examination of all the elements around it (vehicle and pedestrian access routes, orientation, links with the public transport network, needs consequent upon the building’s functions). The cafeteria, for example, is positioned by one of the walls to permit better use of the adjacent streets and make it accessible from the central courtyard as well as from inside the building. In response to the competition announcement’s request for unity of form and function in the project, the architects have concentrated all accessory and public functions in a base plate, a prevalently horizontal building extending around the perimeter of the lot. In this base, for example, is the entrance hall directly linked to all the other functions. The office towers rise out of this base plate, on floors with different degrees of privacy, with a series of terraces and gardens reserved for management and executive offices on the top floors. The architects of Studio Gianluca Centurani have included a number of elegant but clear references to the statistics’ institute’s work, such as a broken line on the western wall of the base plate, or the skyline of the towers rising out of the base; parallelepipeds of different colours rising out of the square base, like a 3D histogram, a graph frequently used in statistics. 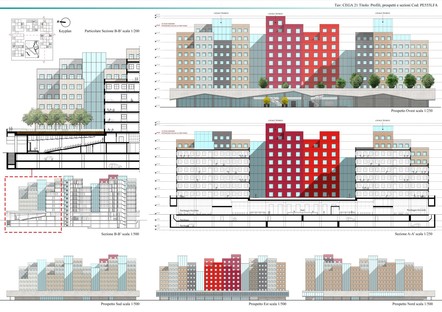 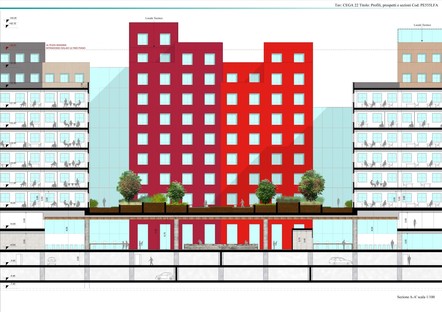 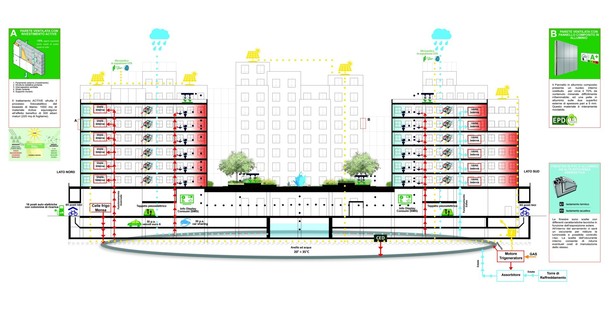 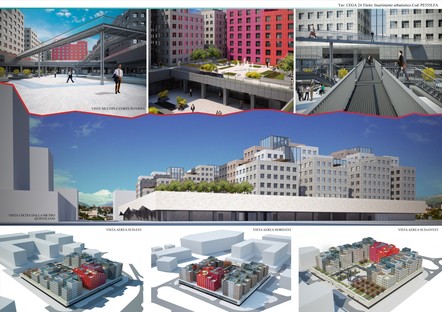 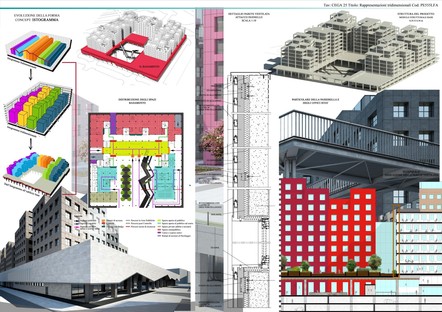 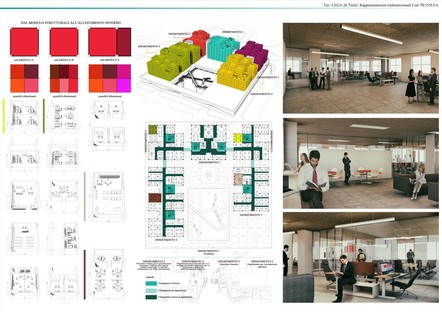 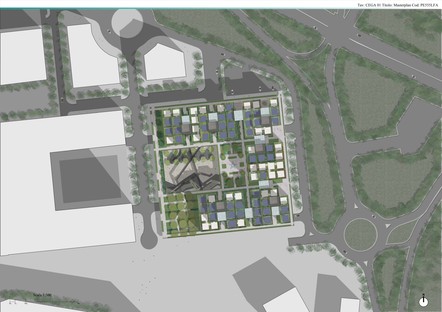 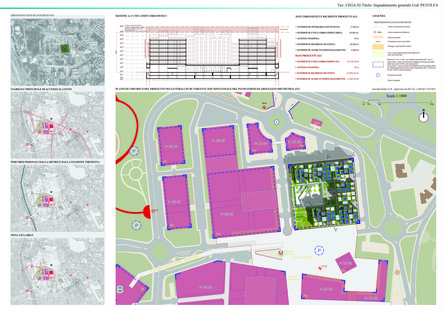 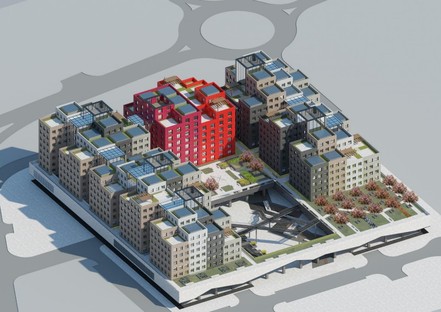 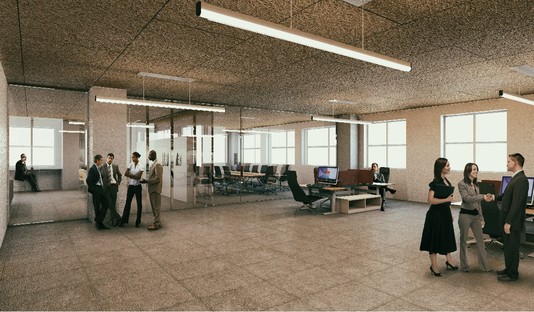 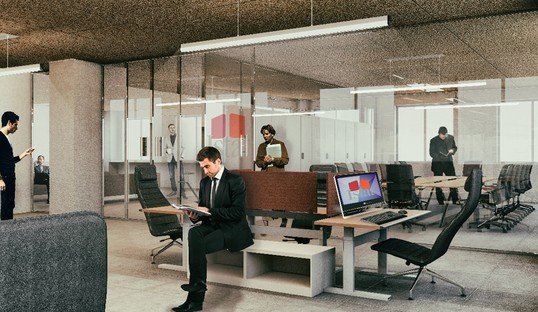 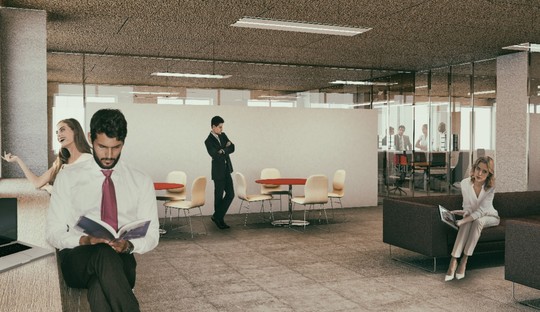 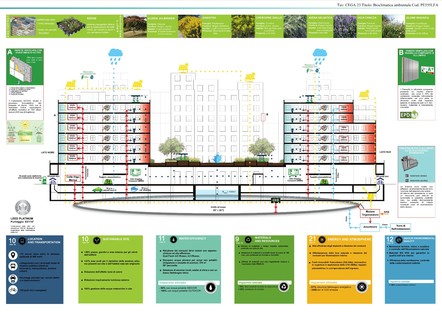