In the stupendous natural setting of Iceland's Reykjanes peninsula, the vast expanse of the Blue Lagoon, formed naturally among the Grindavik lava fields in 1976, dominates the local landscape. 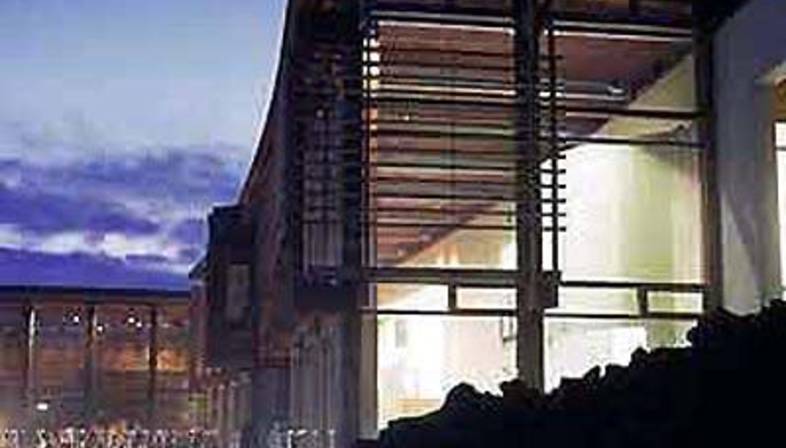 A plate glass window seven metres high separates the building's interior from the expanse of the lagoon, offering panoramic views from the restaurant and bar.
Public and private areas are separated by thin glass dividing walls: light is the element which dominates the entire project, creating the same atmosphere inside as outside the building.
The architects' intent was to transmit the sensations we feel before the spectacle of the aurora borealis in their building, and they have succeeded.

The main walls are shaded by wooden sunshades and rest on a wall carved entirely out of the rock; the separation of the two volumes of the construction is underlined by a luminous white segment.
Facilities contained in the building include dressing rooms, showers, a restaurant, a bar and a number of meeting rooms.
Vannustofa architect Sigridur Sightorsdottir explains that there is no established tradition of architecture in Iceland, as most of the country's architects were predominantly educated abroad: this promotes an ongoing exchange with other countries and an approach incorporating a variety of different methods while preventing the establishment of a real place of dialogue among different experiences in architecture.

In any case, the architect working in Iceland is continually challenged by dominant element, nature, which offers ever-new, stimulating challenges.
The Blue Lagoon project is merely the first stage in construction of a large resort complex which masterfully fits modern construction technologies into the spectacular landscape. 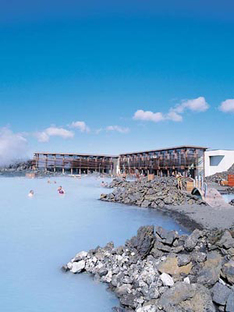 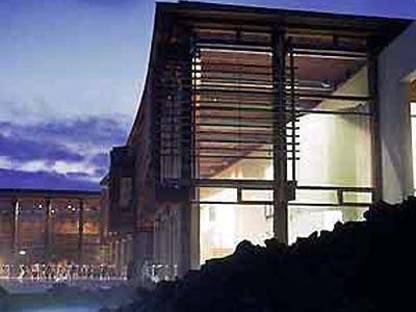 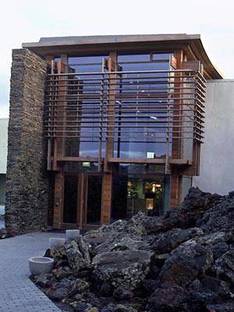 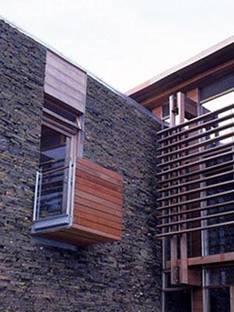 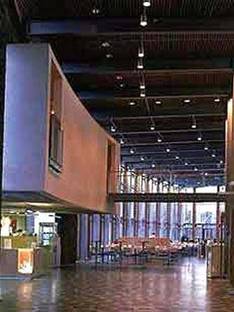 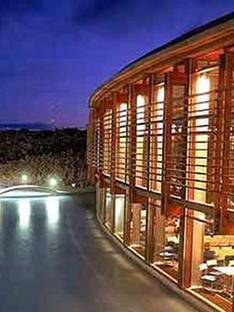