The Touch of Evil project aims to redeem a tunnel from its utilitarian function of merely linking two different locations: a bright abstract motif climbs up the wall like a stain taking over the cement, reclaiming it and declaring the tunnel's presence. 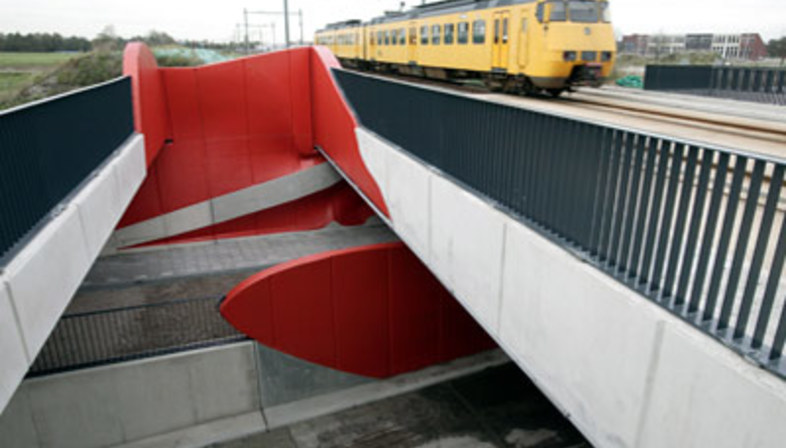 A characterless city road becomes a visual and emotional experience. This project by Maurice Nio of Nio architecten transforms an out-of-the-way and apparently insignificant place into an experience capable of redeeming a desolate, anonymous location, formerly soulless and slovenly: the favourite kind of setting for the work of Rotterdam-based NIO architecten group. In these forgotten places they come up with original, surprising, unusual architectures particularly well-qualified to create a soul and introduce quality to an urban setting.
Touch of Evil illustrates a vibrant possible world in a place that might appear to be entirely without potential. The key to the project lies in Nio's ability to bring to light the energy behind an urban setting humiliated by the presence of structures which are hard to live with - such as the railway that passes above - and redeem them with colour. What Nio calls a "technical space" - a bit cut out of the city, a characterless fragment - is transformed into a surprising space: colourful, enigmatic, disturbing, unexpected, alienating.
A forgotten, abandoned part of the metropolis, a place of transit, an undefined territory, a place of rejection and refusal pulsates with energy and inspires the imagination of people passing through it. Nio's architecture cunningly insinuates itself into a gap in the land mortified by the demands and priorities of metropolitan life, slithering in like a snake; and in fact the exhibition of Maurice Nio's works that has been travelling Europe since 2005 is called SNAKE SPACE.
The project has some things in common with the world of film, of which Maurice Nio is particularly conscious. As Matteo Costanzo of 2A+P says: "(...) The name of the project encloses a hidden trace that must be revealed. For Touch of Evil is also the name of a controversial film Orson Welles made in 1958, a crime story with a dark atmosphere linked to a border, a crossing, between the US and Mexico.". 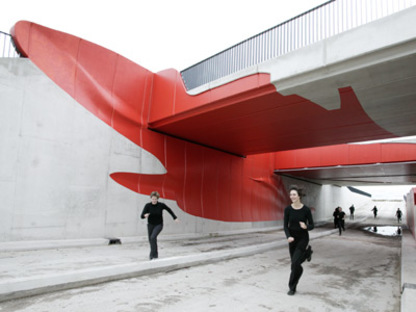 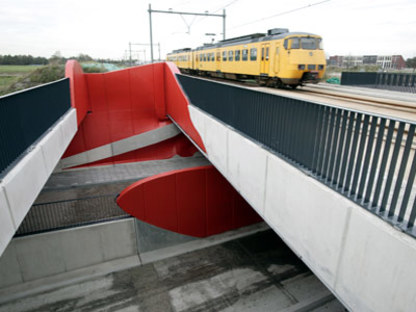 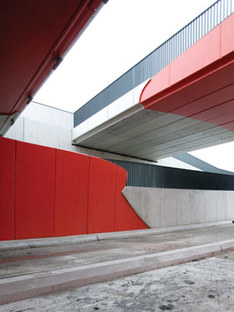 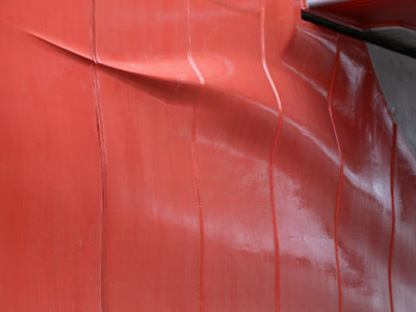