The Torino 2006 Olympic Village project is a successful example of integration and synthesis of work on hugely different scales. It's architecture, but it's also a city, a park, and a landscape. 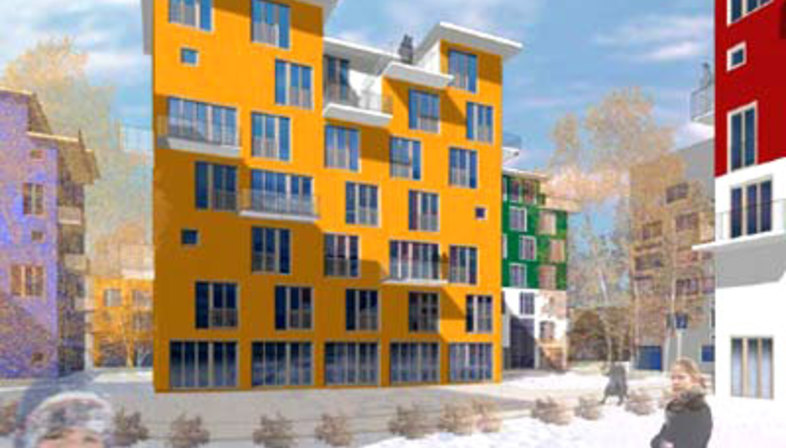 Colour became the symbol of the spirit underlying the project, used to express the spirit of the games and of teamwork. Every building is a different colour, reflecting all the colours of the flags of the countries involved.
Brio, liveliness and semantic energy contrast with the feeling of decay that formerly characterised the area, redeeming it and repopulating it with unusual, original new signs whose heterogeneousness lays the foundations for a new chapter in the city's history.The complex, which will be returned to the people of Torino after the end of the Olympic Games, includes buildings of a variety of different types and sizes (from 45 to 95 square metres) intended to respond to the inhabitants' different needs and encourage formation of a differentiated, alternate society.
On the urban scale, the village fits into and connects with the fabric of the city through reorganisation of its traditional urban fabric: blocks, road fronts, courtyards and plazas form a chequerboard pattern in which public and private spaces alternate on the basis of a dynamic, lively progression full of motion. 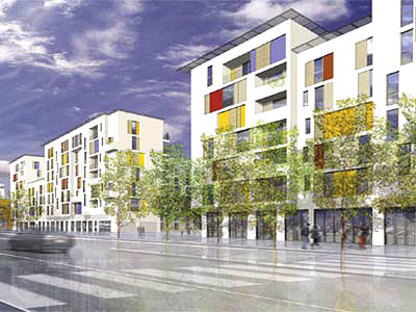 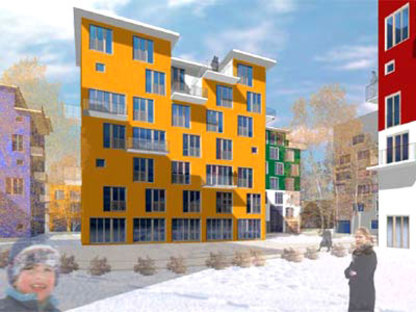 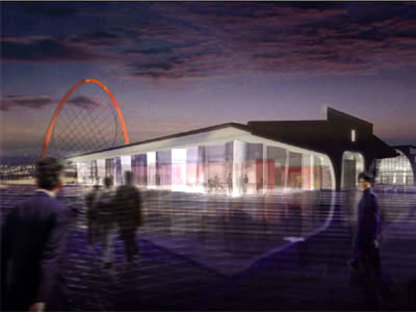 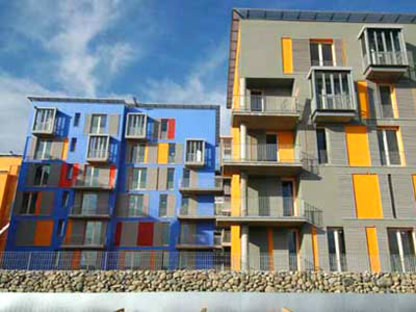 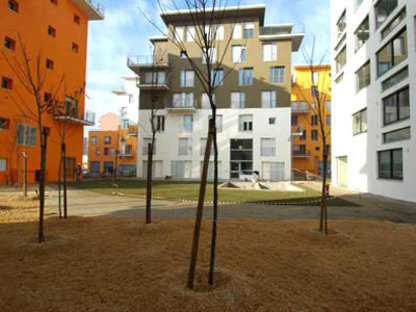 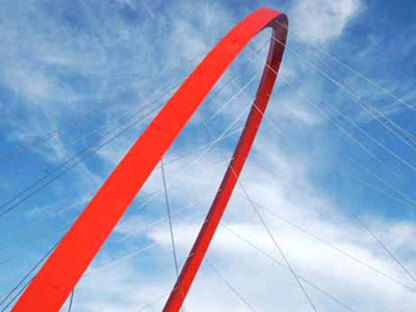