Annett Gigon and Mike Guyer are perhaps best-known world-wide for the rigorous volumes of their museum projects, in which exhibition spaces are considered containers, bare on the inside but embellished on the outside by the architects' personal investigation of the expressive and chromatic potential of their materials. 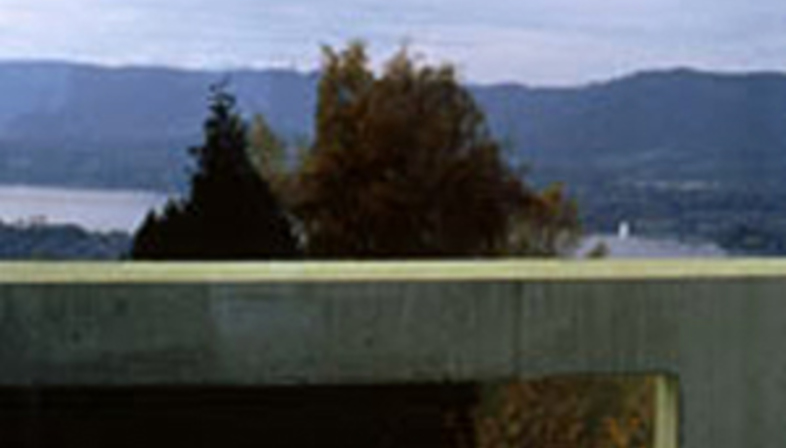 In recent years Gigon and Guyer have also experimented with residential buildings, working on projects which combine the benefits of collective living with the privileges of individual living. The mass of the building is divided up into three volumes, taking into account the context in which it is inserted: Zurich's Zurchberg district is characterised by small residential buildings, mainly single-family dwellings and detached homes. Unlike other buildings in the area, which are quite isolated from their context, the volumes of Gigon-Guyer's buildings dialogue with one another in their proportions and in the way the openings in the buildings respect one another.

The apartments are extremely comfortable, and thanks to the subdivision of the block into three units, they are oriented in all directions and enjoy sunlight and natural ventilation in all rooms, including bathrooms and kitchens. The interiors are organised to make utility rooms "the laundry room, kitchen, bathroom and accessory spaces" in a closed core generating the spatial organisation of a large open space, the living-room area. This area takes its form and dimensions from the orientation of the four cardinal points, and can easily be divided as required into the four rooms which are used the most in the house "living room, study, and bedrooms" with a series of sliding doors.

Ample windows of various sizes offer views over Lake Zurich and the surrounding countryside. The orientation of apartments on all four sides of each building is legible through different treatment of the façades, and in particular the loggias: wide open on the northern side, they are closed up on the southern, eastern and western sides to create outdoor extensions onto the adjacent rooms. The building's load-bearing structure consists of the core formed by the utility rooms, which also generate the home's living area. The building is vertically enclosed by a sort of double wall; windows are cut into the inside wall, while the outside wall is characterised by the cantilevered structure of the loggias and perforated balustrades of the attic floor.

In this housing complex Gigon and Guyer intended to differentiate the buildings chromatically while exalting their compositional affinity. For the choice of colour scheme they turned to a master from the world of the figurative arts: Adrian Schiess. The partnership had already been proven successful in the Davos Sport Centre, where colour plays a vital role in qualification of both the building's outer skin and its interior spaces. In Zurich, one building is entirely coloured bright yellow, while another is greenish grey with pink inside the loggia and one is apricot-coloured with an additional façade painted blue.

The element unifying the three buildings in the complex is the colouring technique: mineral pigments are applied to the cement of the building thanks to sodium silicate, which gives it a matt colour with a powdery look and creates reflections which vary depending on the angle of the sun's rays. The unusual combination of colours, the particular material quality of the buildings' walls and the openings of the loggias add sensual value to an architecture which is in itself austere and revive the concept of collective housing for the upper middle class. 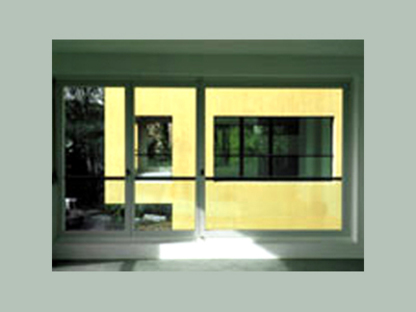 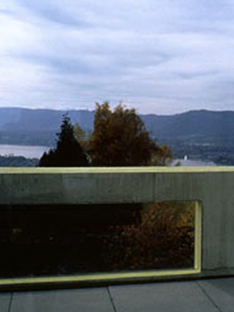