The Perimeter Institute for Theoretical Physics by Silver Lake in Waterloo Park is one of the world's most important quantum physics research centres. 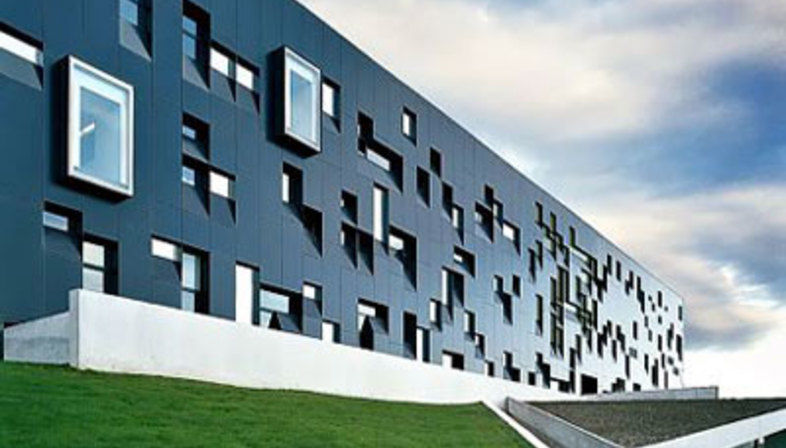 The institute was established in 2000, and four years later it decided to construct a new building, appointing the architectural practice of Gilles Saucier and Andre Perrotte.
The architects worked in close collaboration with the physicists, who wanted a building with a convivial atmosphere and plenty of natural daylight. They also asked for a balanced relationship between public and private spaces, including both casual seating areas for reflection and discussion and conference and meeting rooms.
The centre was also to be a true landmark in the district, a quality element in its urban setting.Saucier + Perrotte's response was a truly innovative project which responds scrupulously to its users' needs. The building is a sort of macrocosm packed with information and forms waiting to be discovered, inspired by the complexity of theoretical physics.
The exterior has two main façades designed on the basis of very different formal solutions. The façade overlooking the pool is made entirely out of glass, consisting of a stack of offset container-like objects (the researchers' rooms) reminiscent of the compositional heritage and technique of Dutch architecture. The other façade is more closed, introverted, and contracted in character: a series of slate panels alternating with a mosaic of windows of different sizes. The effect is that of a leathery skin which nonetheless maintains a relationship with the exterior.
The outside of the research centre reveals this dialectic relationship between opening and closing, between transparent and opaque materials, between lightness and complexity. The common denominator in this dialogue is interaction with the light and atmosphere of the park, expressed in different geometries and materials.
The structure includes two wings of offices, including 44 researchers' offices and 15 administrative offices. Three ramps connect the building's three levels, culminating in meeting areas with views of the park and the hall of the building. Two levels contain a library, seminar rooms, auditoriums and dining areas.
The Perimeter Institute for Theoretical Physics was recently awarded the Governor General's Medal in Architecture 2006 by the Royal Architectural Institute of Canada. 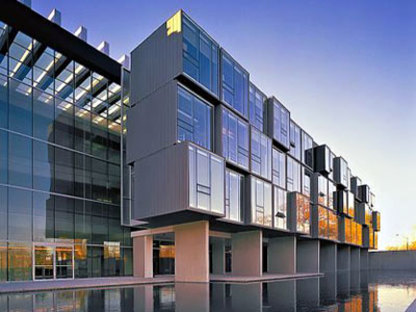 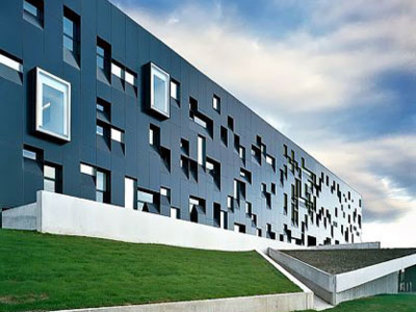 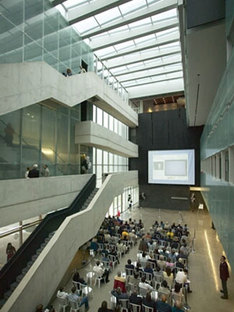 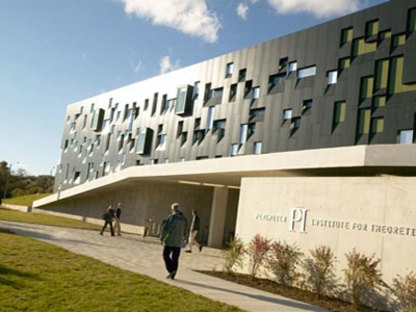