Wales now has its first museum of the country¿s maritime and industrial traditions. It is in Swansea, a seaport where the River Tawe flows into the bay of the same name, in the county of West Glamorgan in southern Wales. 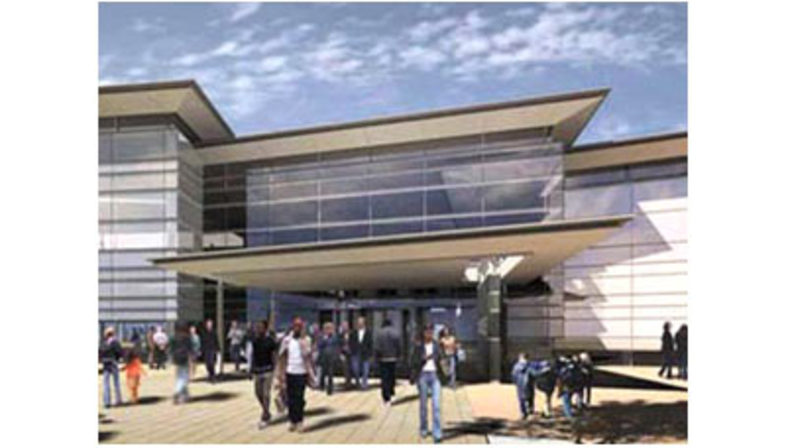 The National Waterfront Museum Swansea ? opened in the fall of 2005 - is a Wilkinson Eyre Architects project included in city council?s wider-ranging programme for regeneration of the city?s Maritime Quarter.
Swansea played a very important role in the industrial revolution in Wales, both as a port and as a centre of industry. This is the inspiration behind the key concept of the project: the museum not only contains objects and manufactures dating back to the industrial revolution ? when the city?s productivity reached its peak ? but tells the story of the place that houses it and alludes to its vocation in its form. The site between the city and the sea was formerly a dock and shipyard with railway line, no longer used.
The line created by the curve of the railways tracks inspires the design of the new museum. With four galleries linked together and arranged in order, the building follows the line of the railway tracks, like a train made up of four wagons.
There are two references here: citation of the work that went on in this area in the eighteenth and nineteenth centuries, and something more, in that the path of the tracks takes us on an imaginary voyage through time ? precisely the intention of the museum route.The museum complex includes a restored building dating from 1901 whose history is also linked with maritime trade, facing the sea. Wilkinson?s ?wagons? are linked with it through a connecting gallery which passes through the park along the axis linking the city with the sea, the present with the past, and contemporary history with the spirit of days gone by. 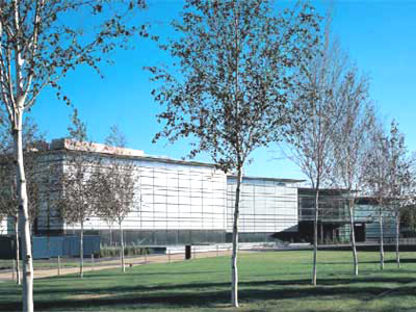 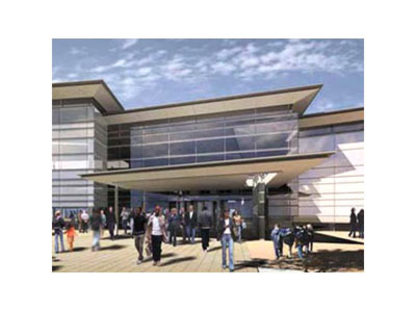 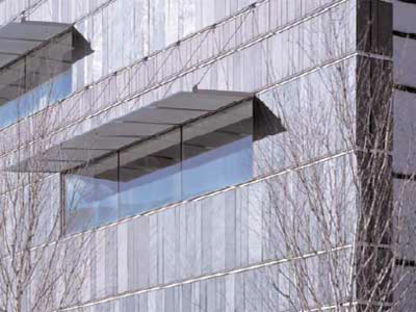 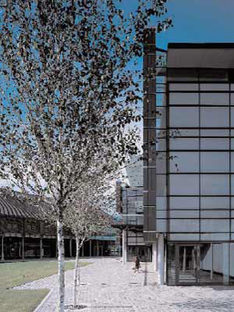