The Möbius House is at Het Gooi, a sparsely built-up area not far from Amsterdam with a series of detached houses surrounded by woods, meadows and heath land. 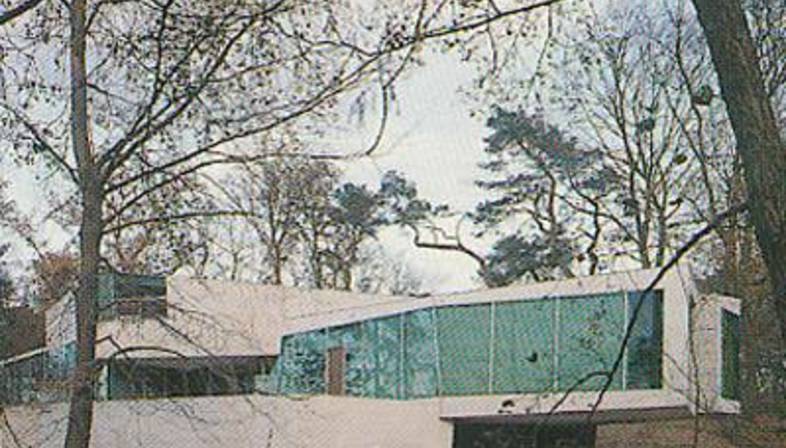 The owners, besides wishing for a large home that would satisfy their everyday requirements, wanted to build a house that would make an innovative contribution to the architectural panorama.

After carefully examining the contemporary architectural scene, they went to UN Studio, and firm of architects set up the architect Ben Van Berkel and the art historian Caroline Boss.

UN Studio, in which UN stands for United Network, has an approach to projects based on the joint work of differing creative forces with the aim not so much of identifying repeatable types of building as creating contingent architecture, which therefore responds to individual problems. Their design method is based on the creation, using the most advanced computer technology, of diagrams visualising the various needs and conditions in question, which then become the underlying theme of each project.

The Möbius House project, besides the normal living space and sleeping quarters for the family composed of four members, included a guest apartment, a two-car garage and two large studios.
Another factor that could not be ignored during the planning stage was the spectacular surrounding scenery: a peninsula between two rivers, encircled by beech trees and with a strip of grass in the middle.

Van Berkel & Boss took this opportunity to study their own thoughts on contemporary living more thoroughly as well as the idea of movement as a structural principle.
The conceptual reference for development of the project was the Möbius strip, a diagram made up of two continuous lines that intersect to form a double spiral similar to an elongated eight.

Speaking of the process that led him to choose this reference diagram, Van Berkel says: "The idea for the design of the Möbius house started with a diagram of two interlocking lines, which complemented our theory about the two users of the house; the husband and wife, who are going to work and live in this house. Within the 24-hour cycle of working and living they will want to be together at some times, but at other times not. The two lines from the diagram could be related to the two people living in the house. This diagram, which, due to its abstraction is open to different interpretations, in turn initiated the idea of working with two materials, of using the notion of time in relation to the distribution of the program."

According to the dynamics represented by the Möbius strip, the house has therefore been organised around a continuous route which, like a ribbon, runs through three levels with the basement used entirely as a guest apartment.

On the ground floor, a full-height atrium marks the beginning of the route, accessed by means of an entrance hidden under the protruding eastern point of the building, or through the garage, which may be considered to all effects the main entrance to the house, both because it is positioned at the centre and because the house may be reached only by car. 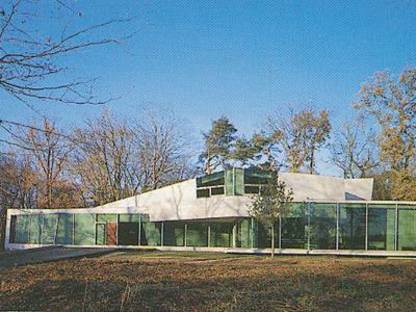 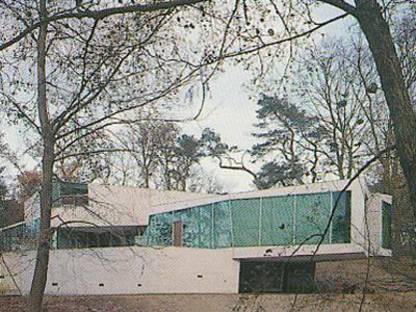 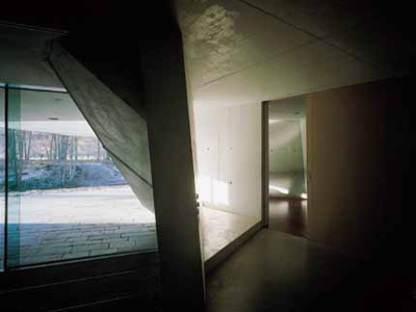 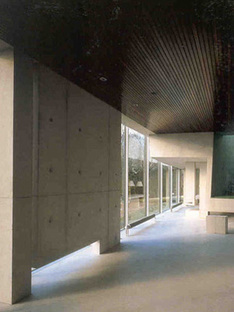 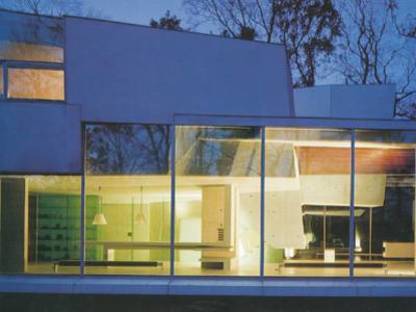 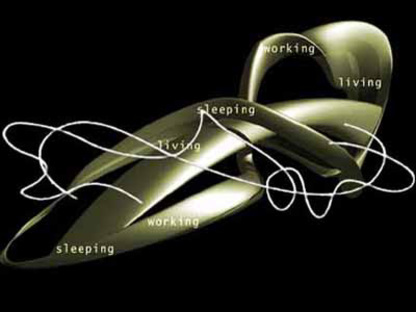