The Library in Alexandria, Egypt

The new Alexandria Library finally opened its doors on October 1, 2001: the mythological symbol of learning of the ancient world is back in concrete form, as Unesco wanted, to launch its role as a lighthouse of learning for the world in the heart of the Mediterranean (on the corniche near the University) 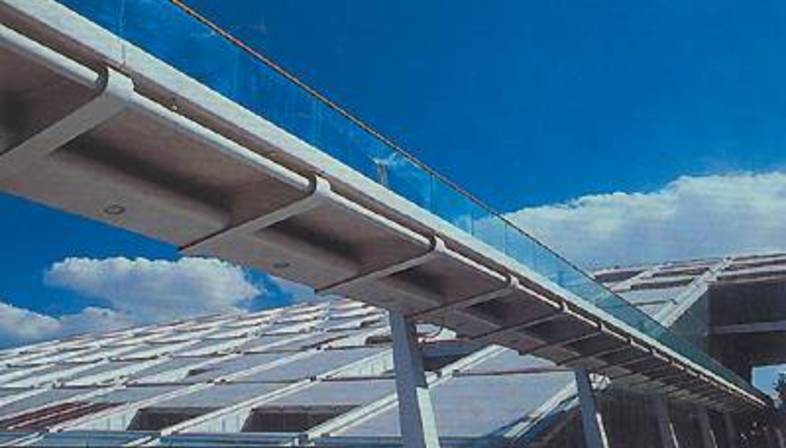 The immense complex constructed with major financing from the international community re-launches the image of Alexandria as it was in the dreams of Alexander and Ptolemy: a cultural crossroads which attracted some of the greatest minds of antiquity, including Callimacus, Theocritus, Euclid and Eratosthenes.

The new cradle of universal learning takes the colossal form of a amphitheatre with seven floors, each dedicated to the various groups of disciplines into which learning may be divided: philosophy, psychology, religion, history and geography on the first floor; language and rhetoric on the second; art and architecture on the third; the new media, journalism, statistics, economics, commerce and communications on the fourth; the social sciences on the fifth, the natural sciences and mathematics on the sixth, and the new technologies on the top floor.

The top floor is also the location of the immense reading room, the biggest in the world with 3,500 seats, visited by 10,000 people every day.

The futuristic atmosphere was produced by Snohetta-Hamza of Norway, who designed the elegant, cosy furnishings of Scandinavian wood and technical solutions such as the anti-reflection system, the recycling of water for washing the windows and the pool in front of the building to absorb saline evaporation.

The library is connected with a Conference Centre and a Planetarium, whose spherical form emerges out of the flat area, partly underground in the upside-down pyramid that is the Science Museum; the long granite wall around it emphasises the multi-ethnic significance of the whole complex, engraved with letters in stone in all the world's alphabets.

On the roof a complex structure of telematic systems is assembled for administration of an enormous collection of books and documents on a network available for consultation by all thanks to sophisticated multilingual cataloguing and search techniques.

All the library's functions are multi-media thanks to monitors and internet connections on all floors and a hi-tech research structure which receives material from all over the world on microfilm and cd-rom.

In addition to numerous rare collections on ancient and medieval civilisations, the Alexandria Library contains extremely rare treasures of Egyptian and Greco-Byzantine culture and the Virtual Library of the Mediterranean, an attempt to re-launch the image of Egyptian civilisation image worldwide.

The library will be officially opened on April 23 2002; in the meantime, go to http://www.bibalex.gov.eg for a virtual tour of this colossal monument to culture of all times, destined to resume its role as a lighthouse illuminating modern civilisation. 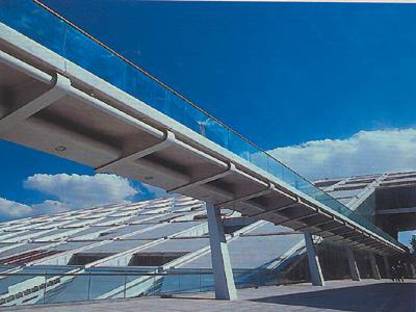 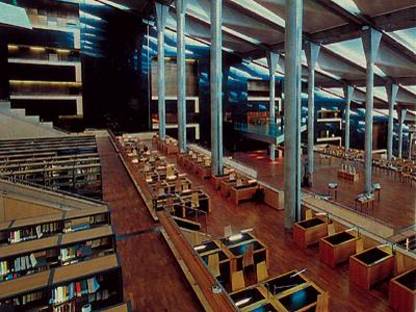 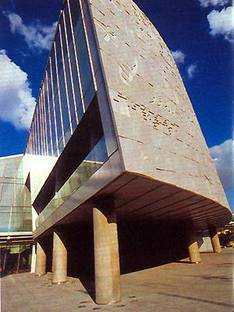 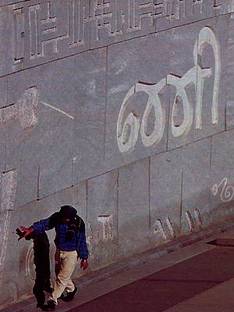 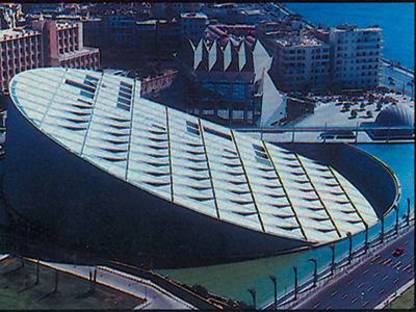