The Italian Pavilion at Expo 2010 Shanghai

Concreteness and dynamism are the keywords describing the Italian Pavilion at Expo 2010 Shanghai. The design produced by a team under the direction of Giampaolo Imbrighi reveals solid compositional choices and assignment of priority to environmental sustainability, and reflects a spirit of change and flexibility with innovative use of clear cement.

GranitiFiandre is a partner of the General Commission of the Italian Government for Expo 2010. 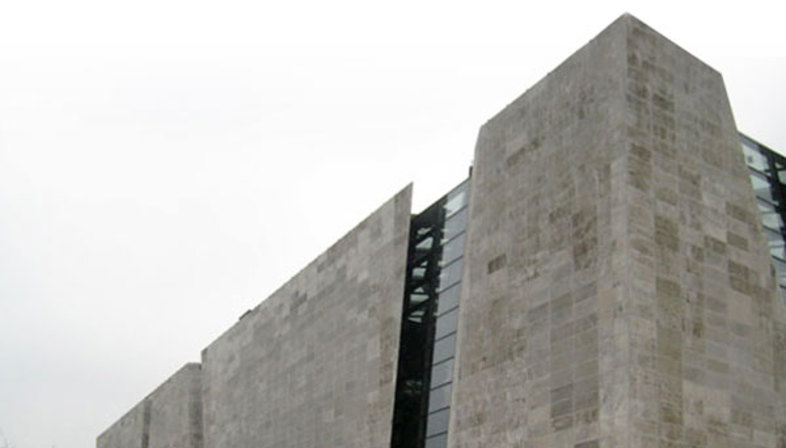 Architecture has a great impact on a place, and therefore has duties to the people who live in it and visit it. A country’s exhibition pavilion is the prince of symbolic constructions: its goal is to convey the fundamental values behind the country’s national spirit, its image must strike the eyes and be impressed on the memory, and it must be designed to receive millions of visitors.
70 million visitors are expected at the newly opened Expo 2010 Shanghai, and the Italian Pavilion will fulfil its mission by bringing together prominent names in Italian enterprise (from Permasteelisa to Italcementi, from GranitiFiandre to Prada, from Triennale di Milano to Ferrari) and making the most of the potential of each in an architectural container that may be altered to suit the needs of the exhibition space and the users.
The team of architects that won the competition announced in 2008 investigated the relationship between structure and coverings and decided to use a new kind of cement which, unlike traditional completely opaque cement, offers a high degree of permeability to light so that it can establish visual communication between the outside and the inside of the building’s wrapper even while maintaining a highly symbolic monolithic appearance. Attempted and perfected by Italcementi specifically for the Shanghai project under the trade name i.light®, this cement adds plastic resins to the mix which orient its structure so as to create an effect of transparency considered superior to that obtainable so far with optic fibres, even while significantly cutting costs.

The figures announced for the pavilion are 3,774 panels, made out of 189 tons of cement to cover a 1,887 square metre surface area, completed by continuous façades of glass. The building, with its compact appearance created by use of cement, is divided into separate blocks on the basis of a layout inspired by the game of pick-up sticks, known as Shanghai in Italian, but also by the layout of a city, with its small communities, laneways and squares, alluding to the importance of the issue of town planning today - in Italy as in China. Concepts such as openness and transparency which subtend the compositional choices in the project permit direct communication when the cement is lit up at night, projecting images of the dynamics inside it onto the city. The choice of indoor flooring is dictated by the criteria of strength and the need to establish a relationship between the surfaces and the base of the Pavilion: the architects chose porcelain stoneware tiles from GranitiFiandre’s catalogue and the company developed an XL 120x60 cm version, a special large tile that creates the same massive, compact effect as the vertical cement panels but on the horizontal axis.
The photovoltaic elements integrated into the glass of the outer cladding screen the sun’s rays, and the cuts between panels not only scan the rhythm of the spaces but help save energy; the flooring material is made of more than 40% recycled materials, for the theme of Expo 2010 is Better City, Better Life, and the Italian Pavilion demonstrates that numerous Italian businesses are implementing a policy of greater responsibility towards the environment and that architecture can be an application and a symbol of this.
by Mara Corradi 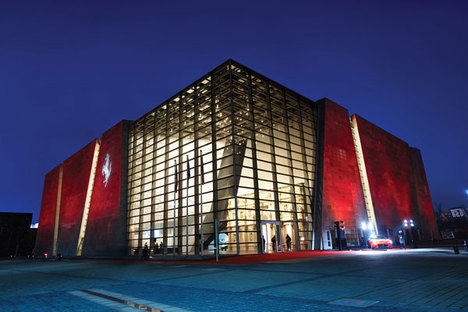 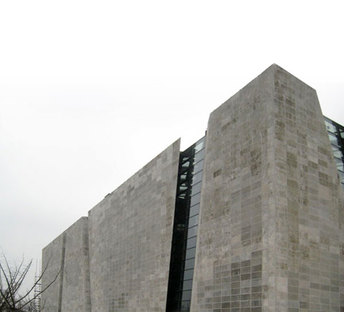 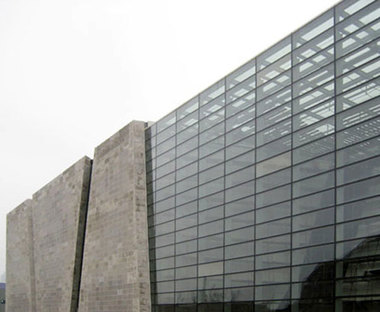 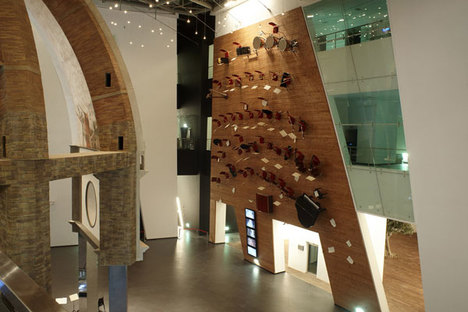 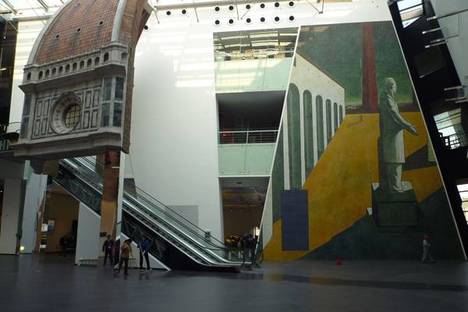 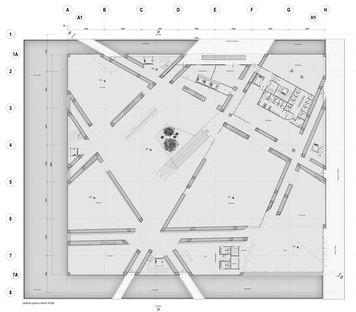 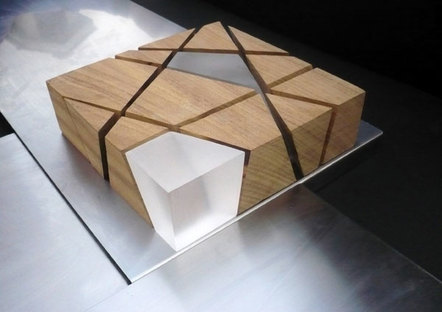 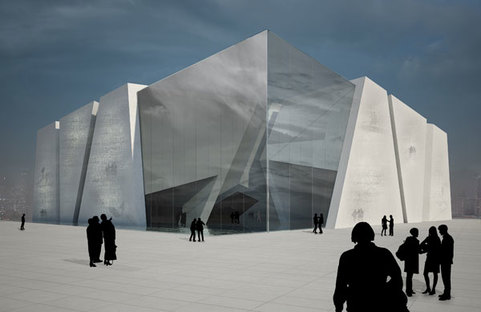 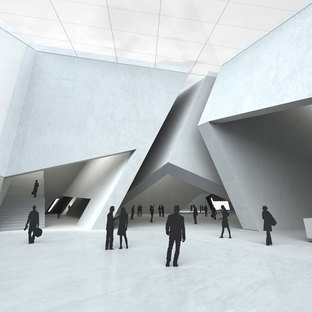 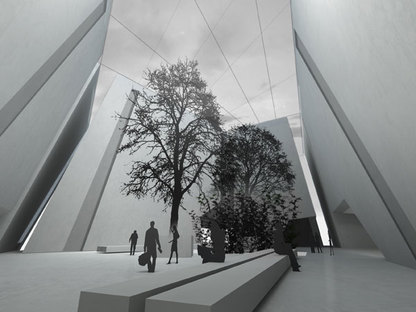 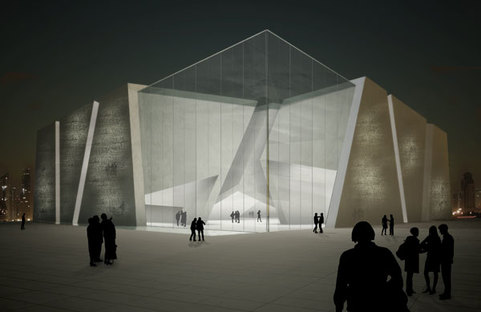