A new light is shining in Seoul. The light is formed and given off by a charismatic, effervescent, colourful building: the Galleria Department Store recently renovated by UN Studio in the Apgujeong-dong fashion district. 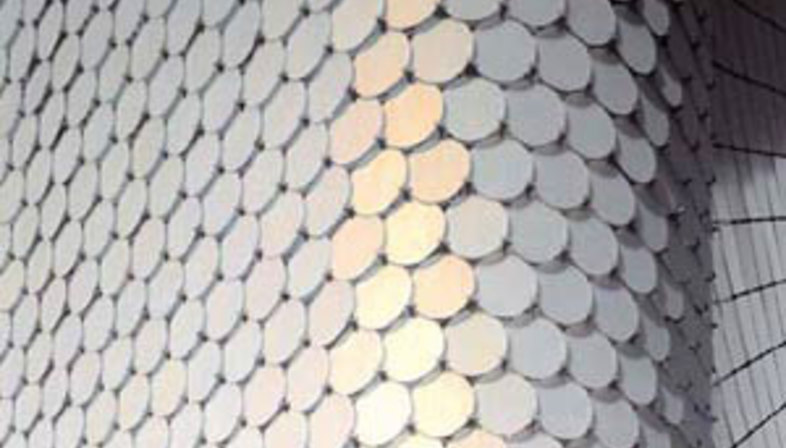 By night, a special lighting system designed by UN Studio and ArupLighting makes the discs sensitive to the dynamics of atmospheric conditions, so that they change colour on the basis of what is going on outside.
And so the facade becomes the vehicle for expression of a vocabulary concerned with exchange and interaction with the urban scene and the people who appear in it, who are involved in an intriguing sensory and emotional experience as if they were in front of a cinema screen.
And it offers something more than the cinema: the onlooker is participant in relative movement, for the building?s pixel screen looks different as the individual moves around it. The passive, stationary viewpoint of the cinema-goer is made mobile and enriched with multiple points of view.
As well as projecting coloured lights, UN Studio?s audacious pixel screen supports enthralling advertising messages and reveals what is going on inside the building to the outside world.
The project?s vocation for dynamism begins on the outside, with its iridescent facade, and continues on the inside, where the distribution of paths and the design of the lines in the project involve the visitor in a seductive dance with a variety of perspectives.
The theory of lightweight, colourful walkways links various different parts of the store and introduces visitors to the experience of walking through it, creating a lively atmosphere full of motion aimed at discovering places, objects, lights and sounds. 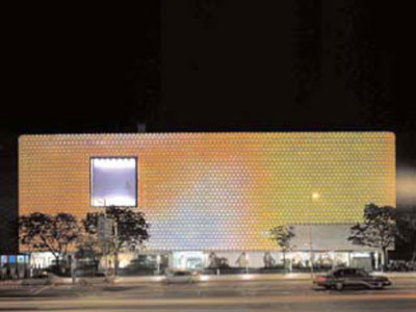 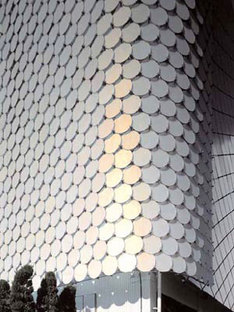 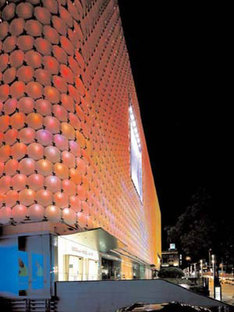 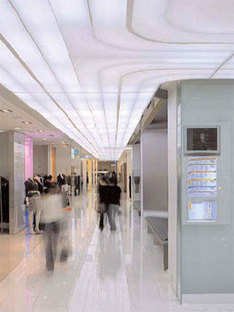 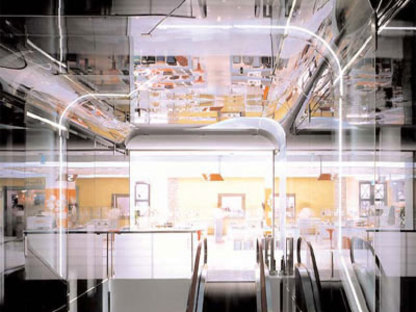