A precarious balance, an unexpected movement, a design that takes nothing for granted: The Box is an "overconstruction" built on the roof of an existing building. 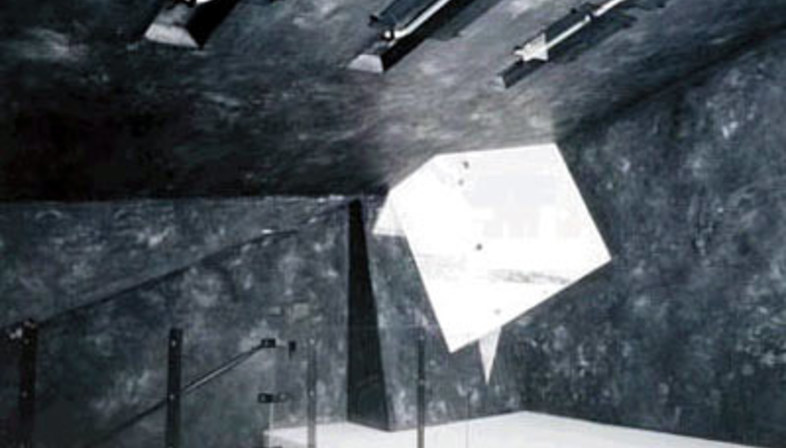 The idea was initially to construct a private hall for a restaurant, also to be used as a meeting room, but then the clients changed their mind in view of the industries and offices that were moving into that part of the city.And so an existing industrial building became a base on which to build new offices, after renovation and conversion. The result is an evocative office space, a sort of refuge which is now used as a conference hall.
The project therefore centres on the study and investigation of superimposition of the new over the old. The intention is clearly that of revealing the break, the separation and the juxtaposition of the two buildings, each of which has a completely different, separate, "other" nature.The simple, regular linearity of the structure below contrasts with the definite but "unstable" geometry of The Box. It was inevitable that it should become an icon, an easily identifiable, recognisable landmark.
Visitors enter the renovated building through a hall which is almost cylindrical, cutting through the roof of the old building. Behind it, an outdoor stairway takes them to a panoramic spot: a terrace suspended on the cylinder, enriched by structural elements left in view. Lastly, the true heart of The Box is on the third floor: the glassed-in conference room, with its lovely views over the city. The dynamism of forms and the variety of lines making up the design contrast with the simplicity of a single colour: a rather dark grey plaster forms a skin on the ceilings, walls and roof, with no clear distinction between interior and exterior. The choice of materials is also limited: cement, steel and glass. Despite its sharp, squared-off forms, The Box was created out of an imaginary sphere, as revealed by the shape of the new structure?s steel supports and the arched profiles of the beams.
This was done to emphasise the new building?s unstable appearance, as if poised on top of a hypothetical sphere.
In this project the style of Eric Owen Moss, one of the biggest names in North American contemporary architecture, is clearly visible, featuring his typical bold choices and above all his ongoing experimentation with form, geometry and space. 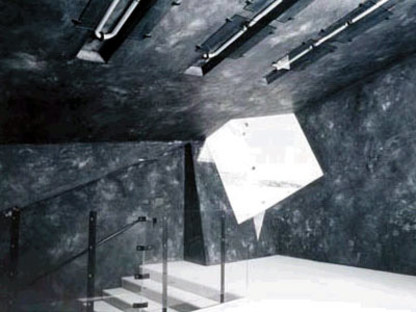 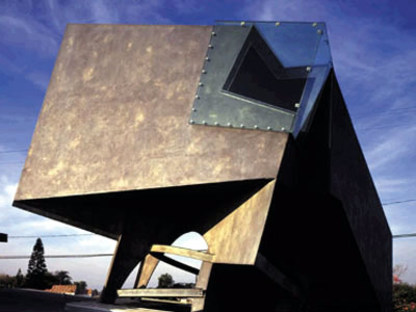