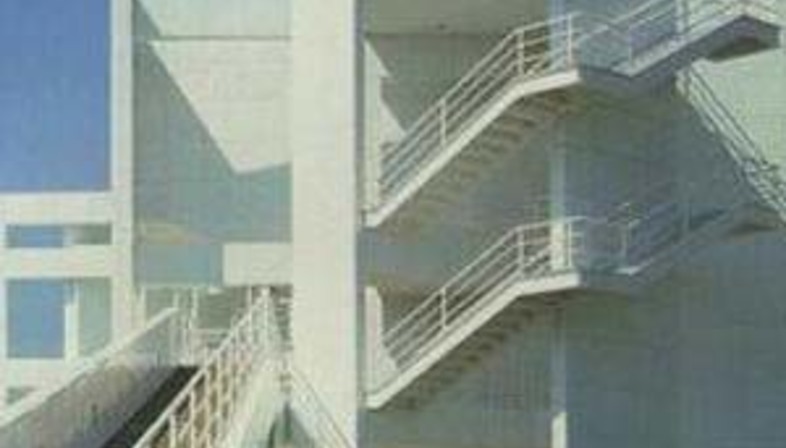 The Atheneum is one of Richard Meier's best-known projects, built in 1979.
The building, located on the outskirts of the town of New Harmony, Indiana, near the Wabash River, is an orientation centre for visitors to the historic settlement which is also frequently used to host cultural events.
New Harmony, founded in 1815, was purchased in 1925 by Robert Owen, who transformed it according to his principles and made it into one of the most famous of American utopian communities.
Owen organised the town on the basis of the philosophy of Charles Fourier, assigning an essential role to architecture in the creation of the community.
Fourier believed in seeking to achieve the architectural conditions most appropriate to the needs of social and individual life and therefore built homes of a kind which would permit the community to grow naturally.

The Atheneum was built on a green plain, artificially raised to prevent flooding by the Wabash, the level of which varied from year to year.
The white volumes of the town stand out against the surrounding green and its raised position makes the building look like a refined creation of design floating on the water of the river.
The project was conceived as part of an architectonic walk introducing the visitor to historic New Harmony. 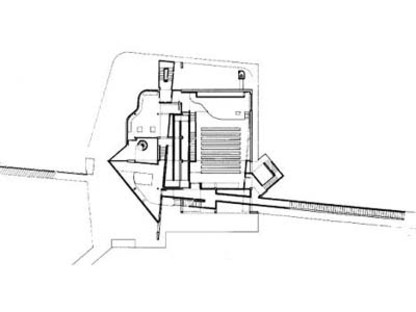 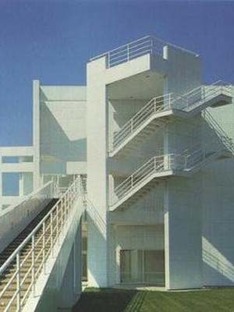 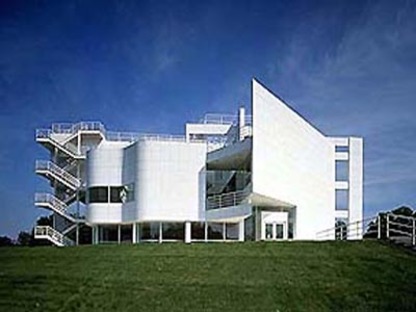 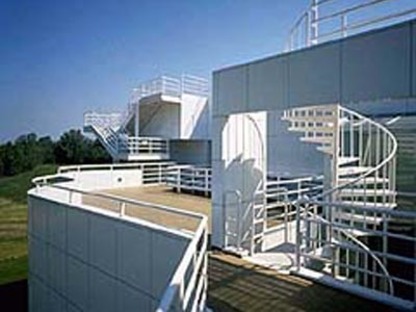