The Architects Series - A Documentary on: WORKac

In the wake of the interest expressed in the first three meetings for architecture fans and professionals, the fourth event in The Architect Series opens at SpazioFMG per l’Architettura on 13 September 2018.
The exhibition format, offering a privileged look at the world’s best-known and most innovative architectural studios, takes a look at New York’s WORKac, founded by Amale Andraos and Dan Wood.
The inaugural evening begins at 18:30 with a screening of The Architects Series - A documentary on WORKac, taking visitors into the renowned studio, explaining its original way of working and exploring its workspaces.
This will be followed at 19:00 by a lecture entitled “We’ll Get There When We Cross That Bridge”, based on the monograph of the same name about WORKac’s best projects, by Dan Wood, guest of honour at the opening evening.

For SpazioFMG per l’Architettura, the Milanese gallery and showroom of the Iris Ceramica and FMG Fabbrica Marmi e Graniti brands, it’s time to open a new event in The Architect Series, an exhibition format permitting discovery of the most important and visionary architectural studios in Italy and the world from an exclusive point of view.
The fourth chapter in the series begins at 18:30 on 13 September in Via Bergognone 27, focusing on New York studio WORKac (WORK Architecture Company), founded in 2003 by Amale Andraos and Dan Wood.
Partners in life and work, they head a team of 20 architects in the Big Apple, in a studio that has grown to become one of the most influential in the field in only twenty years, selected in 2017 by Architect Magazine as the top design firm in the United States and winner of prestigious awards such as the “New York State Firm of The Year” in 2016.
In the last fifteen years, WORKac has developed more than 60 projects involving the disciplines of architecture, urban planning and interior design with a unique style; the studio has worked not only in the United States but in Europe, Africa, Asia and the Middle East, confirming its widelyrecognised and appreciated approach WORKac is the product of a brilliant synergy combining a rigorous modus operandi based on achievement of specific goals with its founders’ illustrious academic careers.
Amale Andraos is the Dean of the Graduate School of Architecture, Planning and Preservation at Columbia University, while Dan Wood has been teaching for some time, recently held the post of Frank Gehry International Visiting Chair in Architectural Design at the University of Toronto and was in the past appointed to the Louis I. Kahn Chair at the School of Architecture at Yale and the Friedman Professorship at UC. The result of this effective contamination permits constant development of studies and theories of design applied to the studio’s work.
The key to the two founders’ philosophy is their commitment to sustainability, extending well beyond the sphere of building technologies to aim for integration of functions combining architecture, landscape design and ecological systems: an innovative way of looking beyond that overcomes all physical, temporal and cultural barriers and aims to establish new relationships among only apparently different worlds.
An ambitious goal that views architecture not only as a merely technical and practical exercise, but as a cross-cutting discipline embracing both technology and culture, giving life to colourful, visionary and highly creative projects based on assessment of the expected results and on cutting-edge ecological systems and infrastructure: key requirements that inspire WORKac’s approach, permitting development of unusual concepts with international players.
The Architect Series - A documentary on: WORKac takes the form of a video exploring all aspects of the studio’s and its founders’ innovative vision, focusing not only on their workspace but on the modus operandi that has allowed them to complete highly conceptual projects for futuristic structures such as a masterplan for construction of 60 new homes in Lebanon.

At the opening, Dan Wood will discuss a number of aspects of his career in a lecture entitled “We’ll Get There When We Cross That Bridge”, title of the book of the same name published in 2017 covering fifteen years in his career and exploring the limitations on and opportunities for collaborative and practical creativity.
www.spaziofmg.com

Please confirm your presence by registering at the following EventBrite link:
https://www.eventbrite.com/e/biglietti-the-architects-series-a-documentary-on-workac-48548686428?aff=floornature 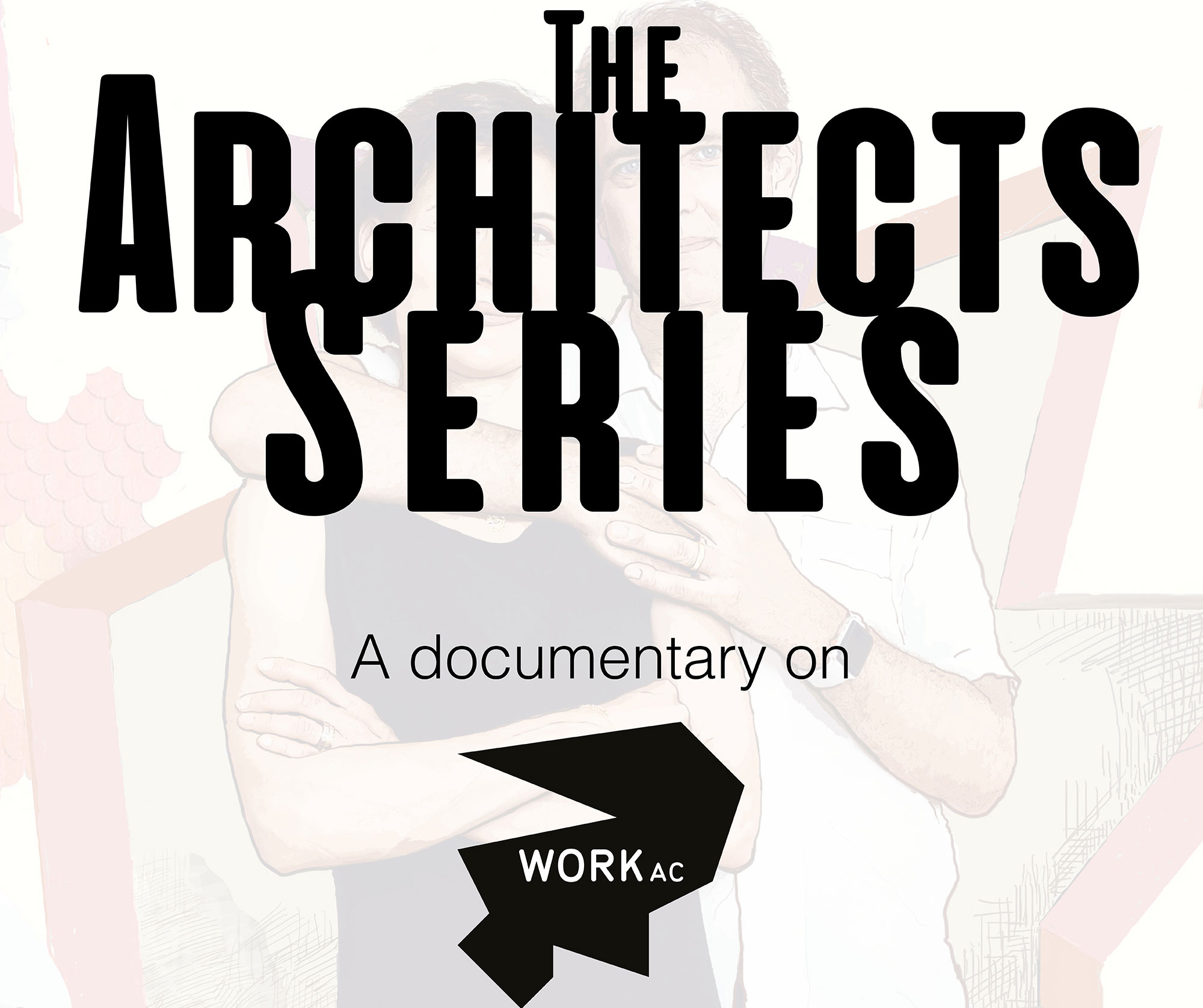 The Architects Series - A documentary on: Behnisch Architekten