Taller Bàsico de Arquitectura built the architectural complex of the San Jorge University Faculty of Medicine in Zaragoza. Three L-shaped volumes form a central plaza, reproducing an urban space outside the context of the city. The construction’s form and materials help to dematerialise it, creating views over the internal and external landscape. 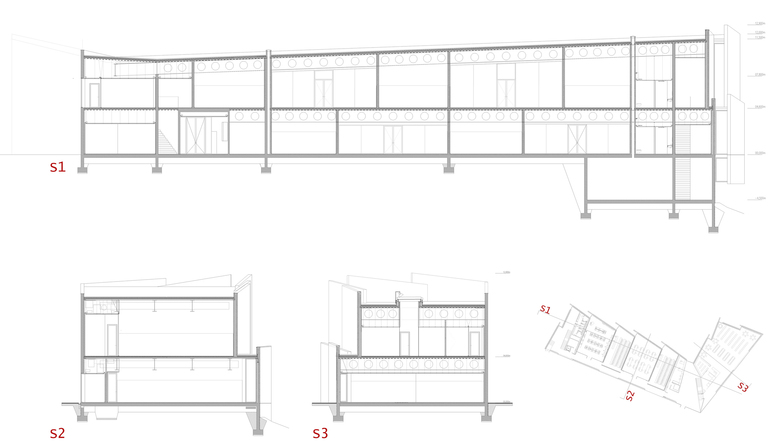 The Spanish architects of Taller Bàsico de Arquitectura designed the faculty of medicine in a new university campus outside the city of Zaragoza. The building is part of San Jorge University, located on the highway leading to the city from Villanueva De Gàllego. The design centres around materials and their form in the overall composition, with the aim of creating a building that celebrates the institution but has a a light material form.

TBA, Taller Bàsico de Arquitectura, arranges the main volumes containing the classrooms and service areas around a plaza that joins them all together. They constitute the “interiors” of the project, as containers for the rooms, as well as its edges, the boundaries on an urban space outside the city proper. Ignoring the temptation to close them in on themselves by forming a sort of self-referencing perimeter of walls, the architects have opened up the building to the world around it, transforming these boundaries into a perimeter permeable to light, to the view and to passage.

In the layout, the three L-shaped blocks form outward-facing concave spaces, new plazas paved and ornamented with street furnishings to encourage people to stop and gather in them.
The volumes surrounding the architectural space are dematerialised by breaking up the concrete structure into flat discontinuous fragments distributed on two levels. The geometry of these slabs is repeated in an irregular rhythm to give the composition great dynamism, doing away with the monolithic image of the whole and multiplying the different views and perspectives. The layout recalls a phytomorphic design in which the leaves are arranged so as to shelter the heart of the plant even while letting air and light through.

In the breaks between the slabs of the walls on both levels are windows which can be darkened to filter the strong daylight as it enters the classrooms. The complex is characterised by light and shadow, in which bare or white painted concrete takes on a multitude of different hues.

The classrooms, laboratories and service areas are arranged around the outside of the volumes, while on the inside they do not directly overlook the plaza, for reasons of privacy, but are linked with the world outside via corridors. These routes, which act as containers for natural light, are directly connected to the big central plaza. The theme of perspective, which the layout illustrates in the pathways traced by the volumes and in the overhanging wall elements, is central in this particularly photogenic building. 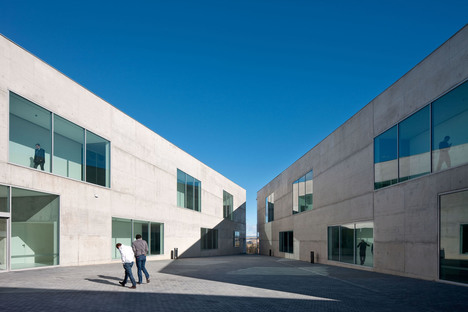 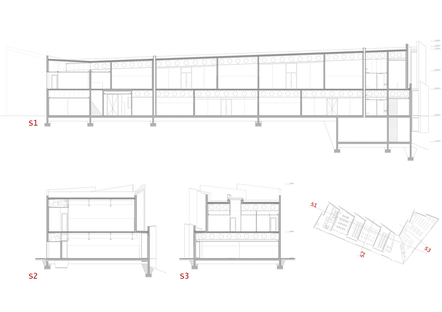 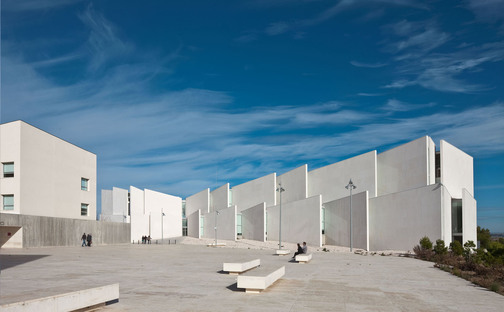 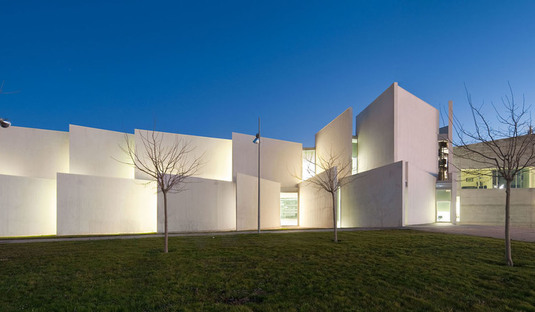 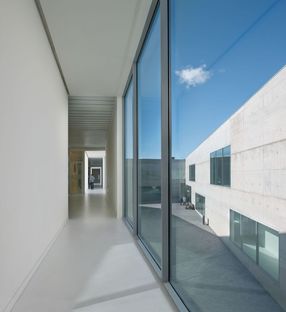 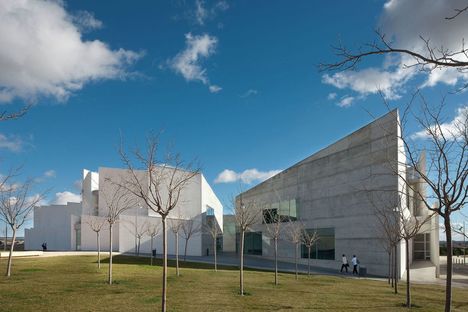 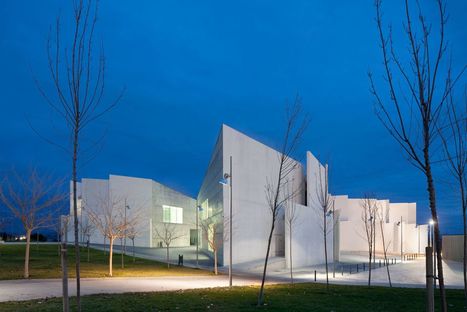 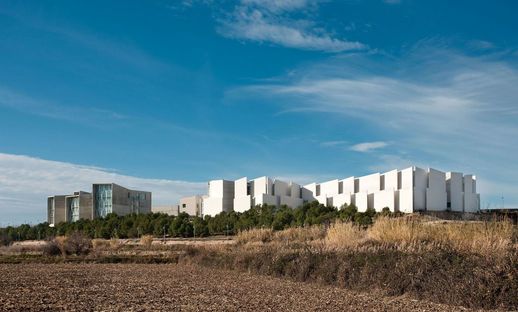 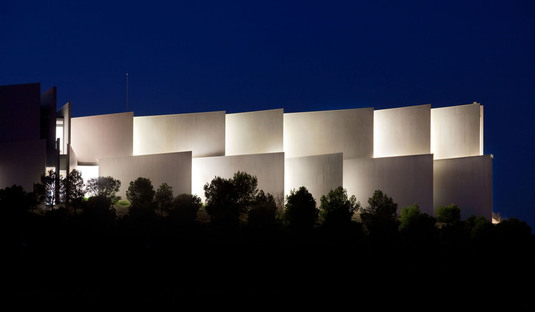 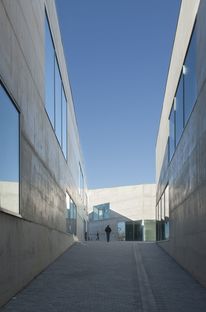 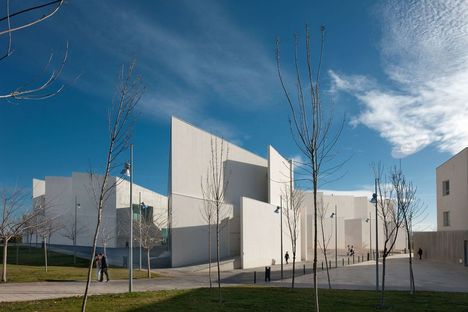 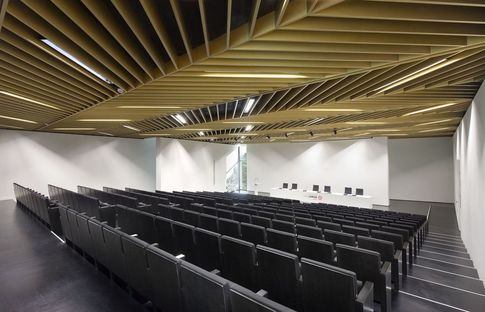 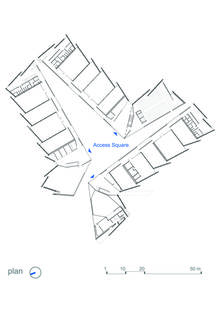 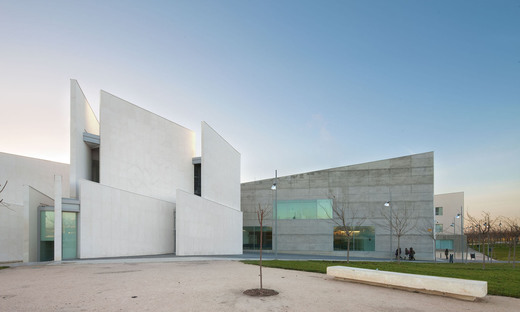 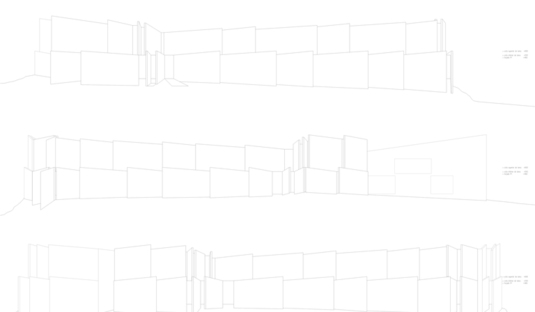 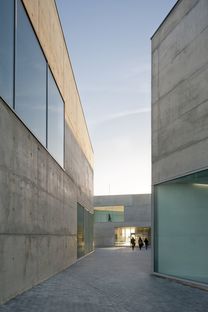 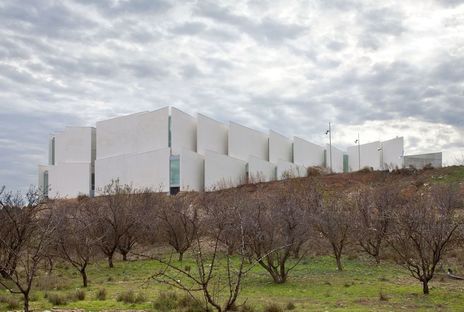 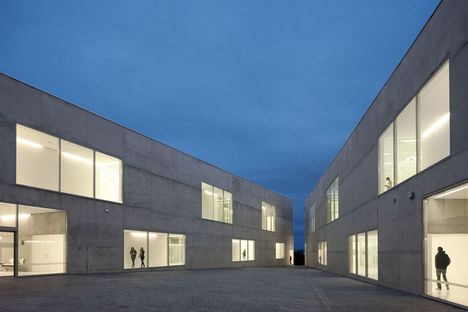