In the heart of the City, at 30 St. Mary Axe, the Swiss Reinsurance Company building is not just a unique landmark on the London skyline but the first skyscraper in the city to be built to ecological criteria. 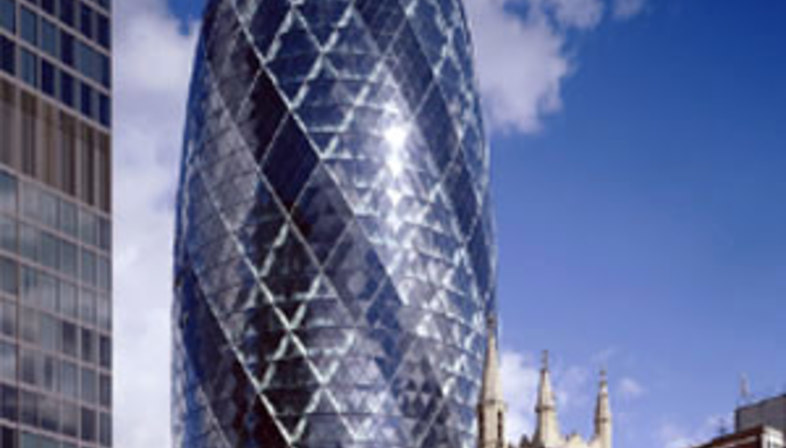 The spectacular 180 metre tall 21st century tower has a round floor plan, and its diameter grows as the building rises upward then thins out again toward the top. This shape maximises the surface area available for letting in natural daylight and improving air circulation to permit natural ventilation inside.
A series of gaps on each level with 6 ducts permits natural ventilation, working the same way as double-glazed windows. The ducts cool down the air in summer, removing hot air from the building, and warm it up in winter. They also let more light in, saving on lighting costs. Systematic control of the indoor microclimate and energy-saving solutions cut the amount of energy normally needed for a building of this size by half.
But let us go over the history of the Swiss Tower, also known as "The Gherkin". The building stands on the former site of the Baltic Exchange, a company concerned with the charter and sale of ships. When an IRA bomb destroyed the building in 1992, restoration was considered, but it turned out to be impossible to restore the old building.

Not until 2000 did the authorities agree to permit construction of a new building. 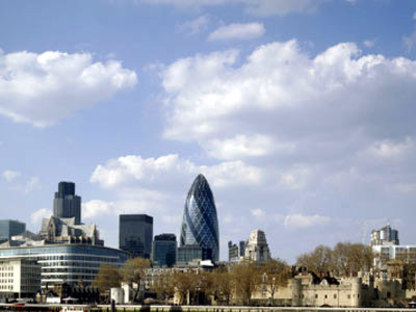 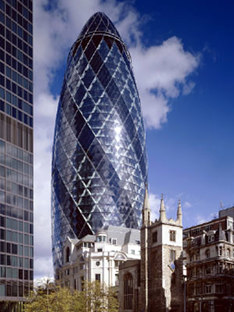 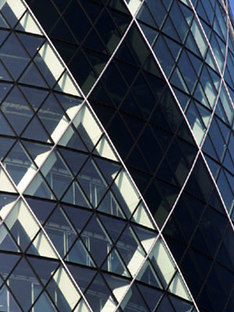 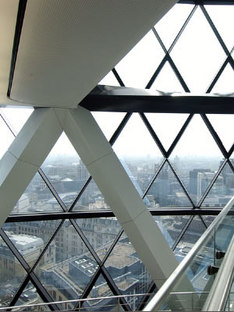 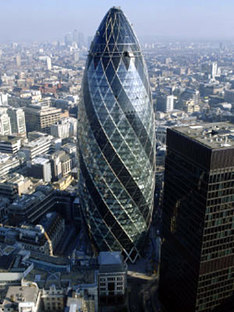