Combining engineering with architecture, creating open multifunctional spaces, using the modern vocabulary of transparency and light: these are the keys to Murphy/Jahn of Chicago's design for Suvarnabhumi International Airport in Bangkok. 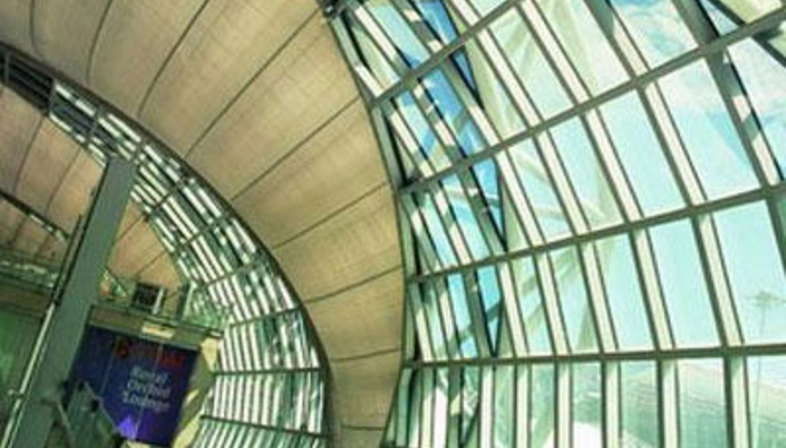 This huge building, a landmark in Thailand's modern capital city, had to be carefully designed to cope with the tropical climate and hot temperatures characteristic of its location. This required the constant interaction between the architectural idiom and engineering characteristic of other Murphy/Jahn projects.
The architects wished to create a complex that would be open to the outside world, creating an effect of light weight, transparency and bright light. This required use of innovative materials and technologies such as a mesh of steel girders, etched glass surfaces and translucent roofing materials. Special measures were taken to soundproof the terminal and limit heat dispersion while allowing light to flow into almost all parts of the building.
Architecturally speaking, the complex takes the form of a series of arches over the boarding gates, consisting of a membrane and glass structure. 102 of the 108 panels are faced on the inside and the outside, with an intermediate layer; the other 6 have only a single layer.Special measures were taken to create a barrier against the heat outside in the inner lining of the panels, made of translucent, metallised fibreglass fabric.
The terminal's construction required more than 200,000 square metres of stratified glass, including 35,000 for the façade on the main terminal alone. The architects wished to create a well-lit space transparent enough to ensure visual continuity with the outside. This solution also permits use of natural light even while ensuring comfortable temperatures in this tropical climate.
Located in the Bang Phli district in Samut Prakan province, 25 km from Bangkok, Suvarnabhumi Airport looks like a huge aerospace capsule but has a traditional name: Suvarnabhumi means "the golden land", a traditional name referring to continental Indochina.
The "Golden Peninsula" or the "Golden Land" traditionally identified the Thailand-Cambodia-Laos-Burma area. Inaugurated after four decades of discussion and construction work, the airport was opened when not entirely completed for political reasons. 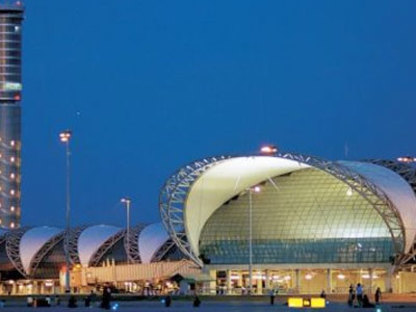 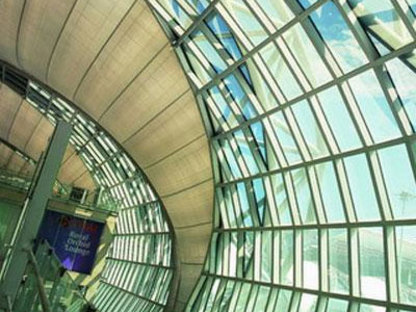 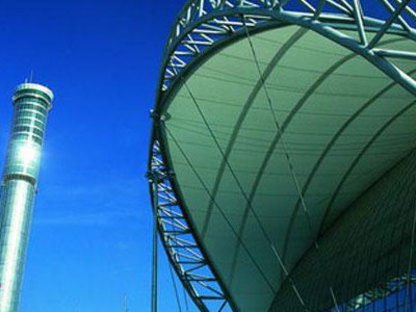 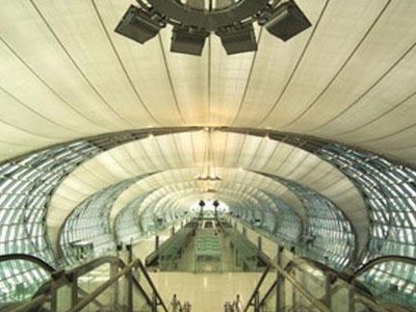