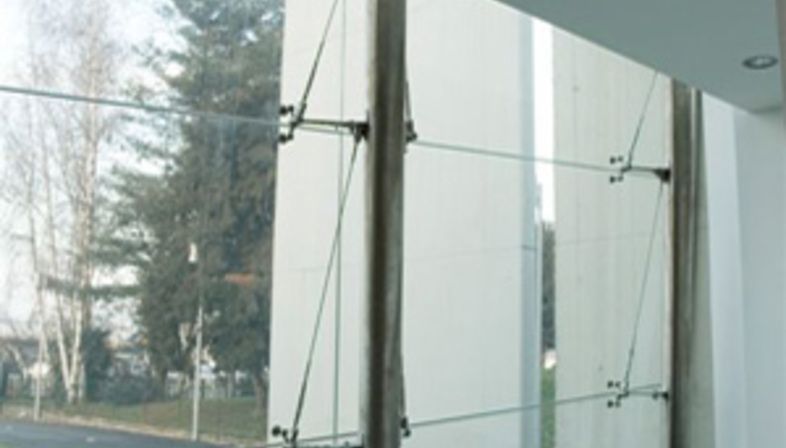 The design is by studio UAU, an emerging architectural group from Turin.
The building's design is inspired by advanced technology and its relationship with the environment. Shiny, seductive new materials are used on the outside of the building, a visiting card introducing the company to approaching customers, starting with the main façade made entirely out of structural glass and steel and designed with different angles in three directions: an optical diaphragm toward the building's entrance, the façade becomes a go-between through which the interior is revealed on the outside, in a non-stop dialectic of visual interference.
The façade's centrifugal force, virtually extending outside the building with its strong dynamism underlined by the projection and inclination in space of the poles in the steel structure, is literally contained by imposing dividing walls of reinforced concrete with exposed finished surfaces which serve two purposes: defining and underlining the building's main façade and creating a link with the exterior.
The desire to capture and catalyse natural light dominates the composition: the interiors are nourished by their relationship with light and with the surrounding landscape.

The building is constructed on two levels. The reception area, entrance hall and a number of adjacent areas are located on the ground floor, which features a light stairway of steel and superclear glass. The offices and meeting rooms on the second level are characterised by a dance of transparency and opacity, of cement and glass, of diaphanous filters and dense masses. Designed to stand out from the forms in its setting, the building refuses to imitate or match its built surroundings, but draws its strength from technology and innovation. 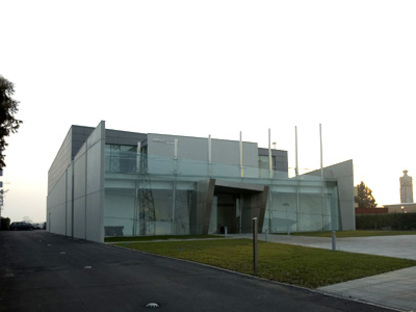 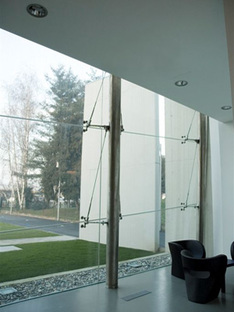 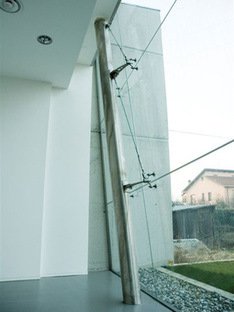 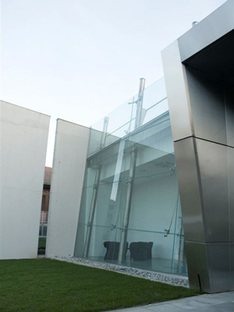 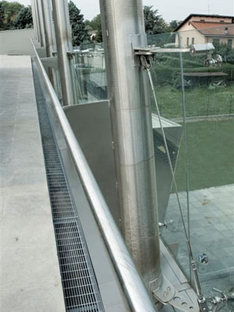