In Catuçaba, up in the high valleys between San Paolo and Rio de Janeiro, stands a house designed by Marcio Kogan’s studio mk27 which fits perfectly with its environment. Leaving behind one of his favourite materials – concrete – Marcio Kogan has designed a house using FSC certified wood. 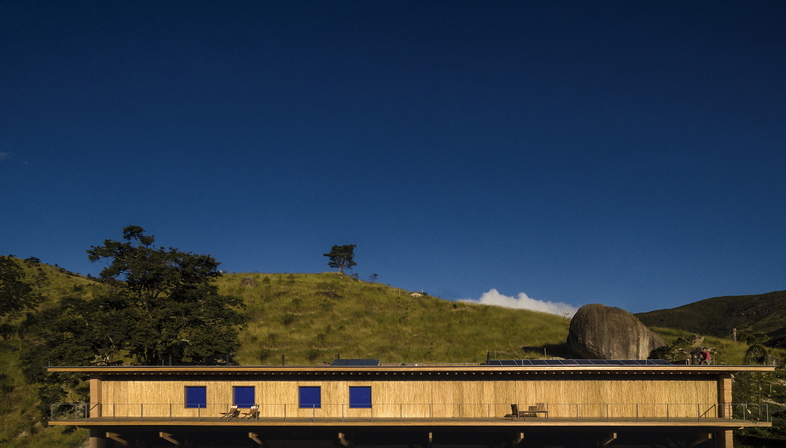 At Casa Catuçaba, nature is not only the inspiration for the aesthetics but also the sole energy source for the entire project. Marcio Kogan was commissioned to design a holiday home 1500 metres above sea level overlooking the endless valleys of Catuçaba, midway on an imaginary line between the country’s two largest cities, San Paolo and Rio de Janeiro.
In Brazil, the impact of the landscape stems primarily from its sheer size: the size of the spaces and the size of the natural features. Any man-made structure always contrasts with the scale of its surroundings.
Marcio Kogan has left behind his large-scale concrete structures – inspired by Brazil’s modernist tradition and often featured in his city projects – and returned to wood for a style of architecture which highlights its peculiarities. Here, wood is no longer a decorative or complementary structural feature, as often seen in his sumptuous private residences: it forms the entire structure itself. It’s found in the pillars and beams thrust into the mountain earth, the spacious projecting terraces on the north and south of the building and the wrap-round eucalyptus panels, half of which are fixed and half sliding so the layout of the house can be adapted.
Marcio Kogan set out to create a lightweight structure with the least possible impact on the land, using a material which makes the architecture appear to emerge from the bowels of the earth. He brought along his poetical vision of horizontal spaces, open rooms which can be separated into smaller areas when needed. Two straight lines, the roof and the floor, mark out a single-storey horizontal space; seen from the front, it seems to challenge the rocky outcrop on top of the mountain. The slender wooden structure can just be seen on the diagonal between the land and the terrace, while the building has minimal impact on the ground.
Two vertical walls and two horizontal planes make up the minimal layout. Inside there are four bedrooms, 2 bathrooms, a kitchen and a living room; placed one next to the other, the rooms seem to create more of a façade than a three-dimensional space, and the eyes are drawn to the exterior throughout. To the south stands the mountain peak, to the north the endless expanse of Catuçaba’s valleys. The design makes use of the natural ventilation between north and south, where the windows and verandas stand all in a row.
In keeping with the idea of low-impact architecture, Marcio Kogan only used FSC (Forest Stewardship Council) certified timber for the project. The wooden walls are isolated with recyclable PET; the windows are double-glazed for heat and sound insulation; the roof is fitted with solar and photovoltaic panels and has a rainwater collector. A nearby wind turbine supplies extra clean energy.
Because it is energy self-sufficient, the house has received the Platinum certificate from Brazil’s Green Building Council, the highest level awarded. The firm says that it is the first ever project in Brazil to gain such a high level of certification. 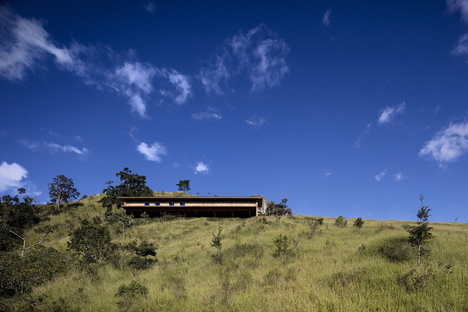 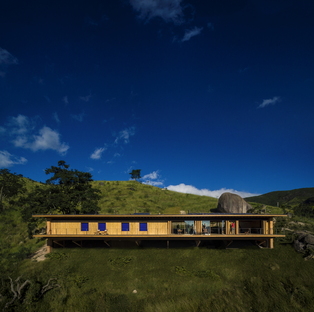 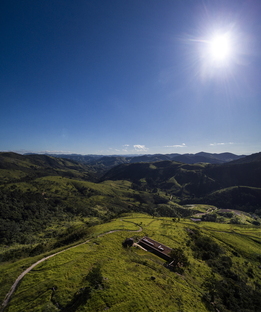 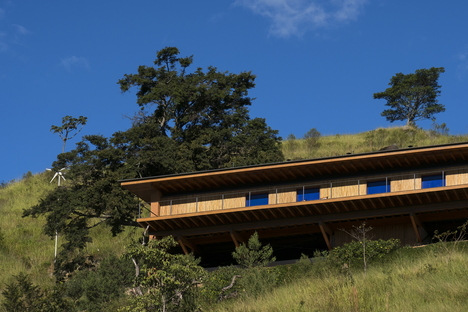 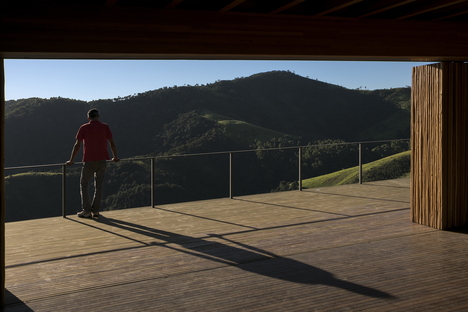 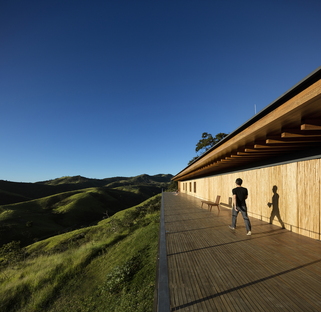 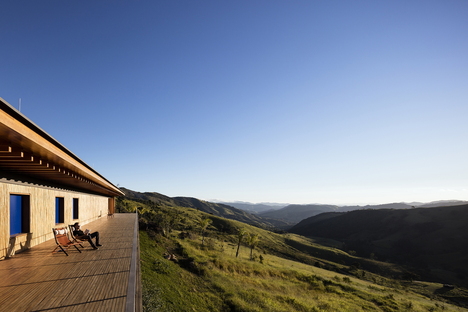 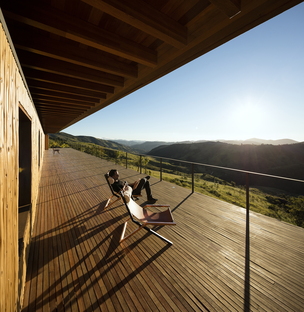 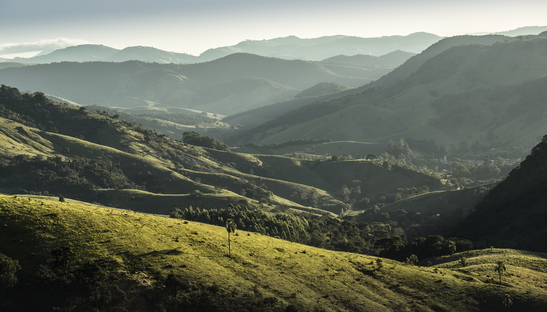 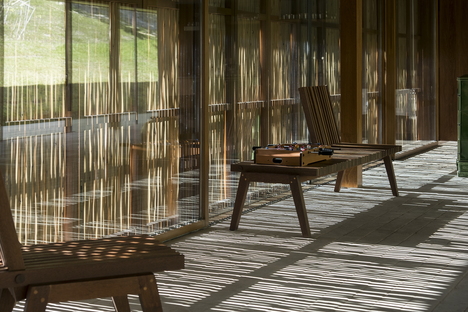 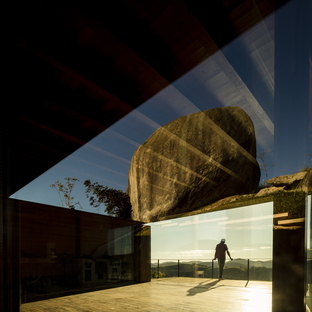 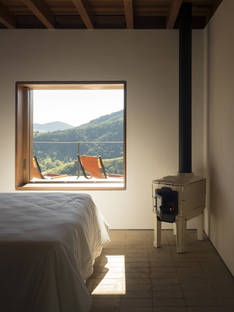 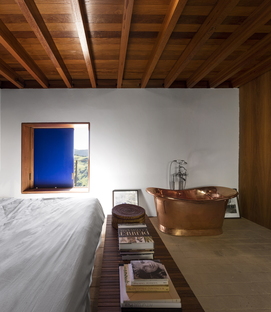 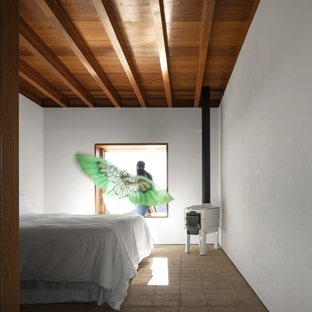 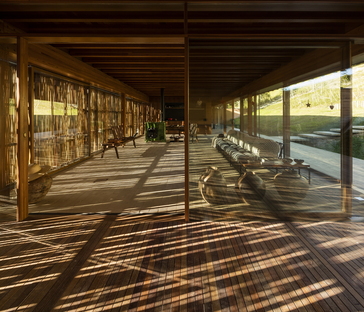 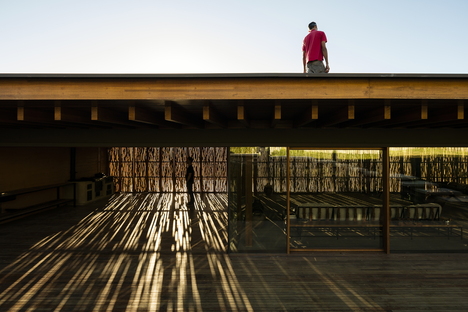 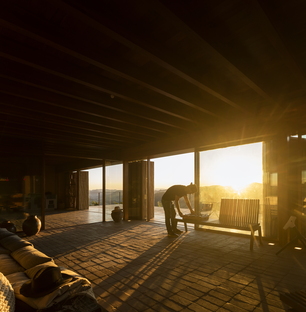 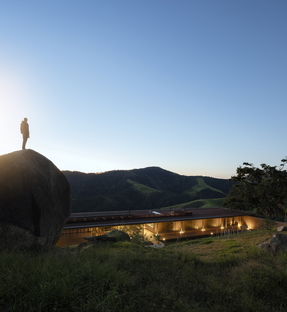 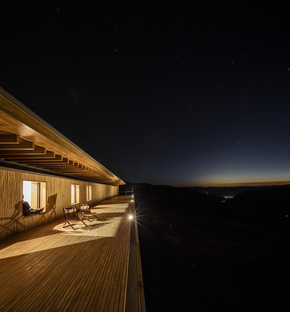 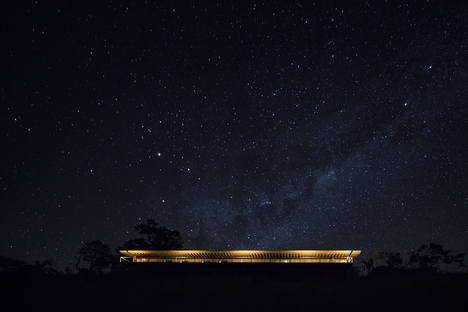 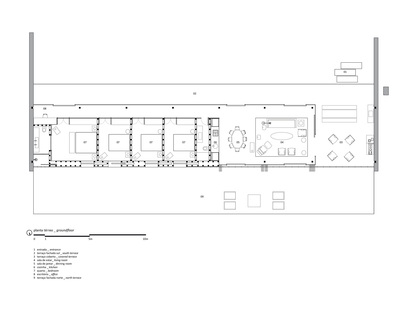 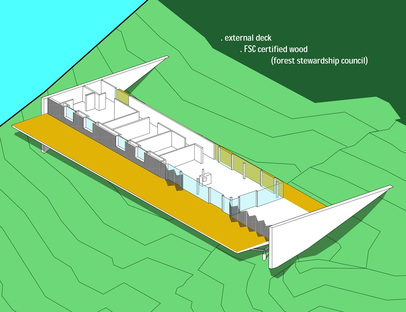 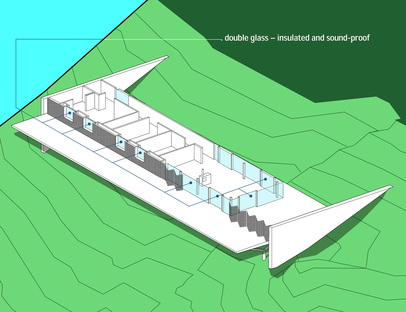 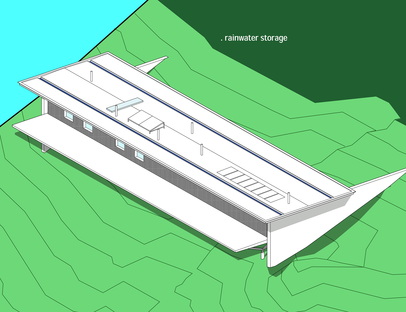