In Croatia's Zlatni Rt Forest Park, also known as the Golden Cape, Studio 3LHD designed an open-air structure with swimming pools and a restaurant following the natural lay of the land. 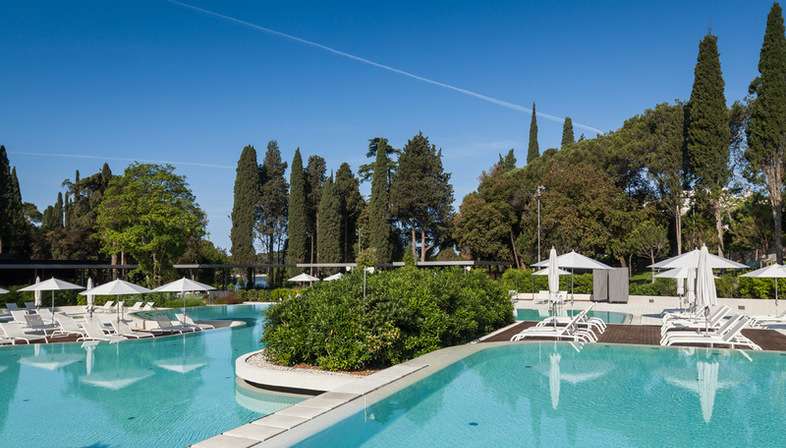 In a naturally sheltered bay on the Golden Cape in Croatia's Zlatni Rt Forest Park, Studio 3LHD recently completed the outdoor facilities (swimming pool and restaurant) of Hotel Lone, which they also designed.

The architects of 3LHD followed the natural lay of the land, organising the three swimming pools and related facilities on a series of patios at different levels.
6 levels 40 cm apart produce a system of interconnected waterfalls in the two big pools.

The difference in height between the levels guarantees panoramic views of the sea from all over. The structure becomes a big stage over the natural scenery, integrated with the recently renovated Oleander Restaurant. The two are mediated by a big wooden pergola which creates shade and connects the built structures with the greenery of the Mediterranean scrub. 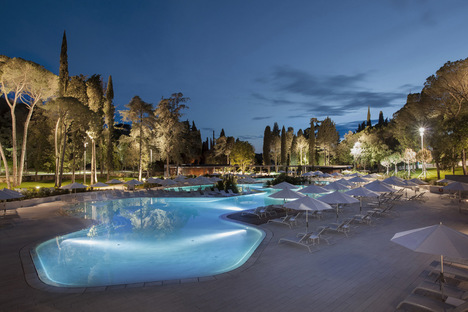 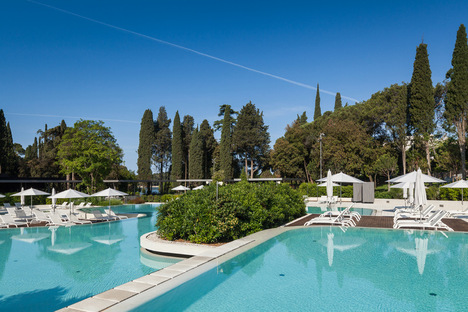 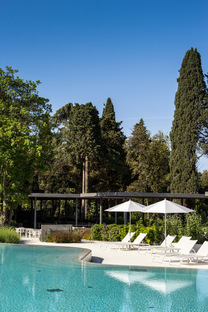 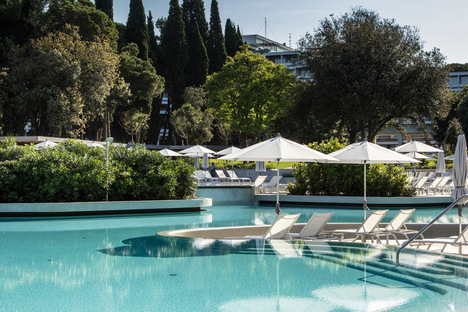 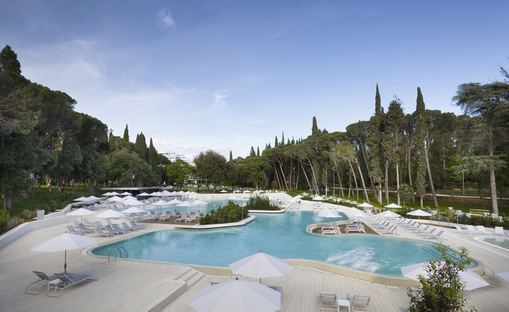 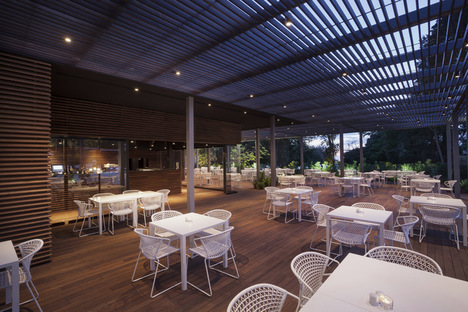 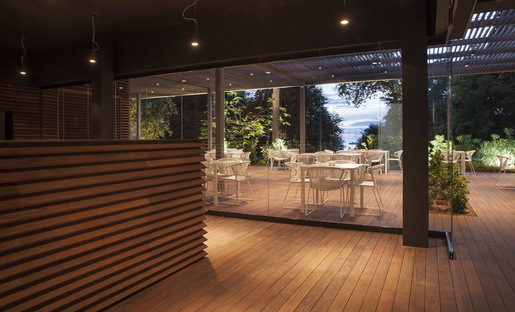 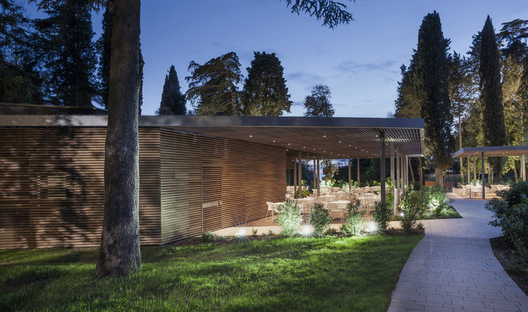 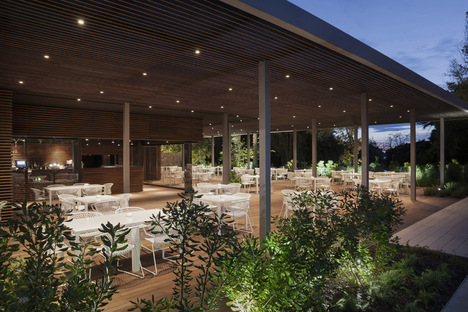