Stryker is one of the largest medical companies in the world, specialising in prosthetics and neurosurgery. With over 33,000 employees and annual turnover in excess of $12 billion, the company is constantly expanding. Its latest office, dedicated to innovation, was designed by Henn Architects in Freiburg, southern Germany. Officially opened last year, its architecture reflects the no-frills functionality that characterises the philosophy and work of the Stryker Corporation. 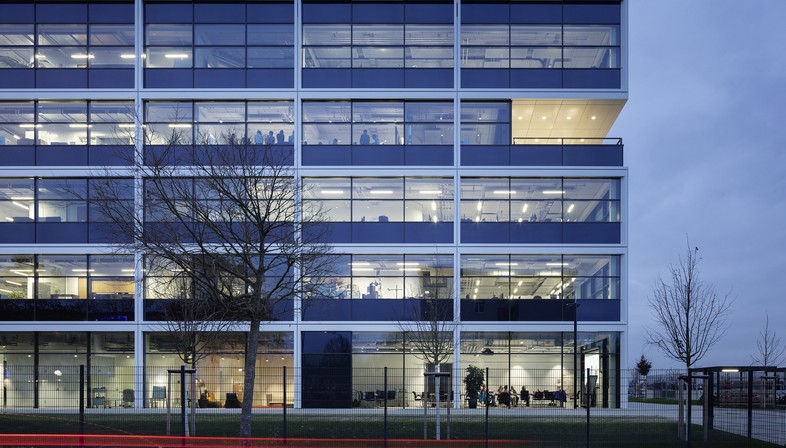 Thirty-three thousand employees, an annual turnover of twelve billion, and reseller companies owned in over one hundred countries. These are the impressive figures that make up Stryker Corporation, one of the largest global companies in the medical sector which, since 1941, has been operating in the fields of prosthetics and orthopaedics, as well as, more recently, the neurotechnology sector. In order to hold onto its top spot, it pours a vast amount of investment into technological innovation and research every year. That is why in 2016, Stryker Leibinger, the German branch of the multinational company, commissioned Henn Architects to build a research and innovation centre in Freiburg, Germany.

The Stryker Innovation Centre, inaugurated at the end of 2018 after two years of construction work, is home to 380 employees across its five floors. These are key employees for the company, who enjoy 8500m2 of dedicated floor space. On the ground floor are the lobby and meeting rooms, as well as part of the staff canteen and café services. The first floor is entirely dedicated to laboratories, a feather in the cap of this cutting-edge biomedical engineering giant. Finally, the top three levels are dedicated to managerial offices and team collaboration areas.

When designing the upper part of the building, Henn Architects wanted to establish a visual relationship between the various working areas across all floors, in a way allowing a team assigned to a project to supervise and interact with the others. In order to achieve this result, a series of triangular openings were made, progressively translated in plan from one level to the next in the upper floors in a clockwise direction, thus creating a perspective that embraces the full height of the last three floors of the building. A visual effect playing with full and empty spaces, allowing the gaze to stay close by, in one’s own work room, or to travel across almost the entire building. Finally, a spiral staircase joins these working areas together, forming a section which provides a view over the central entrance hall which can be used as a stage for any company presentations.

The Stryker Innovation Centre was actually founded in 1998 following the acquisition of a manufacturer of titanium plates for maxillofacial surgery. However, at the time of the acquisition, it was a single-storey building, a workspace that was not aesthetically pleasing. As a result, the sheer scale of Henn Architects’ project makes it difficult to refer to it as an extension - it would be more correct to refer to it as a company architecture built from scratch, in part because a great deal of care was put into ensuring that it visually represents the founding values of Stryker Corporation. Extreme precision and technology are the traits that distinguish the work of this leading biomedical engineering company. These values are to be found in the reflective windows, interspersed with square white metal frames, repeated in a precise grid across all the façades of the building. From the outside, the Innovation Centre appears as a cube which is firmly anchored to the ground, with only two loggias carved into the volume to create a dynamic moment in the composition.

As one might expect, Henn Architects and Stryker Corporation have placed great emphasis on the energy performance of the building, which achieved a LEED Gold certification in 2018. Even the comforts designed for the employees are enviable: they have total freedom to manage their lunchbreak as they see fit, making use of the independent kitchens, the bar/café for those who do not want to bring food from home, or indulging at the internal restaurant with its own chef. 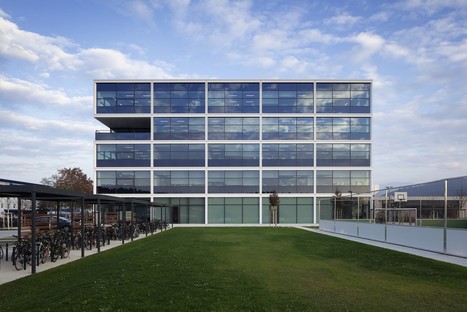 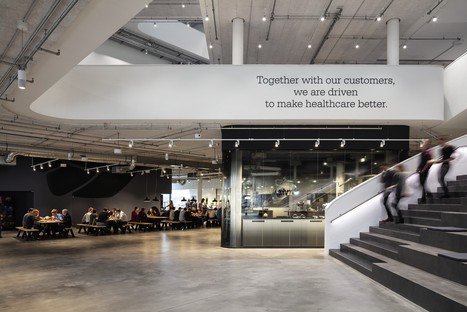 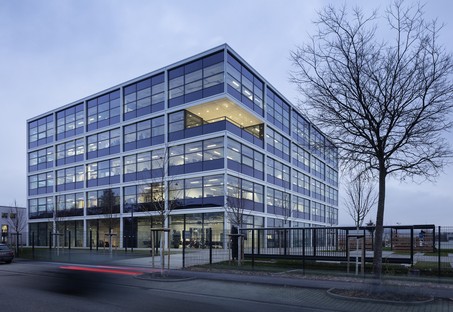 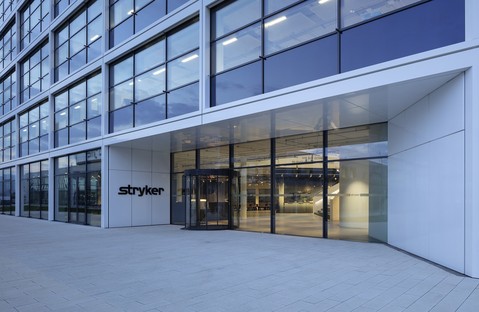 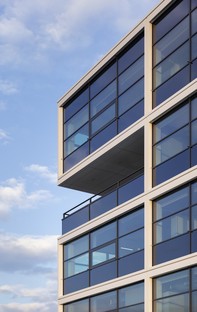 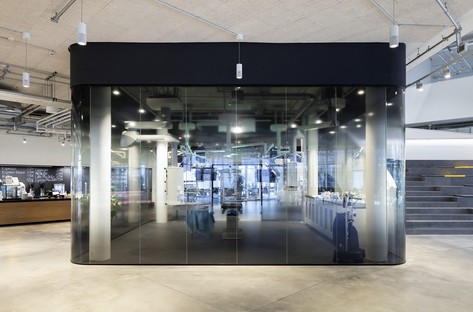 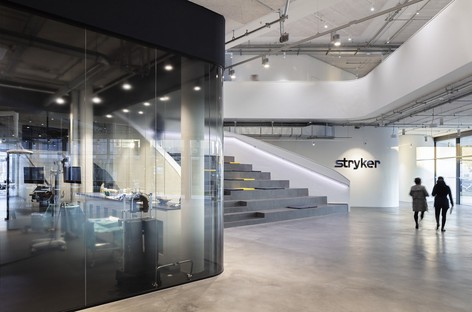 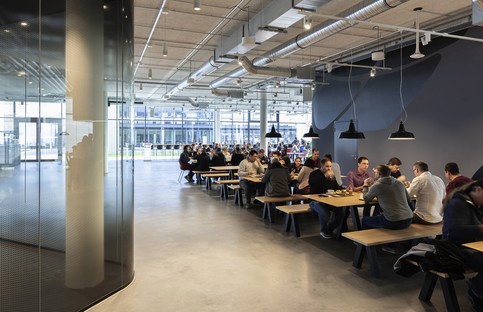 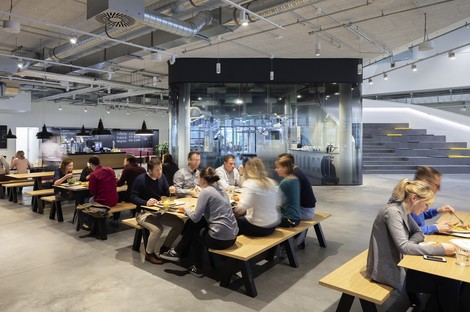 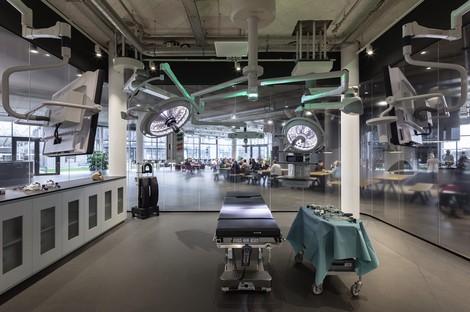 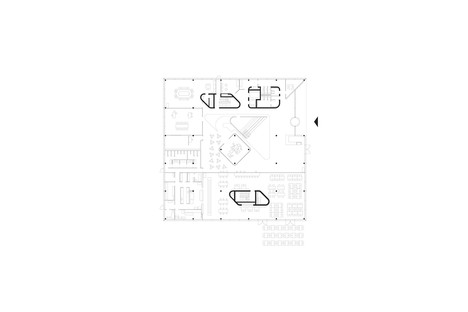 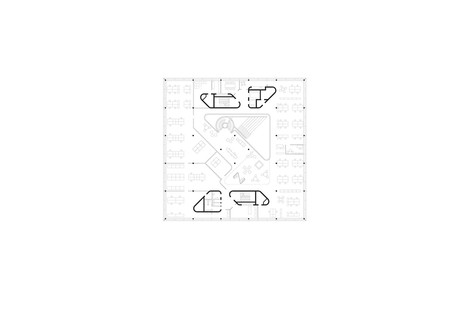 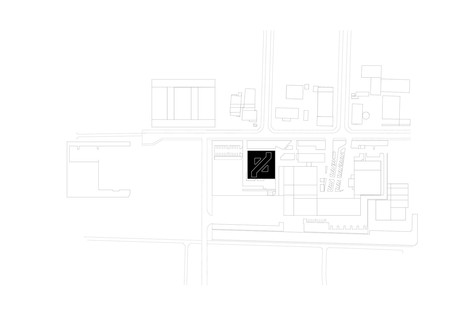 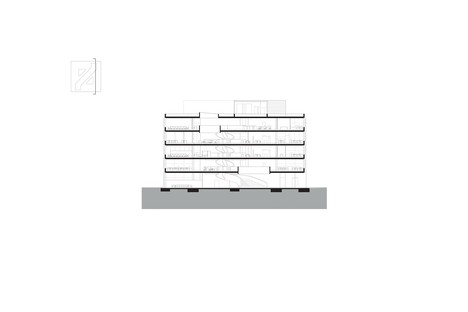 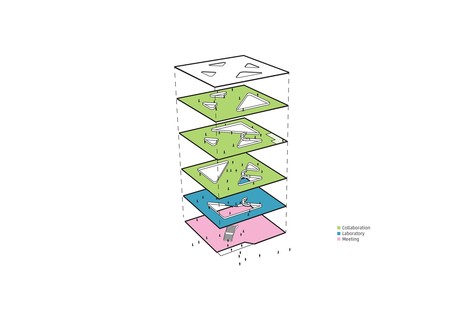 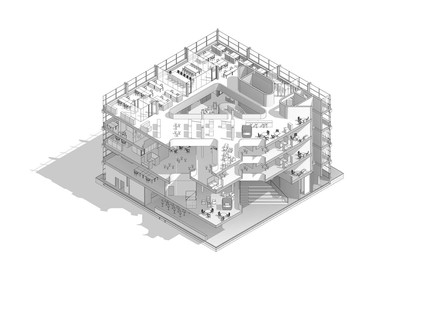 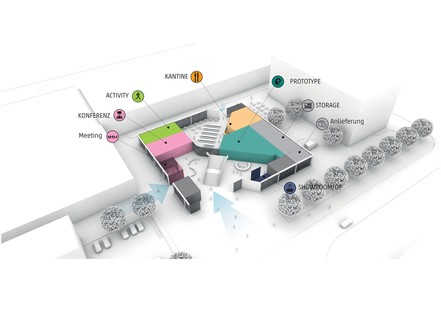