Studio Steyn designed a chapel for the Bosjes Estate in South Africa drawing on a multitude of sources of inspiration ranging from the Bible to Dutch colonial architecture and the surrounding landscape, creating an apparently lightweight simple form and structure. 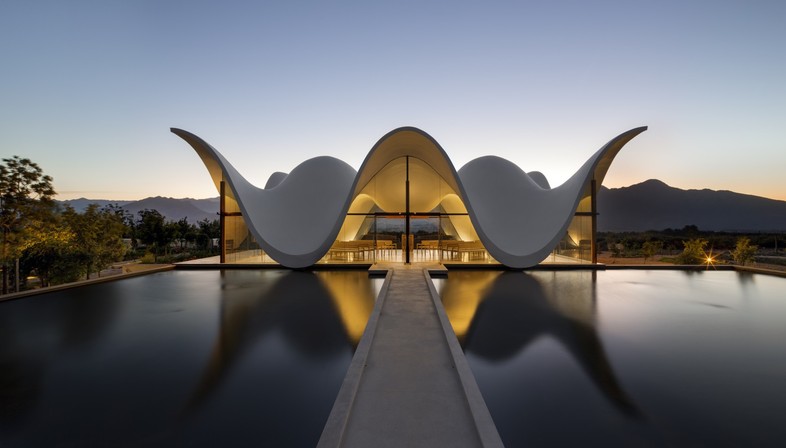 Coetzee Steyn was born in South Africa, and so he didn’t hesitate to pack his bags and leave his studio in London when Bosjes Estate commissioned him to design a chapel for its grounds. Bosjes is one of many properties dotting the innermost part of the Western Cape, north of Cape Town, where hotels, events and winemaking are combined with a variety of outdoor activities offering a particularly high level of quality for tourists wanting to discover lesser-known parts of South Africa.
But South Africa is more than just surfing, safaris and vindication of human rights after years of apartheid: it is an incredibly complex country sure to amaze anyone who approaches it. To get an idea of its complexity, the country has three capitals and seven official languages!
Bosjes Estate was founded in 1870 in the Breede Valley (known as "Little Switzerland") north of the Stellenbosch and Franschoek regions, known for their Tuscan-style landscape and enviable wine production.
Steyn Studio was asked to design a chapel to be built on the vast grounds of the estate. The necessary conditions were that Bosjes Chapel would become an iconic building, a landmark in its category. And this is what the architects delivered, drawing on haughty sources of inspiration: the shape of the mountains that provide the backdrop, which Steyn represents in abstract, sculptural form; and Psalm 36:7, "How excellent is thy lovingkindness, O God! Therefore the children of men put their trust under the shadow of thy wings. They shall be abundantly satisfied with the fatness of thy house; and thou shalt make them drink of the river of thy pleasures. For with thee is the fountain of life: in thy light shall we see light." The poetry of this passage is reflected in the chapel architecture, in the form of a structure that appears to lightly float and glide in motion although it is physically static.
To achieve this visual result, the entire building had to be simple, unifying and fluid, while structurally efficient. Steyn decided to use the roof as the characterising element of the building: its lightness and dynamism are identified in a self-supporting structure made up of parabolic and hyperbolic arches recalling forms created using parametric modelling, although that is not the case here. Another element which may be found in abstract form in the iconic shape of the roof over Bosjes Chapel is the “holbol”, an adorned form made up of inward and outward curvatures and spirals found on the fronts of traditional Dutch and Flemish homes, made famous by Baroque architecture.
Despite the building’s apparent simplicity, the conception and construction of the roof was anything but banal. A model was built on a scale of 1:2 to permit proper analysis of details and finishes. To permit assembly, the entire surface was divided into eight mirror sections, and no less than 130 sections were designed as a guide. The roof’s simple yet complex shape required use of 584 braces and more than 3km of wooden slats installed on the trusses of the frame. Lastly, the whole structure was covered with plywood which had first been soaked for 24 hours to give it enough flexibility to follow the curves of the design. After this, 8175kg of steel rods were combined with spray-cast concrete to effectively create the roof. The structure appears ultra-light, almost weightless. The eye perceives it as floating a hand-breath above the ground, but in actual fact the entire weight of the chapel rests on four hidden buttresses, each of which supports a vertical load of more than 50 tonnes. As they say, "don’t trust appearances"!
The chapel interior is inspired by the mission stations that Moravian missionaries built over the centuries in South Africa: visual and utilitarian simplicity, large meeting spaces, and the tranquility of whitewashed walls. The substantial difference lies in the extroverted nature of Steyn’s chapel, with big windows over the landscape around it, while the Moravian missions had a more introverted character, with practically no windows.
In conclusion, Coetzee Steyn’s Bosjes Chapel fits unobtrusively into the natural landscape around it, so that the Breede Valley becomes an integral part of the building’s sacredness, offering important evidence of what an experienced architect can accomplish with a bold client who is open to experimentation, with the right amount of inspiration. 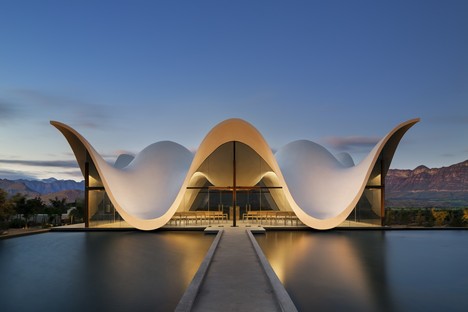 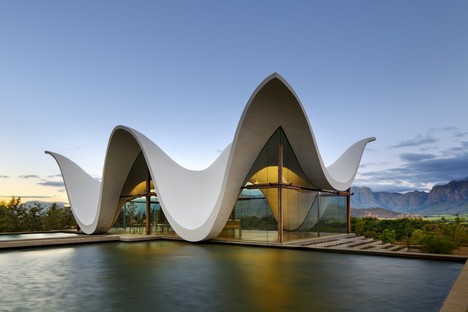 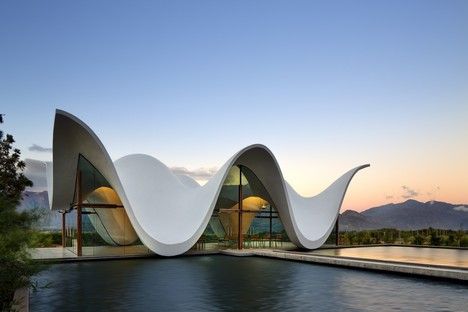 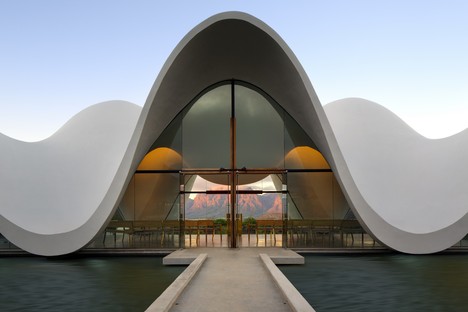 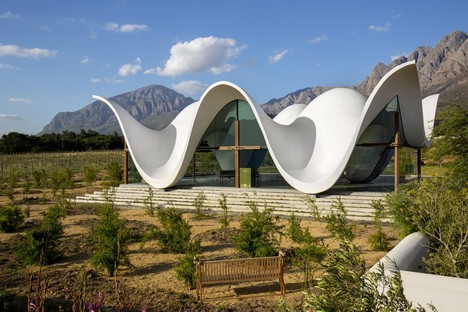 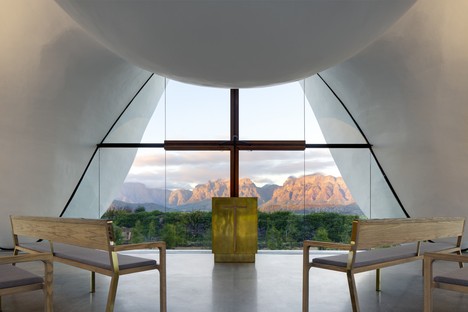 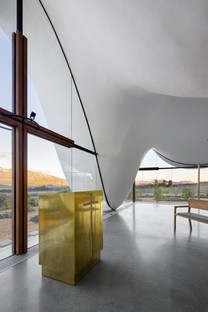 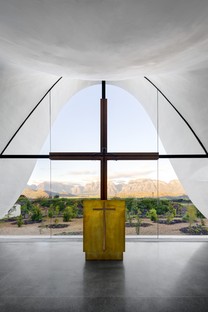 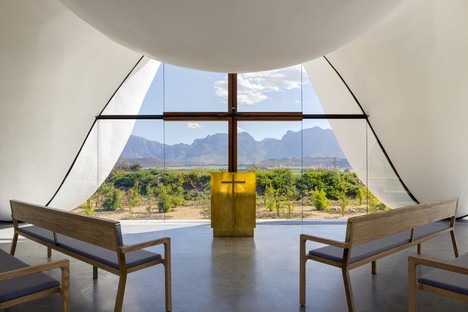 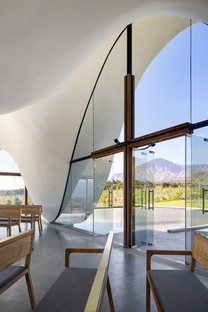 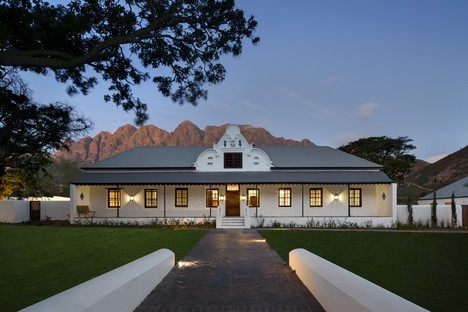 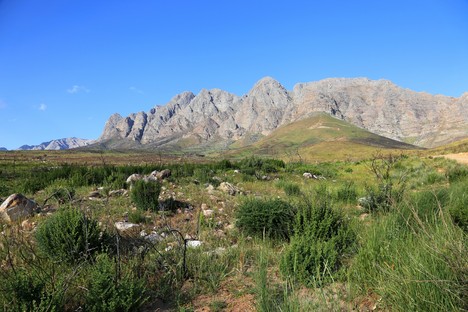 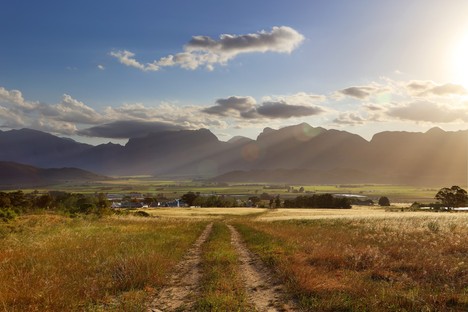 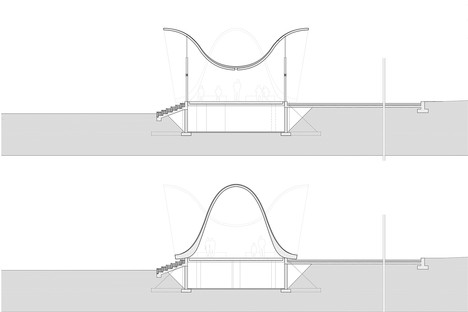 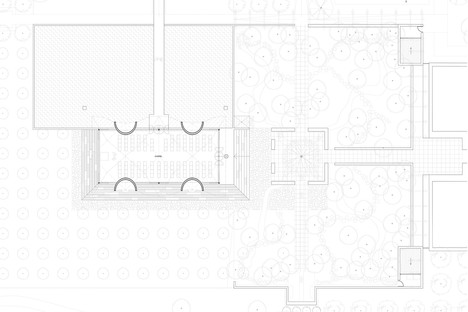 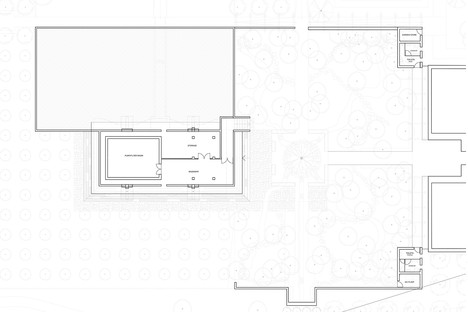 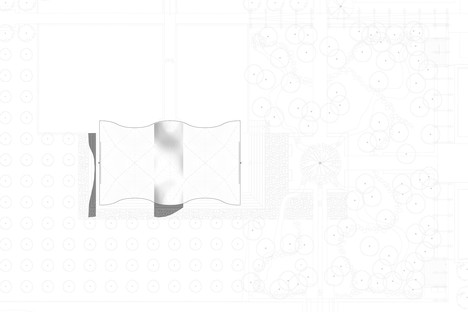 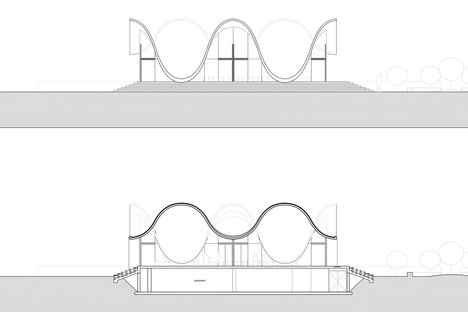 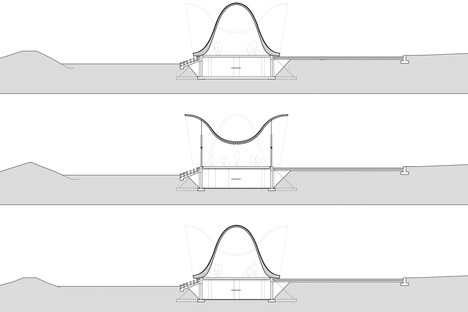 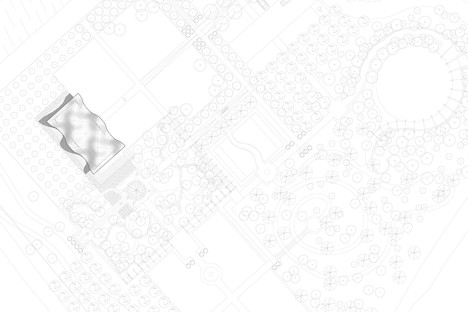 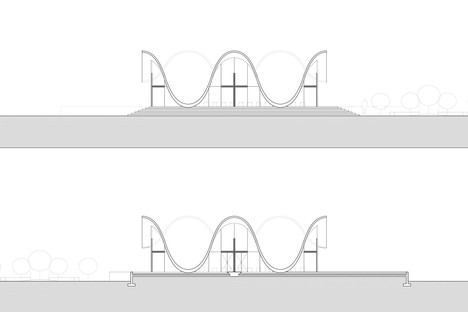 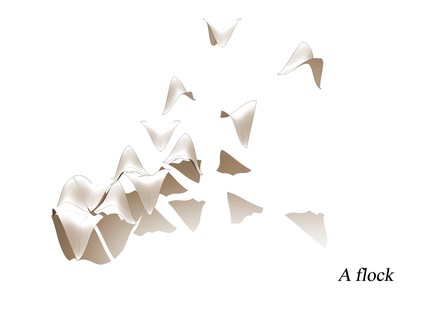 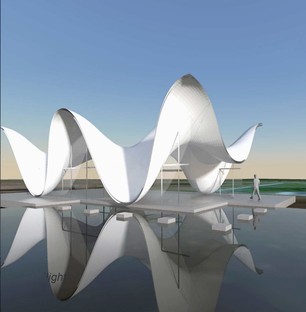 The Garden Café designed by Steyn Studio for Bosjes, South Africa, in partnership with SquareOne, Meyers and Liam Mooney