Snøhetta, Casson Mann and a multidisciplinary team of technicians are working on construction of Lascaux IV, a new international centre for cave art in Montignac. Lascaux IV offers visitors a symbolic structure of great significance to improve their experience of the site. 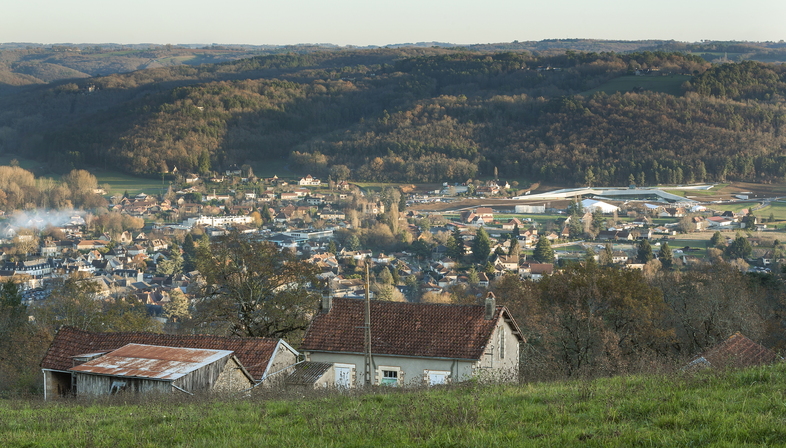 The purpose and way of using a cultural centre, museum and educational facility are the keys to the design of the new international cave art centre in Montignac, France. Snøhetta designed the architecture, interiors and landscape at Lascaux IV, while Casson Mann designed the scenography in partnership with a multidisciplinary team of technicians, structurists and archaeologists.
The rock paintings at Lascaux are twenty thousand years old, and are considered the most important known example of Palaeolithic painting. But access by large members of the public has endangered the rock paintings. Discovered in 1940 and opened to the public in 1948, the caves soon became a major tourist attraction, famous all over the world. The large number of visitors and contact with the outside world soon began to degrade the paintings, to the point that the site was permanently closed to the public to preserve them in 1963. The site then became a UNESCO World Heritage Site, and in order to overcome the limitation on accessibility, two other exhibition sites were opened, Lascaux II and Lascaux III, replicas of a number of the original areas which were exhibited around the world.
Lascaux IV is a further addition to the exhibition in which technology is used at the service of narration, coupled with faithful but declared reproductions of the caves and their paintings.
In architectural terms, the structure of Lascaux IV is described by the people who designed it as located at the intersection of two kinds of unique landscape, that is, right where the hills of Montignac meet the farm fields typical of the Vézère River valley. This connection point is underlined by designing a significant building, in a shape inspired by a natural cut in the landscape, an opening that underlines its dichotomic composition. The symbol of the crack comes from the imagery of cave art, from the concept of the underground, a mysterious place hidden away from the light of the sun, to be discovered. Use of bare concrete, with horizontal veins, reinforces the monolithic image by imitating the action of digging into the rock.
And so Snøhetta builds a construction which is located partially underground, but open to the light of the sun at two points, one created by a frontal cut, on the main façade where the entrance is a long, wide surface which rises up and in a certain sense separates the two levels inside, in which light penetrates horizontally; the other is a deep cut along the backbone of the building, partly filled in by a glass roof offering light from above. Despite this, the entire portion of the building dug into the hill is intentionally kept in the dark to contain the most delicate rooms, the ones housing the reconstruction of the caves. The central walkway with skylights brings visitors back to reality, to their own time and place, after the immersive experience of the cave and the educational area. 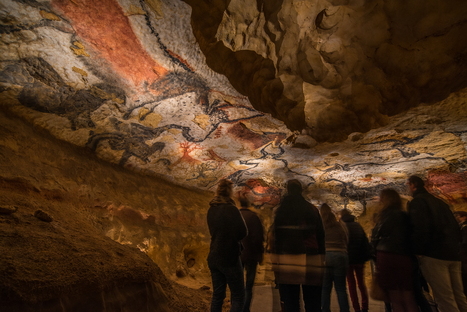 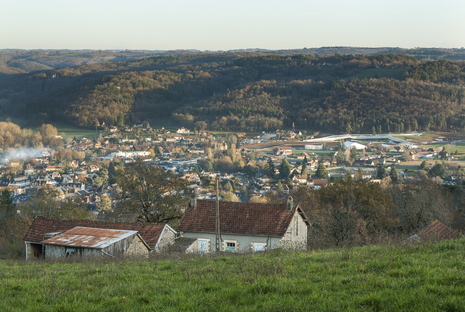 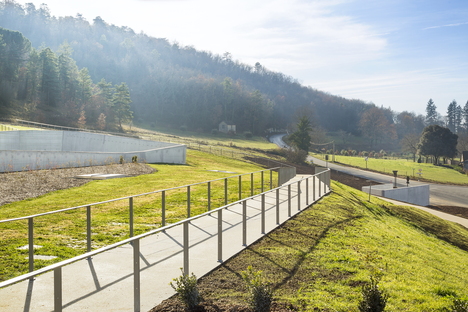 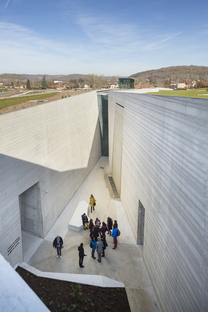 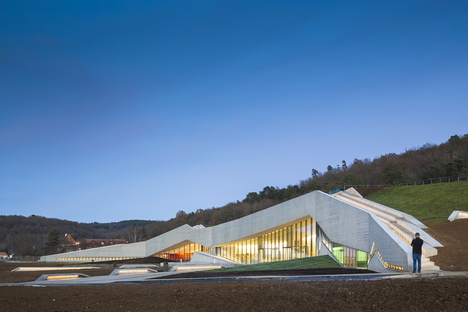 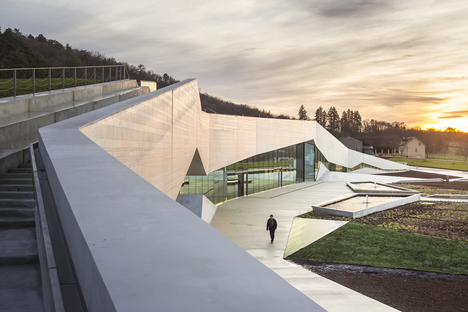 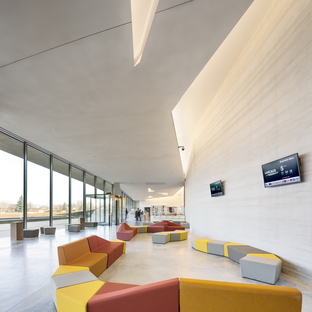 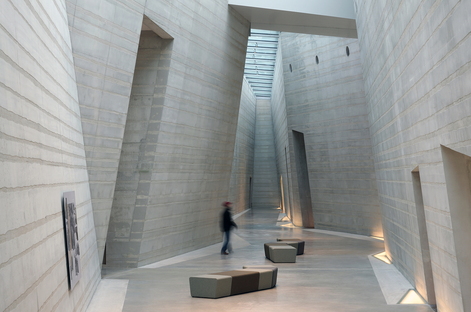 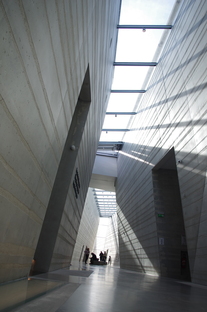 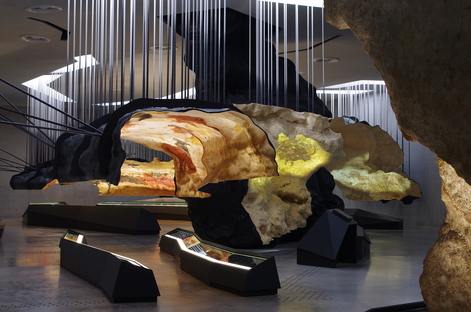 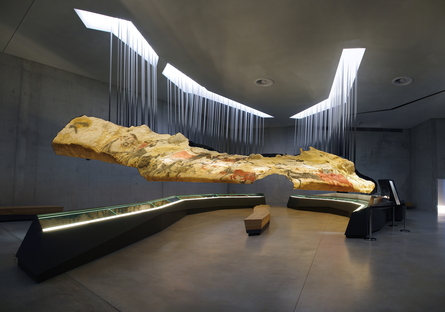 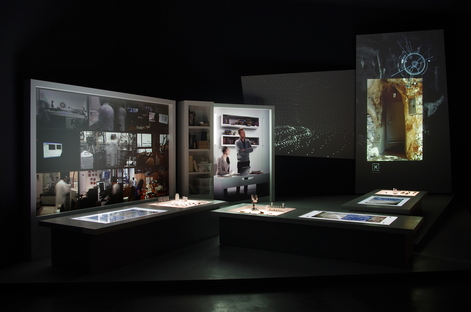 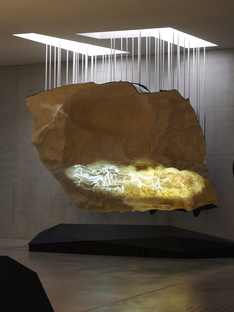 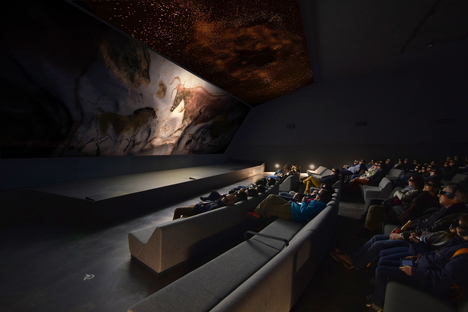 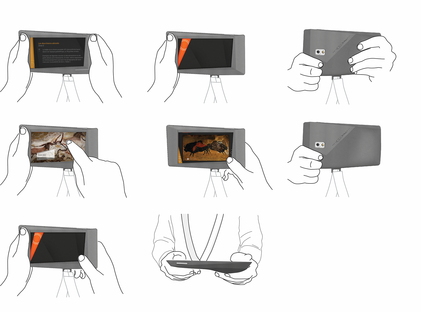 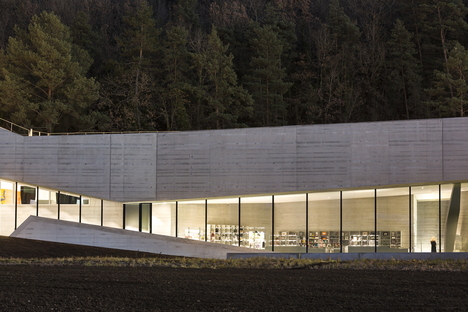 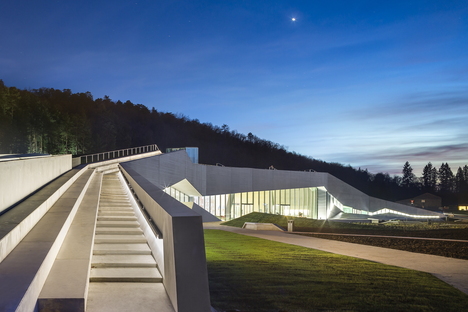 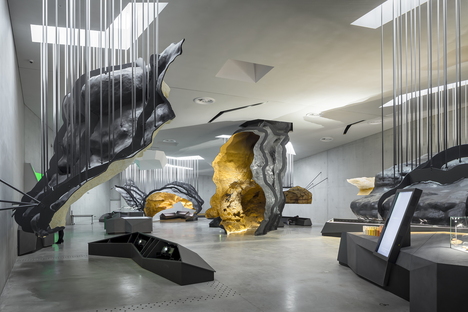 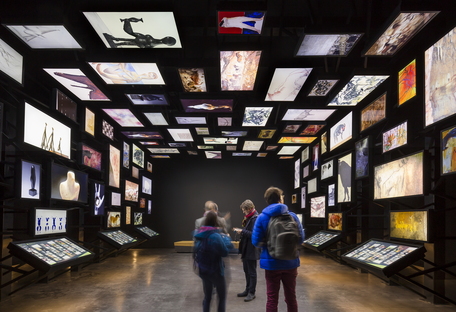 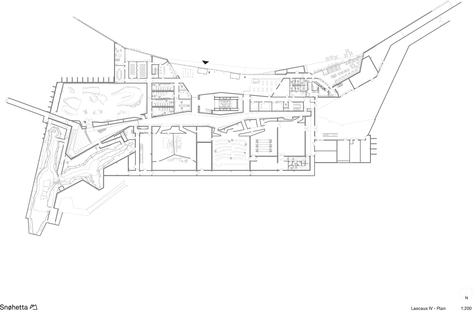 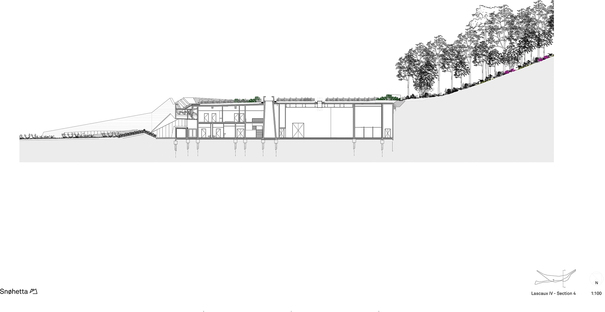 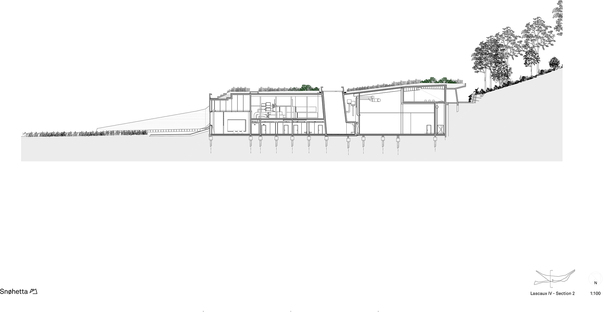 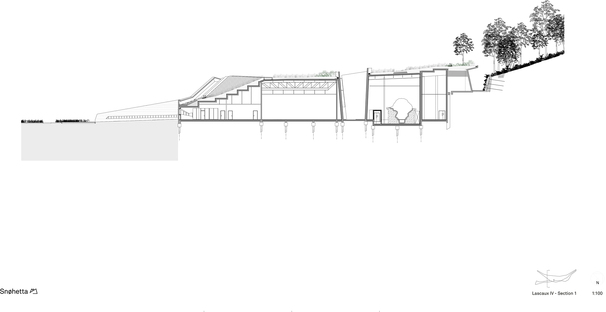