The link between the world of fashion, design and architecture is ever tighter, made up as it is of continual cross-references, passages, allusions and exchanges that give life to a large scale project like the Sixty Hotel. 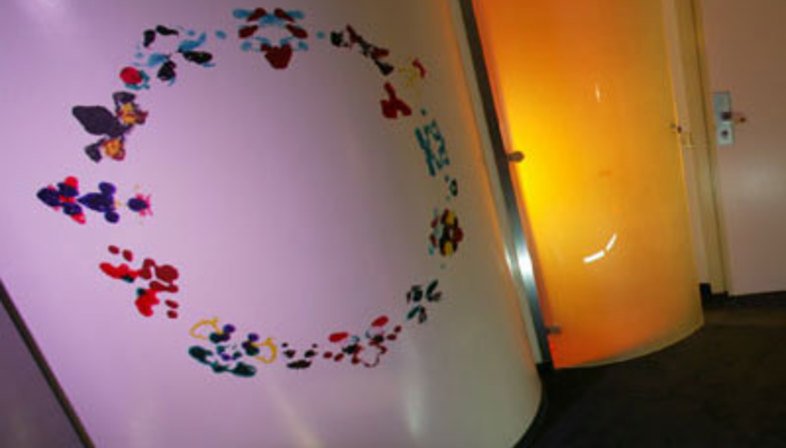 Its marketing is also strongly influenced, as the ever-increasing company strategies show. They are linked to the most prestigious names in architecture, but also to teams of young designers. This is the case of Sixty Hotel in Riccione, situated near the seafront - the first link in a new chain of art hotels designed by the Sixty group, which has been operating in the fashion sector for various decades. The project is the work of the Florentine team Studio 63 which, while incorporating the requests of the purchaser, has produced a glamorous hotel that is also warm and stimulating, thanks to its art, which has been studied to be multi-sensory.
From an architectural point of view the Sixty Hotel has a facade with a strong personality, thanks to the oval-shaped openings that give a touch of dynamism to the building.The hall is situated on the ground floor, together with the stores of two brands: Sixty and Energie. Each of the four flours are distinguished by a dominant colour, starting with yellow on the ground floor, green, orange and finally black. There are 10 rooms per floor and they have deliberately been designed to be medium-sized/small for a young clientele that will only stay a few nights and not spend much time in the hotel.
The main feature of the rooms are the murals and wall paintings by young artists , which have given this geometric, serial architecture (designed especially to accommodate the spirit of this art) a strong personality. Both Italian and foreign artists were invited by Neon, the laboratory/gallery offering innovative and experimental projects that is based in Bologna and Milan but also operates in many other cities. 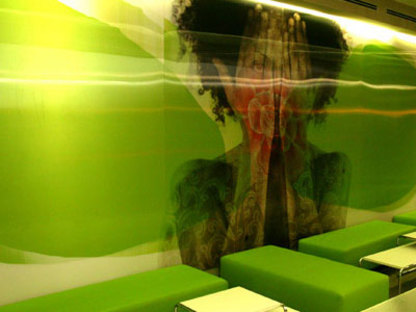 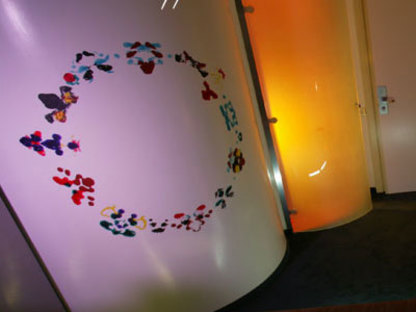 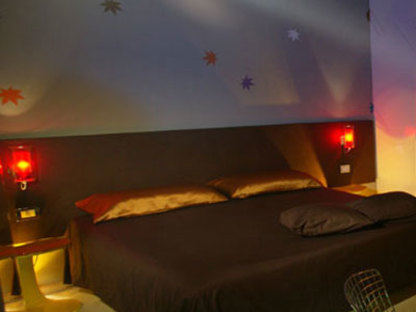 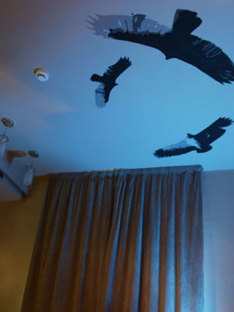 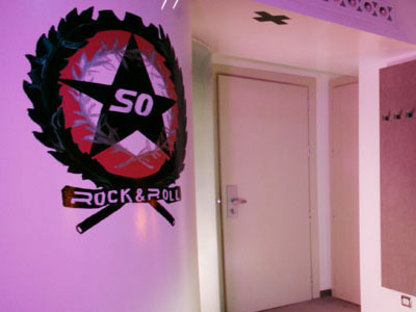 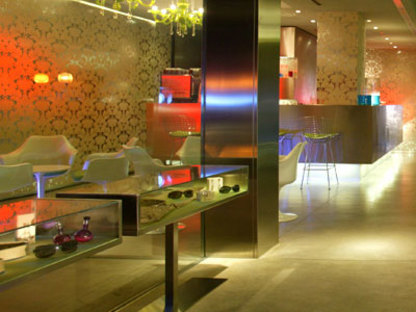