Simmons Hall student dormitory is a product of the expansion of the Massachusetts Institute of Tecnology (MIT) which will unite all MIT properties in a single campus, making it one of the world's most advanced university campuses when the project is completed in 2004. 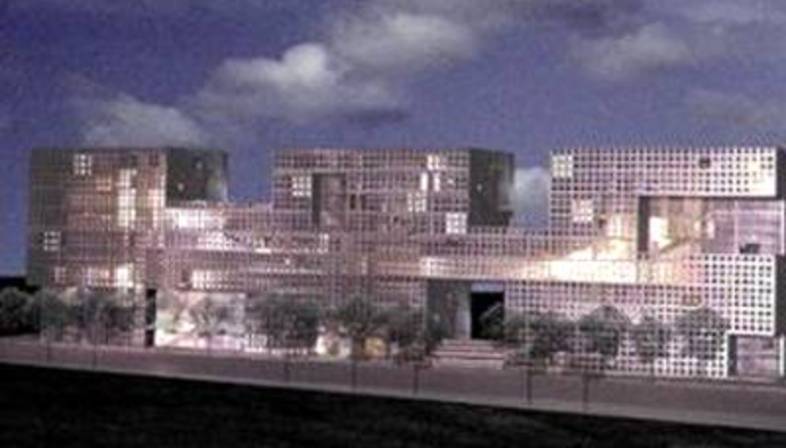 In a context strongly marked by contemporary architecture (including Alvar Aalto's Baker House and Eero Saarinen's Kresge auditorium), the great names in contemporary architecture commissioned to create new campus buildings include not only Steven Holl but Frank O Gehry, who is building the Ray Stata Center, and Fumiko Maki, whose Okawa Center is an extension of the Media Lab, and Kevin Roche, who designed the Zesiger Sports and Fitness Center.
The Simmons Hall building, which will house 350 students in single rooms, was designed by Steven Holl as a vertical cross section of a city, ten storeys high and over 100 metres long.

Just like a city organism, the residence has its own internal traffic system connecting students' rooms with common areas such as study and computer areas, a 125 seat theatre, a 24 hour coffee station, a fitness centre and a dining room with open-air seating.
The unusually long, thin lot required Holl to take special measures to prevent the building from becoming a compact block which would massively shut off air flows and views over the Charles River flowing along the edge of the campus: he has designed a "porous" building which breathes and has large openings offering views out over the landscape.
Conceived as a sponge, the building is characterised on the outside by walls with over 3000 small square windows alternating with larger windows in the common areas, entrance areas and open spaces.

These large openings cut into the tight weave of the facades break up the monotony of the residential block and continue inside the building, like soft chasms, identifying and characterising common areas with their irregular curves of bare cement.
The building's transpiring skin was created with the aid of the "Perfcon" system invented by engineer Guy Nordenson, consisting of prefabricated reinforced concrete panels 45 centimetres thick which form a grid of 60 x 60 cm square windows. 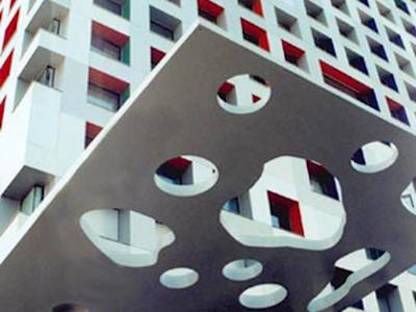 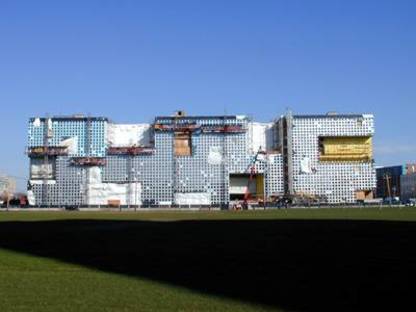 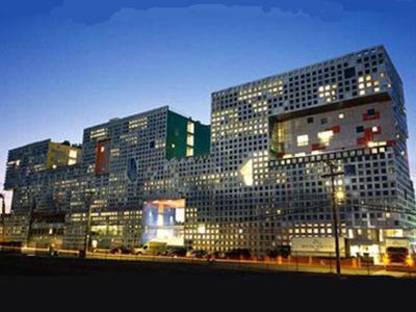 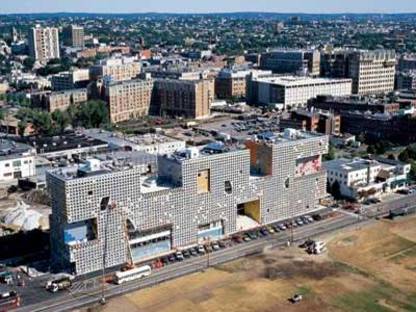 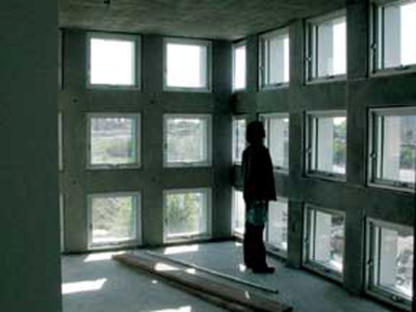 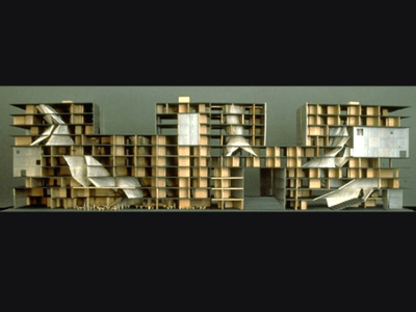