Public washrooms  an unattractive, somewhat embarrassing subject.
And yet they were the inspiration behind architect Shuhei Endo's investigation of his "Rooftecture". 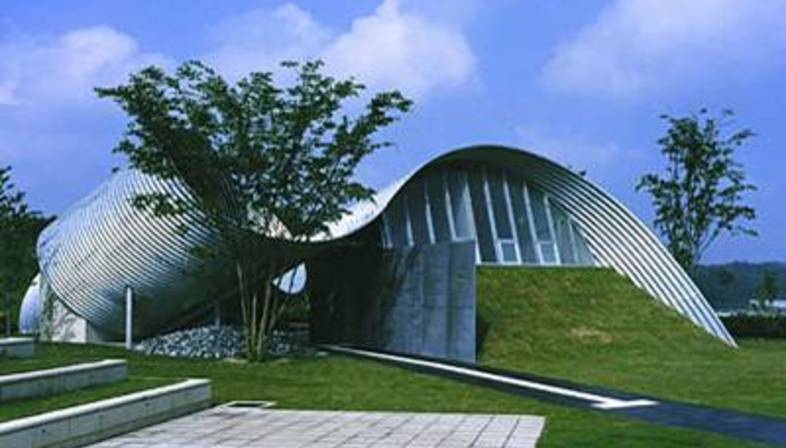 This small building only 119 metres square in Singu-cho Park demonstrates that prestigious architecture can be created even with limited means, economy and an unattractive subject. Even washrooms can become a landmark, changing the landscape around them and having their own influence on contemporary architecture. The spaces in this tiny building are strongly characterised using a single basic element: strips of steel. The material is an industrial product, manufactured by corrugating sheet steel. The sheets have structural strength and are long-lasting and recyclable thanks to their galvanised surface. The sheets are of standard size, and the structure was erected directly on the site with nuts and bolts.

The structure takes the basic form of a large spiral, a very dramatic form which nonetheless arises out of the nature of the material and appears very logical and natural in its place. Partially included secondary materials are introduced to help define the building's function. The idea was to create a link between open and closed spaces through the continuity of the sheets of steel. What are walls inside become ceilings and floors on the outside, creating a series of fluid changes without distinguishing them as elements.

This new heterogeneous form challenges the norms of the modern architecture which the visitor is used to seeing in existing constructions.

The functional programme requires an economical "open" scheme yet a formal appearance of a "closed" environment to give the user a sense of security.

The characteristics of the "open" are essentially the possibility of free passage which the architect supplies in three directions, without identifying a specific entrance point. Shelter (the sense of being closed in) is provided by the sheets of steel enveloping the visitor and accompanying the visitor from the outdoors in.

This duality is a part of the style which architect Shuhei Endo defines as "halftecture", which introduces outdoor space into the architectonic construction.

The project has earned considerable recognition: it won the ar+d "World's Leading Emerging Architecture" price in 2000, awarded by "The Architectural Review" magazine, and was one of ten finalists for the Borromini award for young architects in 2001. 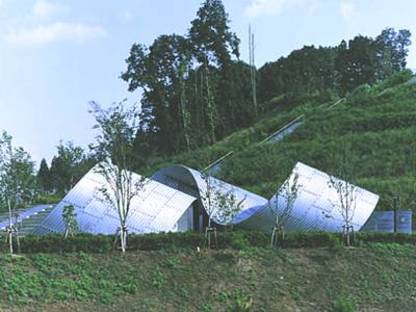 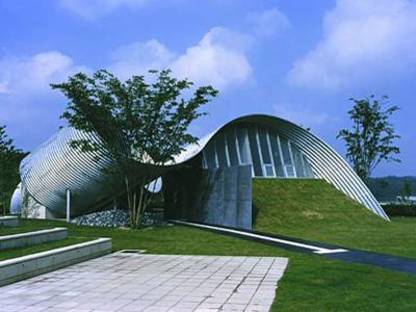 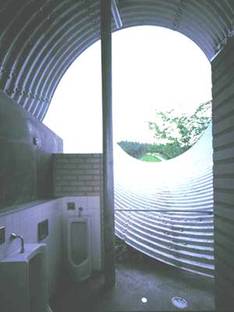 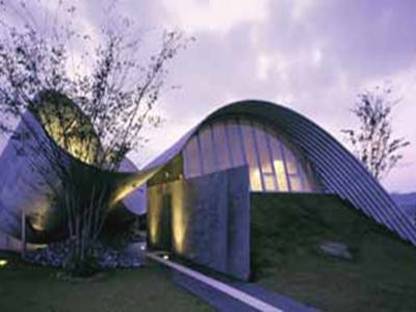 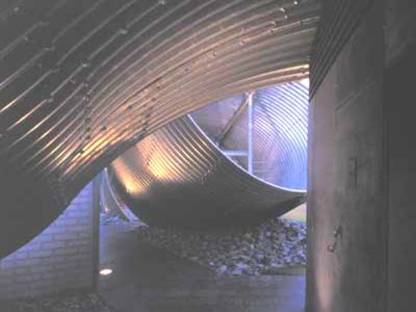